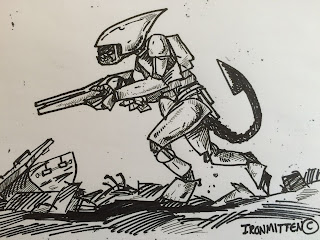 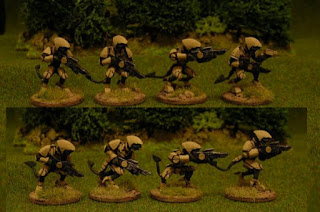 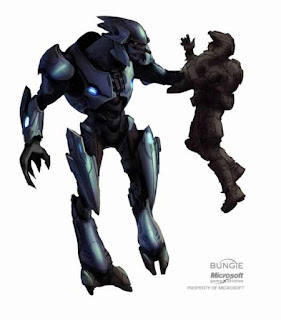 Also you could use a lot of Tau machines with these guys as their legs etc look very similar. Also being 15mm the Tau machines look like massive Mechs, Khurasan have plans to release Soriog Mechs/ War Harness but they have been in production for a while now. Tau battle suits are a great stand in for the time being :).
Posted by Secundus at 2:50 pm