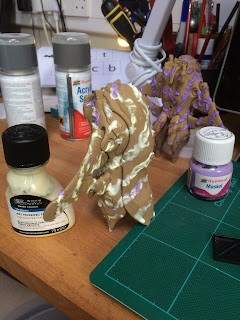 These two large Alien VTOLS have sat in my cupboard for months if not years, time to finish them off. I tried out the Humbrol masking fluid as I had worried that the Windsor and Newton was getting a little watery on my last use of it. Both fluids worked well and the there was no real difference in the end result. 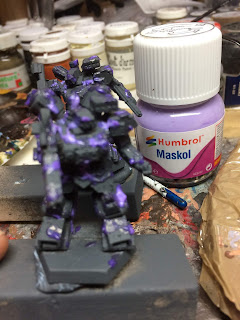 Heavy Gears will be used as light mechs for the Federal Army. I have found that just doing two colours works best for 15mm with the results being more striking. I could have gone for more of a contrast in colours but decided to keep them quite similar greys in a kind of urban camouflage. 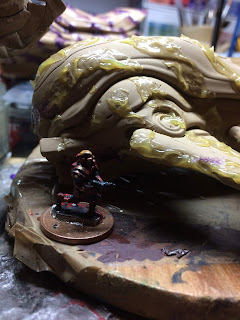 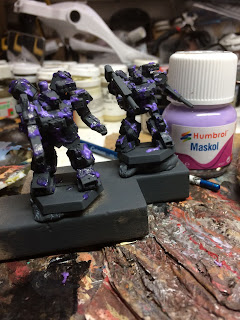 I have had these figures in a bag for almost twenty years and as a result I had lost one of the arms on the 'kodiak'. However, a quite route through my bits box turned up a good replacement that seems to work nicely. 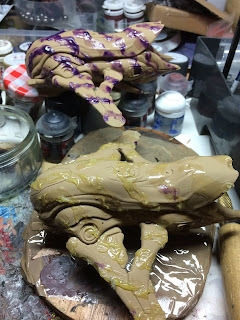