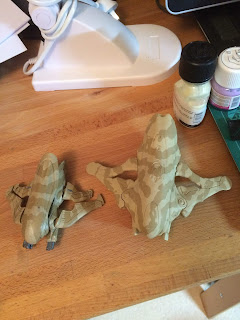 I'm not quite sure what I will actually make these guys, at the moment I see them as Heavy VTOLS carrying two squads of infantry. The smaller craft are either going to be smaller one man squad VTOLS or some kind of fighter/ attack craft. 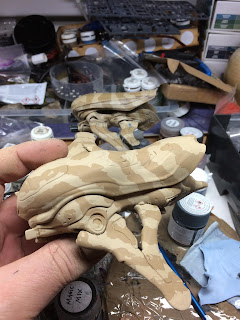 The Soriog craft are patterned like the dreaded Apocs from their home world, a touch they hope will strike fear into their enemies. 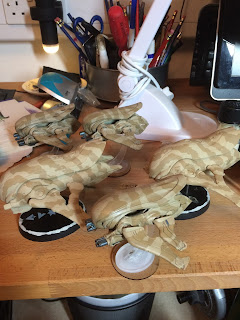 The Soriogs have a landing force at last, The outer colonies had better watch out. 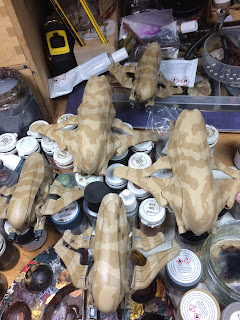 What company do the VTOLs?

The VTOLS are Halo toys from Amazon, the scale seems to fit with 15mm. This is the thing i like the most about playing this scale, looking for cheap vehicles and buildings to use.