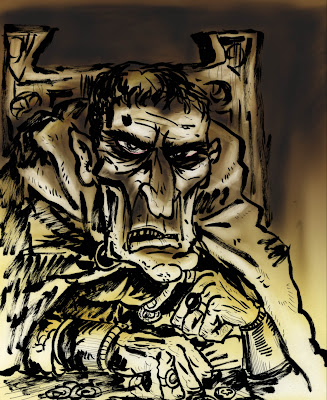 After his run of bad luck, the Gods finally show mercy on Alanicus. In August, a large gold mine is discovered in Thrace, It was also in this month that Alanicus makes his most daring strike so far .
After mustering a small fleet of the coast of Greece, Alanicus sets sail for Egypt. His tiny fleet reaches Egypt safely and Alanicus steps a shore to claim the Province as his own. However, the city did not come cheap, Alanicus had to put together the largest bribe so far to claim the Province as his own , this did not sit well with him and he bent his mind to how to get it back. He now controlled the bread basket of Rome and he managed a thin smile as he mulled over the possibilities.
Egypt was the richest Province in the East with it's great port and famous City not to mention it's fertile plains, Alanicus knew he had snatched it from Tullus and his African army and readied himself for the inevitable.
The jewel in Africa's crown had been stolen and Tullus would not be happy about it!
Posted by Secundus at 11:45 pm

One of my favourite blogs!
Fantastic!
cheers
David