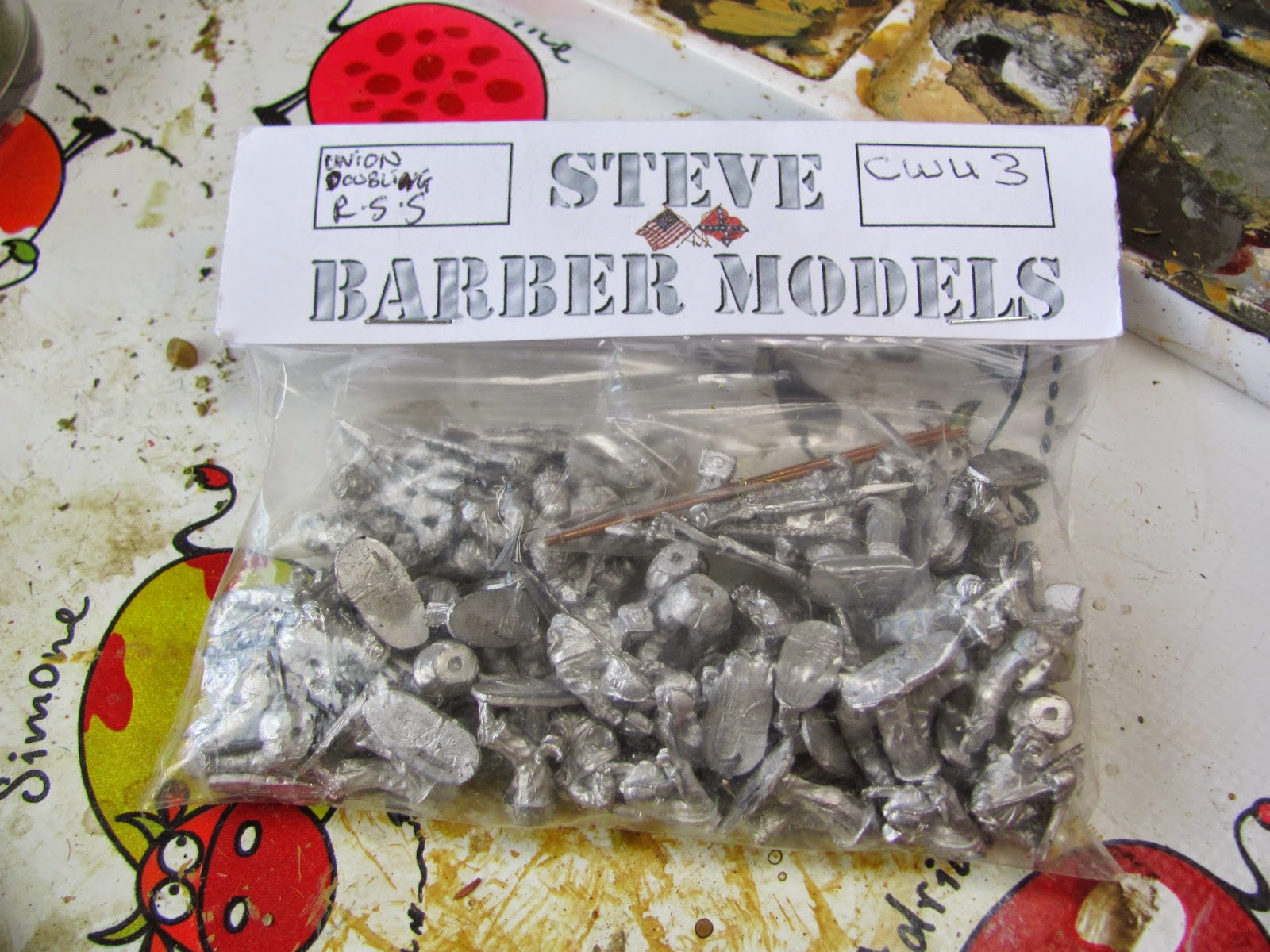 Over Christmas I was lured back into ACW by my ever going obsession with Regimental Fire and Fury. While in the 'zone' I ordered some models from Steve Barber as well as another set of RFAF.

Well, they arrived and I was very pleased with them. Steve has come up with a clever way to give maximum variety into units. Redoubt went some of the way with their separate heads, but Steve Barber has taken it to another level by having multiple legs , torso, arms and heads. The heads also work really well on Redoubt models, some might even say an improvement to the limited ones from Redoubt.

I did order some Redoubt 'Kepi,firing line, sack coat' last year and much to my surprise they all arrived with the head already molded on. I wonder If this is because other companies (like Steve's) are doing separate heads now...just a thought as I did think it at the time.

Anyway, I was impressed with the amount of character I was able to achieve from the pack of 24 models.
After collecting ACW for many, many years I have come to the conclusion that most ACW units look better advancing on the double with right shoulder shift. The pose is one of the strongest and lends itself to static or advancing troops.
I had great fun adjusting the figures as I put them together to make subtle differences, I found this part as entertaining as the painting process If the truth is told, in the same way I enjoyed messing around with the Warlord plastic Romans. It's nice to have a feeling that you are creating unique characters that may not exist anywhere else. 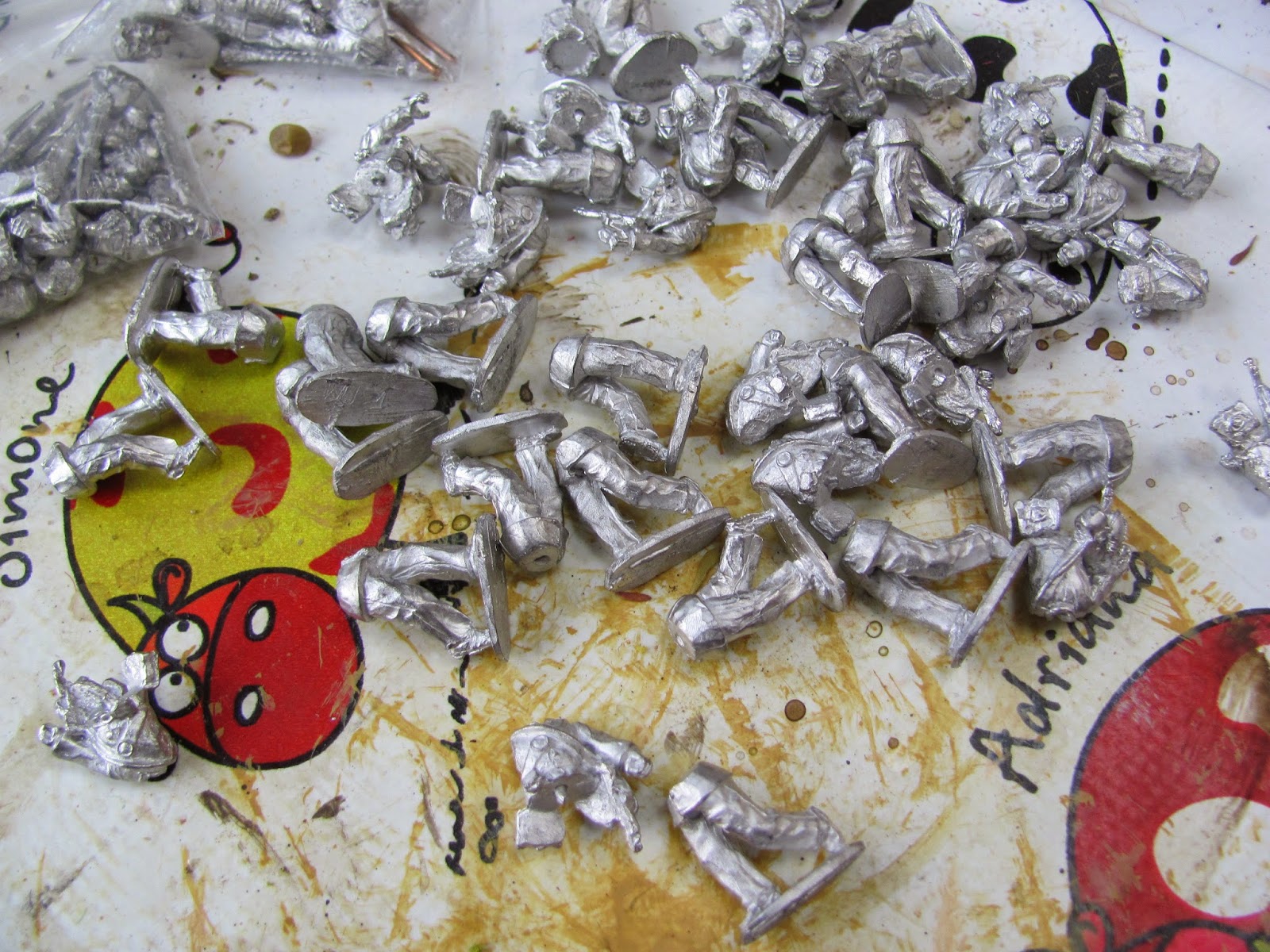 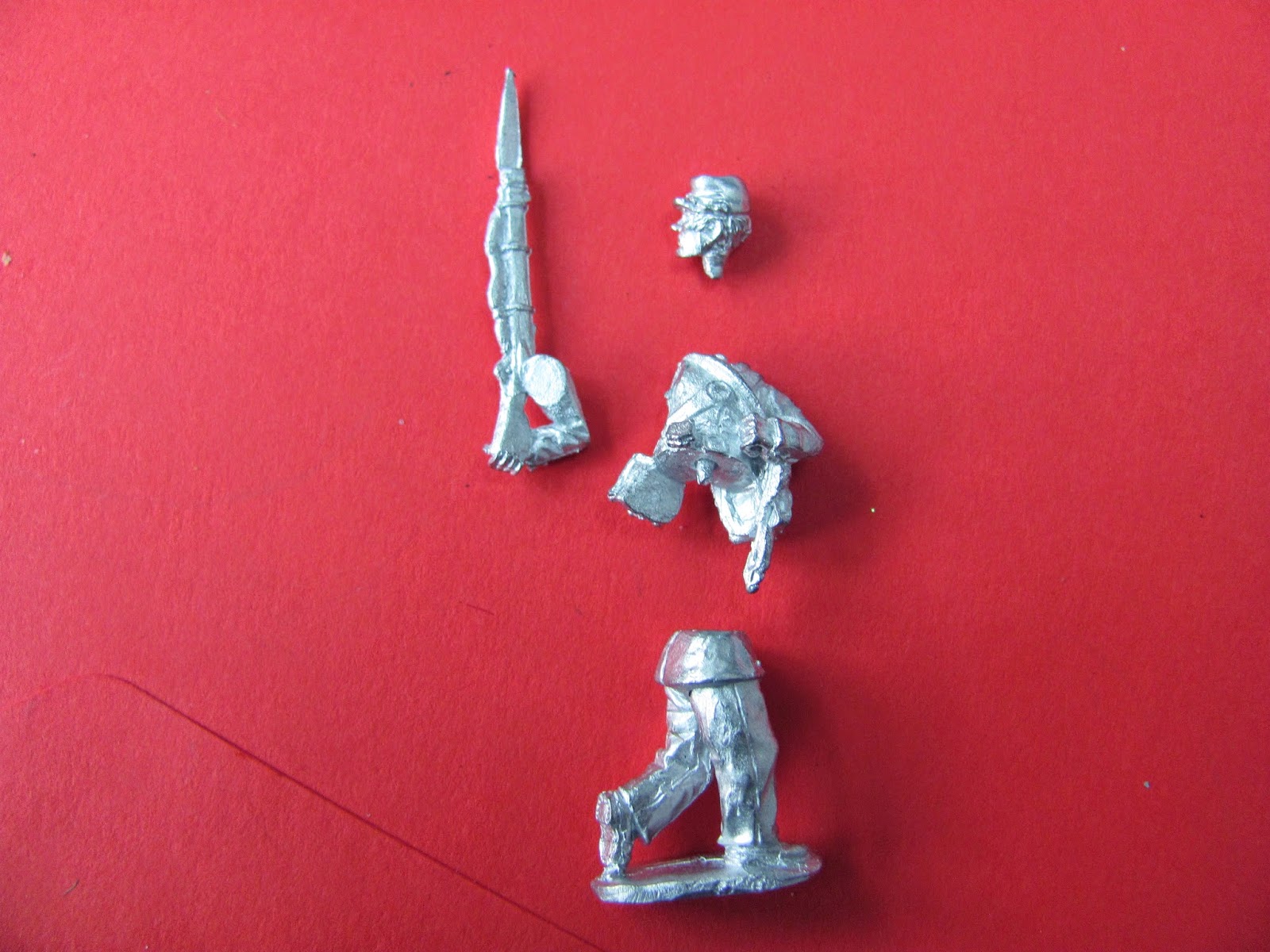 Here we can see the parts that go to make up a Union Infantryman.

If I did have to gripe about anything It would be that I wished the arm had a 'tag' that would fit inside a hole on the torso, just to make that fix easier and quicker to do and maybe more secure. That said once glued the arms seemed fine, but still a 'tag' would have been nice, must like the ones Foundry use on their ACW ranges.

Apart from that though a great pack of figures with loads of possibilities to add character and unique personalities.
Size wise they came in at the bigger end of the scale, but not enough to make them unusable with many of the big figure brands.
Posted by Secundus at 5:04 pm

I was very impressed by this post, this site has always been pleasant news. Thank you very much for such an interesting post. Keep working, great job! In my free time, I like play game: mutilateadoll2game.com. What about you?

I'm happy about everything you bring it very interesting and helpful, thanks

I like your all post. You have done really good work. Thank you for the information you provide, it helped me a lot. I hope to have many more entries or so from you.
Very interesting blog.
www.baixarfacebookgratis.com.br