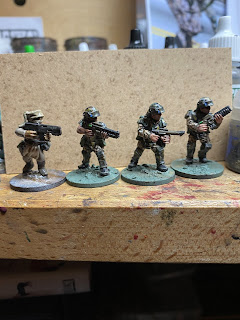 I was so impressed with the desert fighters from Trent Miniatures, that I started to look around for some one they could fight against. It wasn’t long before I came across future marines from woodbine studios, part of Gripping Beast. These marines are of course from one of my favourite films, Aliens. Well, it didn’t take a lot of thought before I ordered two packs to check the size. They are true 28mm so fit the Desert fighters perfectly. It is worth saying that both sets of mini’s are sculpted by the same guy (Rob Baker), so they work very well together.
I have always fancied playing a bit of modern warfare and with these two ranges now I can. A bit of near future, hard sci-fi. 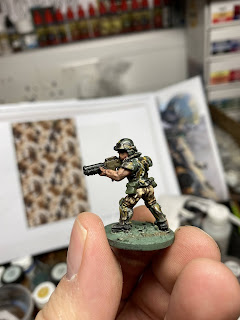 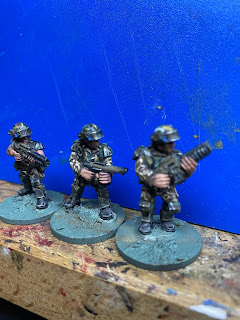 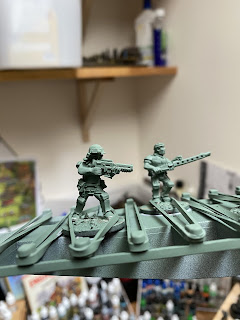 I spent a lot of time researching the camo and armour designs. The great thing is, that because the film was made in England, Humbrol paints were used to paint the armour. To my amazement I actually had the exact colour paints in my cupboard. So I sprayed the figures with Humbrol Dark green, the base colour for the metal armour used in the film. From here I painted in the sand yellow, black and chocolate brown to complete the look.
As there are so many Re-enactors portraying the unit at events, the internet is buzzing with costume facts and reference material. A lot of it varies in quality but some good close up studies can be found of just about every item of kit. Very useful indeed for a Painter. 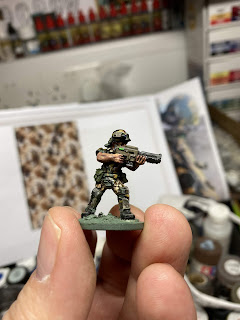 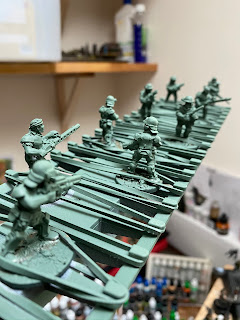 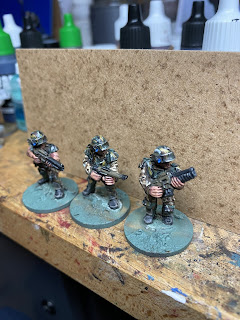 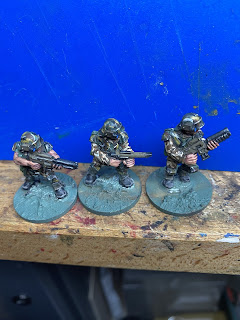 Check out the scratches on the wall... best activate the tracker. 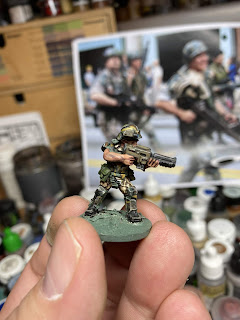 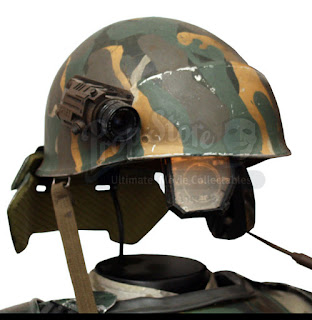 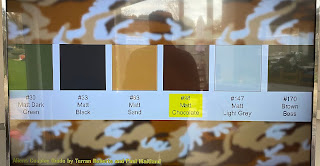 The exact paints used for the film production and a wealth of props make this project a fun one. Also I thought with these marines, Xenos or zombies could make for some fun games as well.
Game over man...game over! 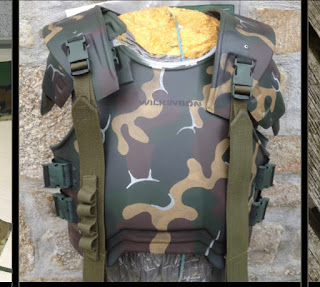 I have always been tempted to build a marine unit and some bugs of some sort, but have never pushed the button.