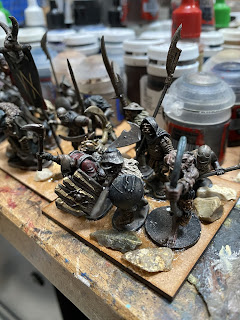 I was pleasantly surprised that I managed to create three bases from this lot. A couple of the bases I loaded with seven miniatures to make them look more horde like. After creating Dwarf shield wall bases with seven on, I thought it’s the least I could do. 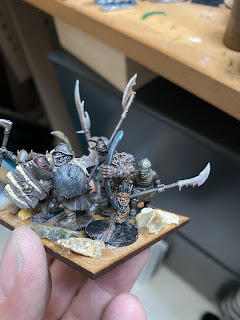 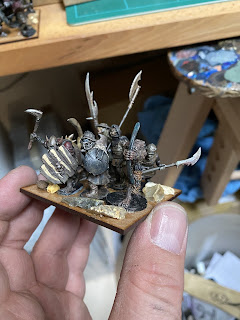 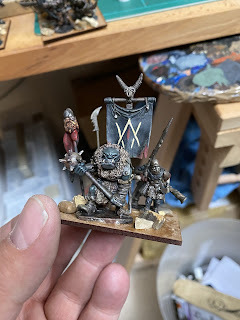 This large Black Uruk must be high ranking as he has two standards. I originally had him down as a large bodyguard figure, but in the end he ended up becoming a cheiftain of two tribes, not bad. 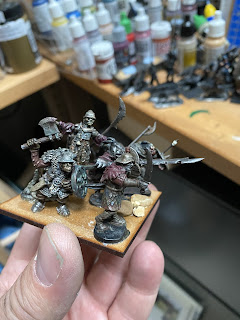 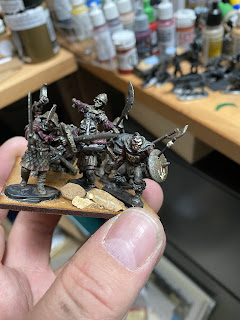 Even my sculpted figure ended up getting a small standard, I think he’s going up in the world. 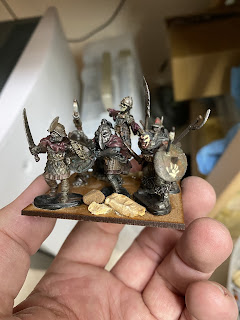 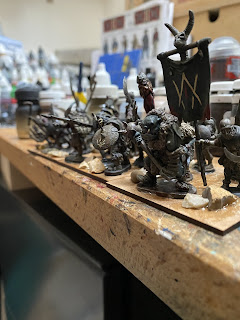 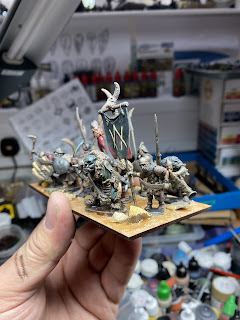 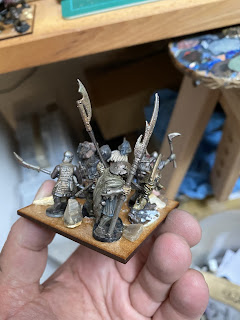 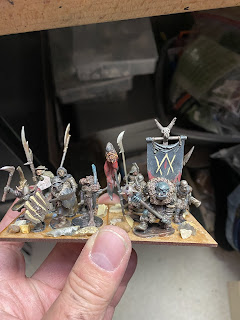 The standard is meant to be Mount Gundabad with its three peaks. Hidden inside is the red eye... 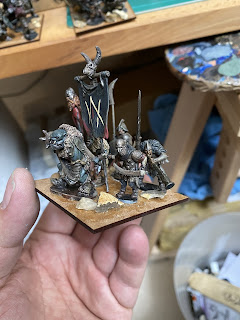 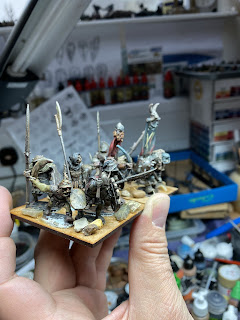 Thanks for sharing this blog...