More lambs for the slaughter. 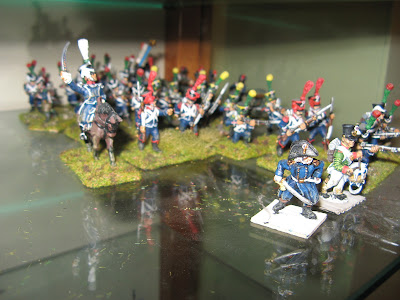 Here is a look at the next unit to be re based, a unit of Light Infantry. This one will be merged with another slightly later unit to make three units of twenty four. By re basing them all It gives me a chance to dust them down and retouch any old paint work. Also, there is a lovely feeling at having them all properly organised at last. I orginally had them in units of 36 but now have changed them down to 24 after reading the 'Napoleon' rules. I still like the idea of large French units opposed to British ones so might combine two against every one of British. 'Black powder' uses the 36 man regiment size for the French and I think I will sway that way too, we will have to see. 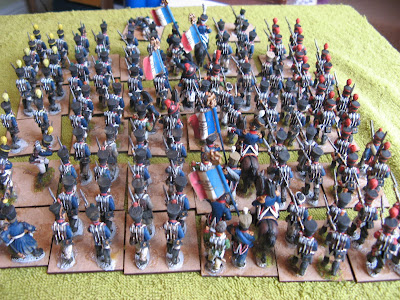