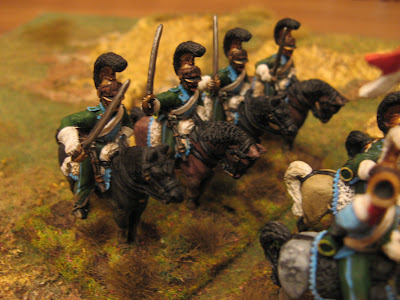 After doing a little research, I armed most of my second rank men with the sabre. The lance was very effective as a shock weapon and could gain the advantage in a charge, however, In the swirling melee that followed, the long lance could become a hindrance. For this reason the men of the second rank carried the sabre to help even the odds in close combat.
I had seen that the Perrys had produced a range of sabre carrying lancers and cursed the fact they had not been around when I collected the bulk of my army. However, looking through Front Rank's web site I saw they produced separate weapons including sabres and to my delight, they fitted very nicely into the open hands of the figures, job done. Now I feel like my unit is a little bit more historically accurate than It was before. 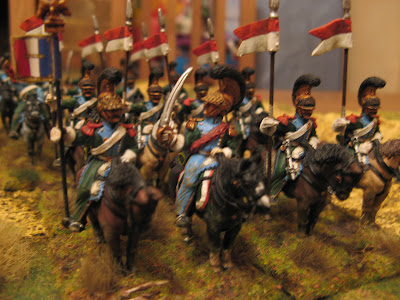 Like my Regiment of Dragoons earlier, this unit of Chevau-Leger Lancers is at full strength with four squadrons. 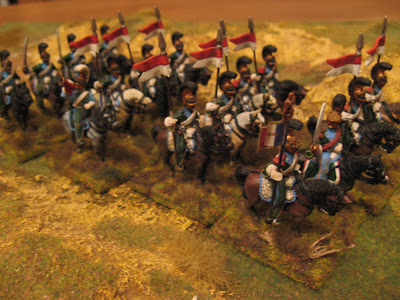 your minatures are just beatiful, i mainly paint 15mm but have started to venture into 28mm minatures such as yours are a real inspiration keep up the great work, maybe you might come over for a visit, i'm the new boy on the blog block
Cheers
Kent
http://kentspainting15mm.blogspot.com/