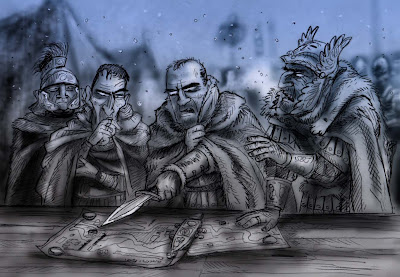 Secundus although being pig headed is no fool, realizing that he left Rome wide open to Tullus in order to take Pannonia, he quickly doubles back to secure the capital. The Generals sigh a breath of relief that their advice has been taken, all except Flaccus that is. He still longs to have a seperate command and begs Secundus for a field army of his own. Secundus, sickened by the rise of popularity and ambition in this powerful General decides to rid himself of this thorn in his career, once and for all.
General Flaccus is told to take what remains of the garrisons in Pannonia and march them south to take Dalmatia.

Flaccus knows what this means, for the Pannonian Legions are at half strength, but the brave, ambitious General does not argue and takes the command. Secundus is surprised at first then a little suspicious, If he returns from that country alive, he is welcome to the throne, jokes Secundus. 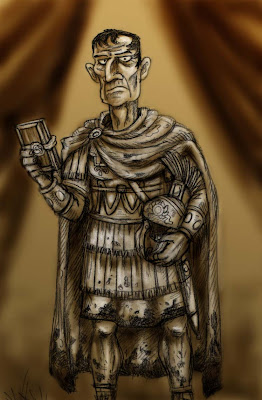 So it is that General T. Flaccus heads south with a small force in order to further the Sucundian cause. War is on the wind.
Posted by Secundus at 8:21 pm