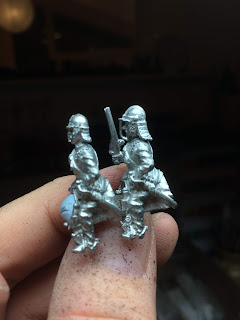 A few years ago I moaned at how poor the Essex Parliamentarian Cavalry were compared to the Royalist ones. Well it turns out the riddle has been solved, they used to have the same head as the Royalists. The old figure comes with its head separate and joined to its gun arm. This must of caused issues somewhere along the line because the separate head and arm were dropped in favour of a new sculpt. However, I think you will agree the new sculpt on the left isn’t a patch on the old one. Love that lobster! 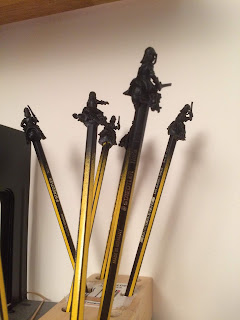 The buff covered troopers are stuck on pencils and sprayed black. I’m going to keep this armour very  dark and try aging it with the side of a lead pencil. This unit should be nice and quick to do as they are in buff leather from head to toe, plus I’m going to use the Dip to shade them. 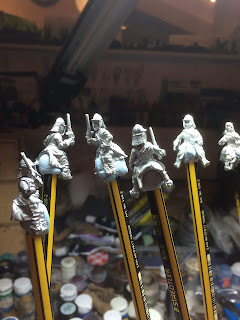 No troopers were hurt in the making of this Blog post. 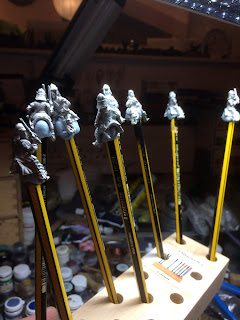 I'll follow this with interest as I have a pile of these chaps to do!
Best Iain

Are they the old ones with the nice helmets?