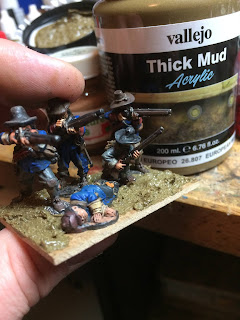 I took the chance to try a couple of new things tonight on the old English Civil War project.

Firstly I tried out the Vallejo thick mud for the infantry bases. In the past I had poked holes in the PVA glue and painted them brown to act as mud. However, if you want thick mud, why not try a pot of ready made stuff, I thought to myself. I didn’t go crazy with it as the base will mostly be flocked and then long grass added on top of that, so I just wanted to a few areas showing through the tufts. I’ll have to wait til tomorrow to see how this stuff drys and paints up, I’m thinking of giving it a slightly lighter drybrush when dry. The texture on it looks good though and should save me time with basing sand and paint. 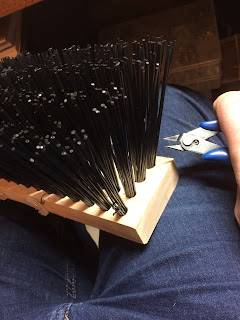 Another tip I’ve been itching to try out is the making of pikes from brush bristles. These plastic stand ins are much more flexible and less likely to take out an eye than metal ones.. Saying that,I think the real advantage comes with the fact you can flatten out the ends and make a nice pike head. You can also shape the top of the shaft to look like the metal tangs either side of the pole. Another nice touch is that the plastic sticks strongly to the figure and takes paint very well indeed.

It took me a couple of trips to various hardware stores before I found the right brush with the right sized bristles. I did buy another with slightly thinner bristles that I use for arrows and javelins. These to can be flattened with pliers and shaped easily. After doing a few I really like the effect and the bristles left on the brush should be more than enough to finish both armies.

Talking of armies, I’ve been inspired to try Army Paintet Dip again. I bottled out last time and used the water based one instead. However, the thought of producing quicker units has got me thinking. I will try Dip on the Blew coated pike block and see how they look. 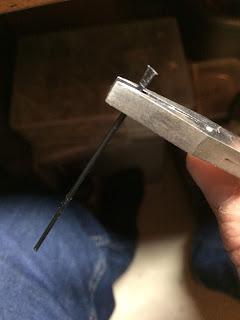 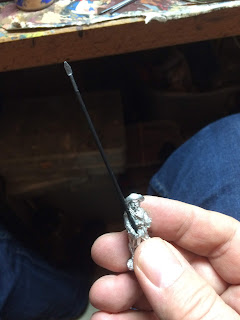 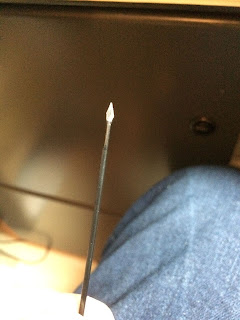 I shall be interested to read more about your bristle likes etc. A great idea.

I like your idea of making pikes from bristles.

A test of the various washes and dips available... https://www.youtube.com/watch?v=srW6tpdETug&list=WL&index=7&t=0s

I had no idea you could flatten the bristles, and flexible bristle pikes seem like a great idea, provided that the paint sticks, which has always been my worry.

I have made a couple of units with brass pikes, and yes, they are a risk to life and limb (but very realistic!)

I wonder how the next steps will look like.

Those pikes are very clever indeed. What a great way to use bristles. I agree about pike blocks and metal pikes. Had some near misses and wrecked a camera lens when I leaned in too close to take a photo!

Great idea about the bristles, and looking forward to your Vallejo experiment

Smart idea about the bristles! A bit of sharp sand in some emulsion gives a pretty good mud effect too!
Best Iain