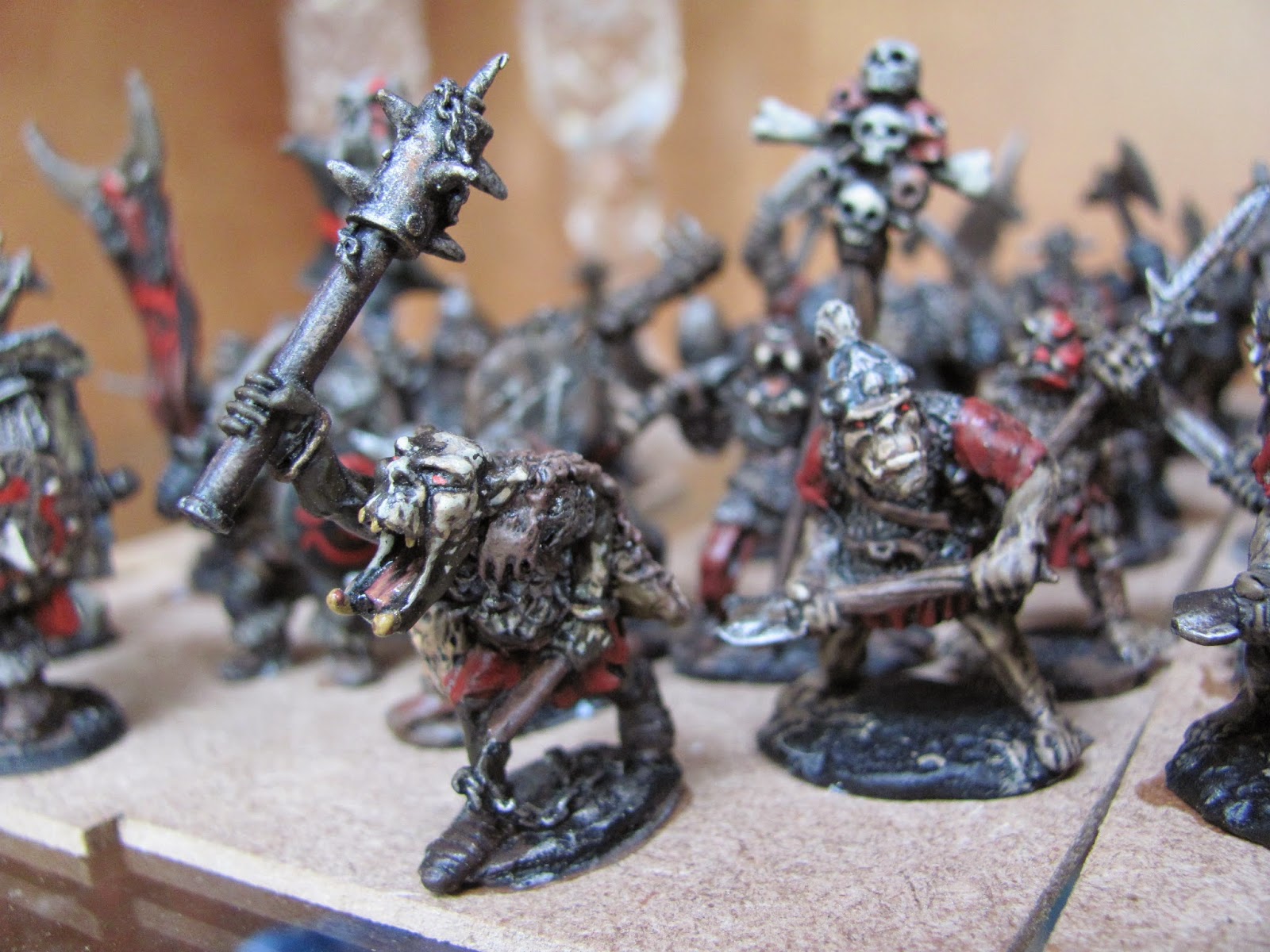 Another old mini from Circa 1984. I like this figure but the raised sword is very fragile and has snapped off all three of my duplicate figures. I was rather proud of myself as I taught myself to 'pin' on this figure and gave him a very leader like weapon instead of his empty hand. In fact I bought a few old and damaged Orcs cheap on eBay and made them battle ready with my new found pinning skill. 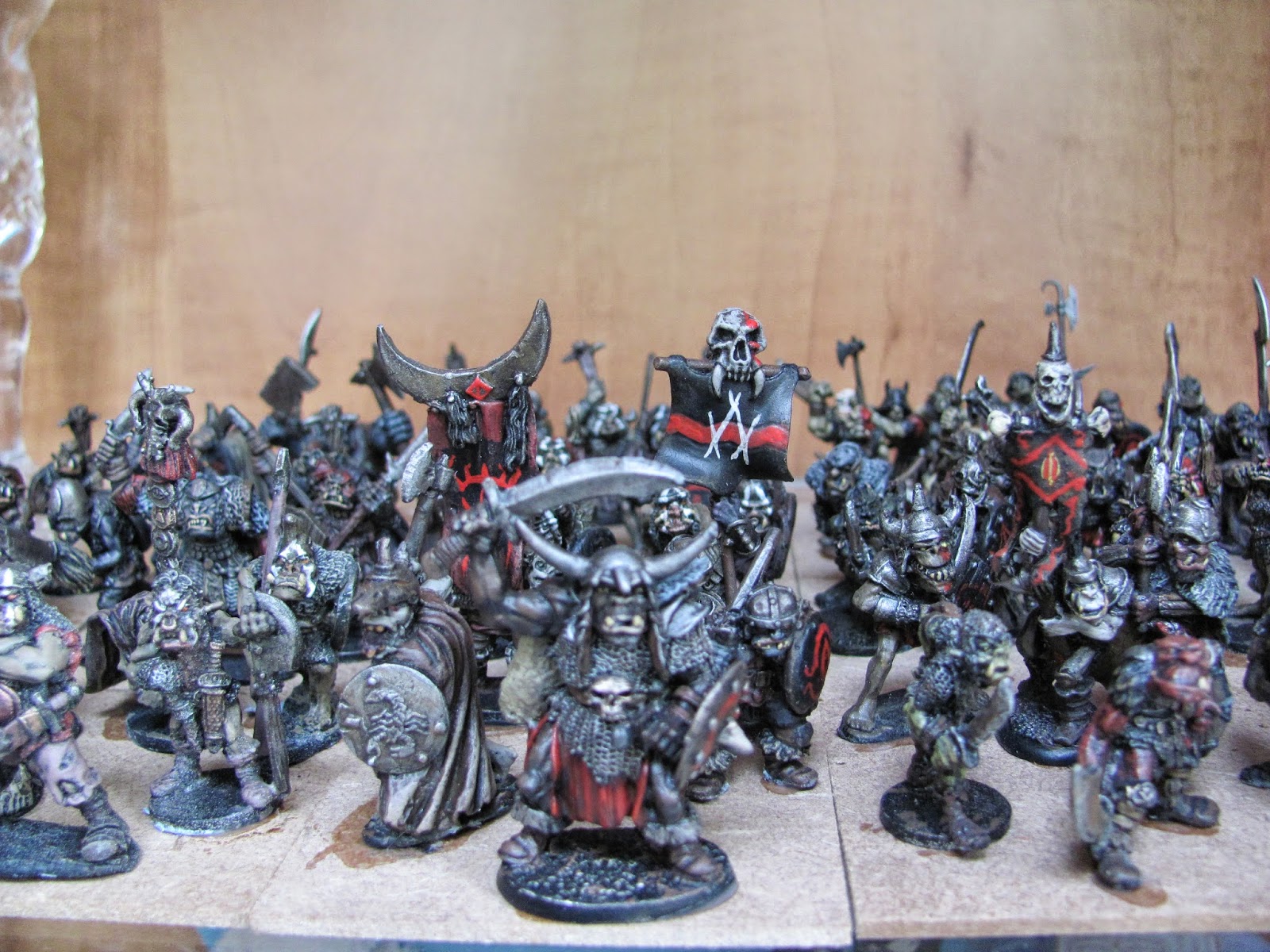 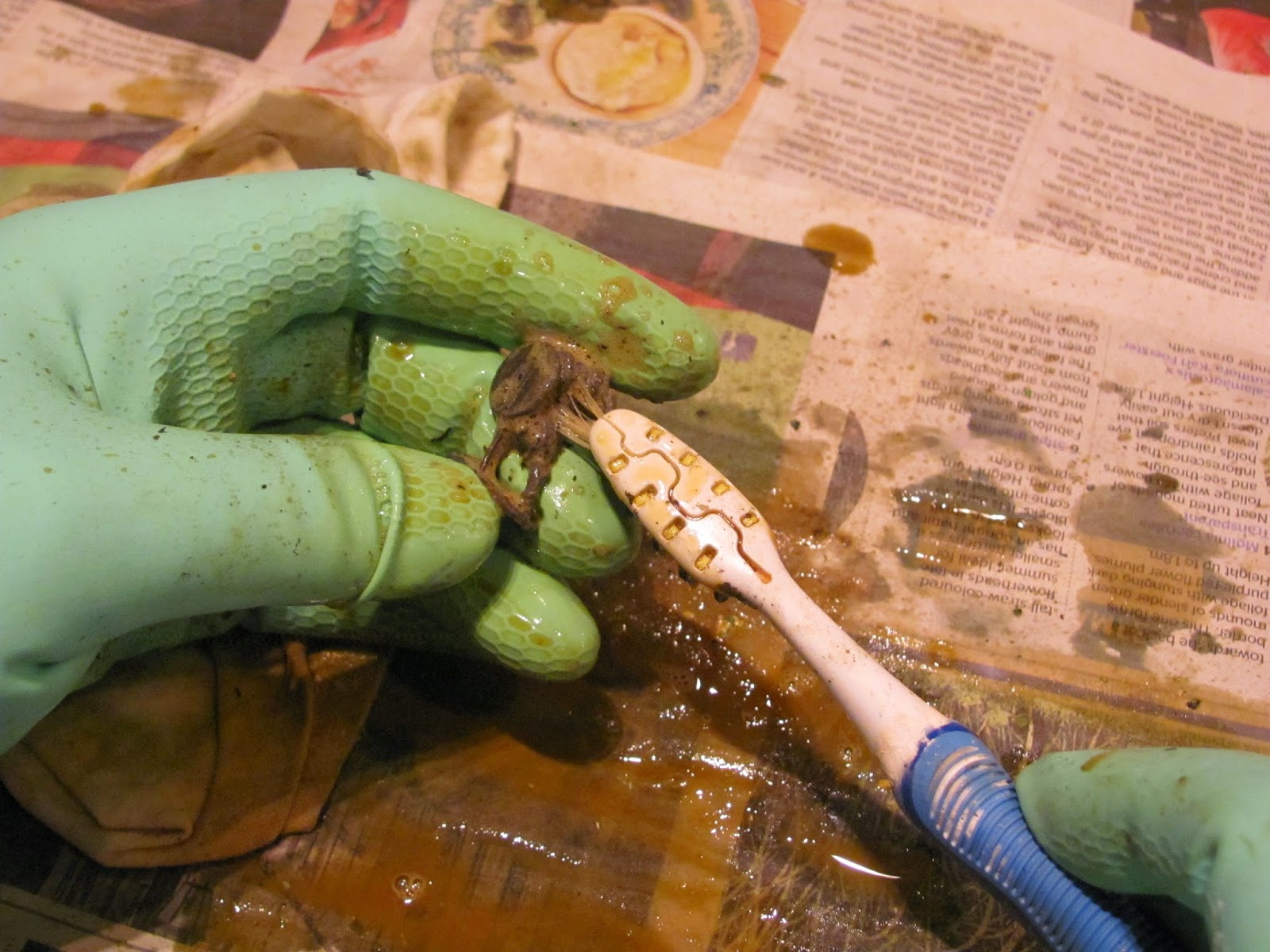 After doing a lot of research I found that Dettol makes a great paint remover. metal and plastic figures can be left in this solution for 24hrs, after which the old paint just scrubs off. It sounds too good to be true but I have tested it and it does indeed work a treat. Any stubborn paint jobs, just give them another 24 hours in the Dettol and all should be well. It has made buying old crap painted figures on eBay very worth while. 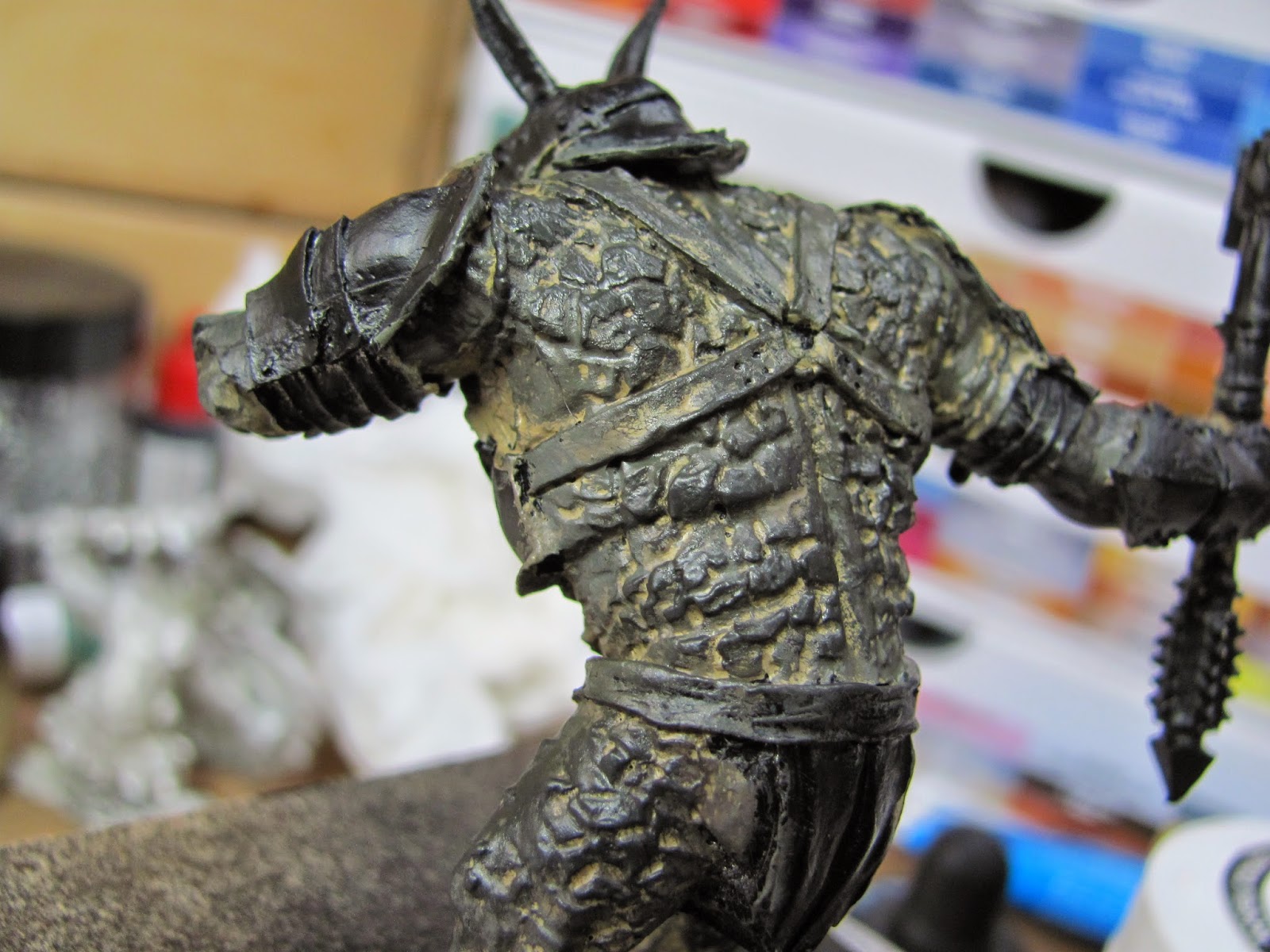 Well you can't have an army of Mordor without a few Olog-hai or battle trolls. Now I have been looking at good figures for Mordor Trolls for a while (more on that another day) but I couldn't get the ones from the film out of my head. I was also delighted to see how big they were compared to my 28mm Citadel Orcs.

I have started my two trolls by painting them light brown then dry brushing them dark grey. This should give them the look of the film with the lighter skin under the hard stone like plates on the back. These are still waiting for me to finish them. I'm also doing the two tone effect on the body of the Troll as shown on the Cave Troll in the book behind.
Posted by Secundus at 10:22 pm