Thoughts on a Train 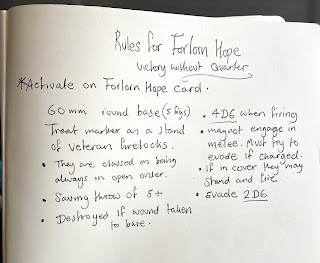 An idea for small Forlorn hope units in Victory without Quarter. Just very rough idea but I like the option of annoying little pockets of troops holding bridges and buildings etc. A Forlorn hope card could be added to the deck and when drawn both sides get to use their Forlorn units.

The units are armed with fire locks so get an extra dice to shoot with. They cannot engage in melee and must evade if charged, however, If they are in cover they can stand and fire. This is risky though because if contacted by enemy they are scattered and destroyed.
As they are effectively skirmishers they are classed as always being in open order and have a save of 5+ against musket and 4+ against artillery . This 5+ save is the same as artillery crew which I think is fair. These guys will be using cover and dashing around like classic skirmishers, as such they can also fire in any direction, hence the round base.
Once they are in cover, they will be quite hard to shift as the modifiers will add up, +1 for soft cover, +1 for open order etc. You'll have to send troops in to flush them out. I imagine they will be a real pain for cavalry who can't assault fortifications and buildings.


Food for thought and maybe a nice chance to make some dynamic scenic bases. 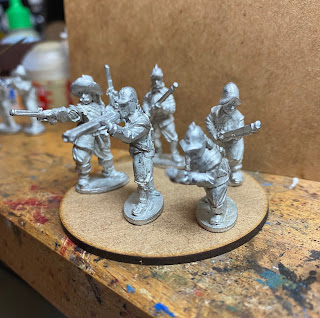 Bohemian miniatures new range of aThirty years war will fit the bill nicely for these bases. 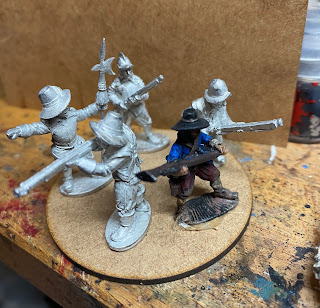 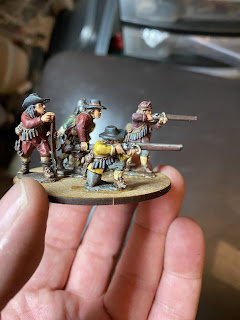 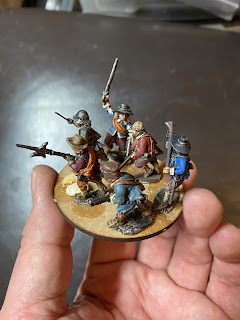 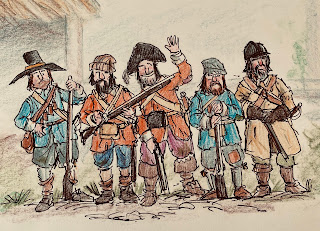