The Army of Parliament WIP 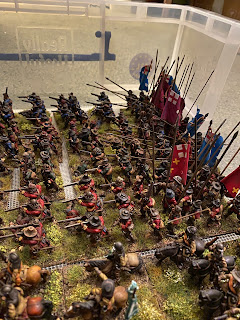 Based up and ready for action, Redmond’s Regiment of Foote joins the Army of Parliament upstairs. It’s nice to see all of he regiments together and compare to two red coated units. The artillery is still being worked on, so that will be added shortly.

There is also one more squadron of horse down stairs that will bring the total up to seven. Almost done, although I have already picked and sorted another regiment of Foote, Geal’s, to add to the army. This I plan to be a grey coated regiment, as they were quite common in the Roundhead armies. Giving to the phrase ‘Parliament grey’. So Geal’s Regiment of Foote will be a grey coated one with black colours. 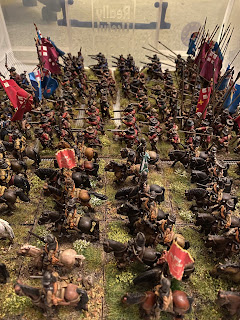 I am using the army lists in the 1644 ECW rule book as a rough rule of thumb to create a force. It’s lists goes up to five Foote regiments Per side and so I thought that would be a good number to aim for. 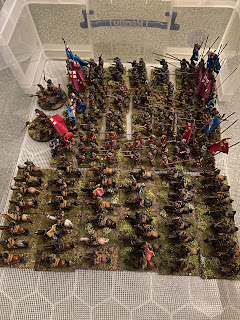 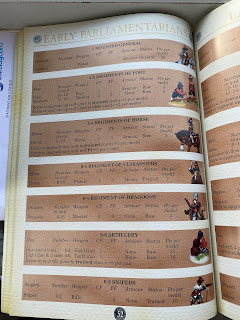 I won’t be playing this rule set but the army lists are a handy guide to creating a force.

Below is a rough sketch of the units so far, Royalist dragoons have seized the bridge and neighbouring mill. 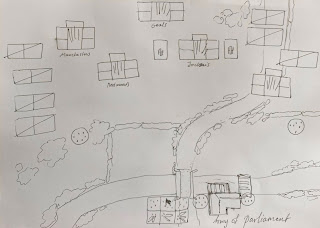 Looking fantastic. I marvel at your output!

What a glorious massed effect! I love the colours and the basing effects too.

Fantastic! I love your painting style and your basing really is superb.

Your works are undisputed source of inspiration!