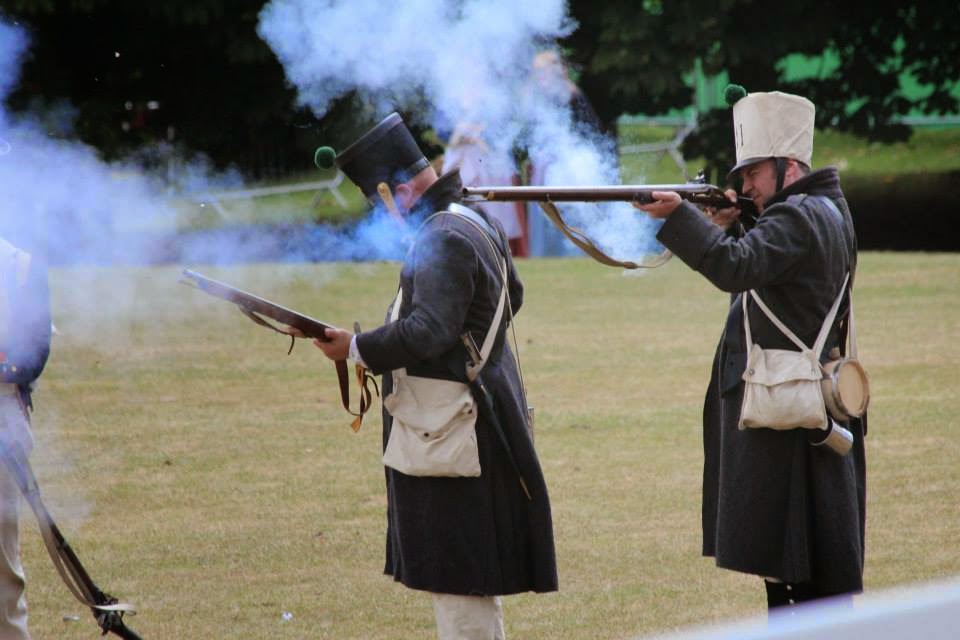 BANG! One less rifleman to worry about.

Last week I got the chance to cobble together some French gear and fight for Napoleon. It was great fun too. Although my group is not a 'French' one, with a few greatcoats and the odd shako we became a fighting French Line regiment.
Of course over here in England, everybody wants to be a redcoat or a member of the 95th Rifles, so the poor old French regiments need all the help they can get. I love playing French because you get to wear a shako! 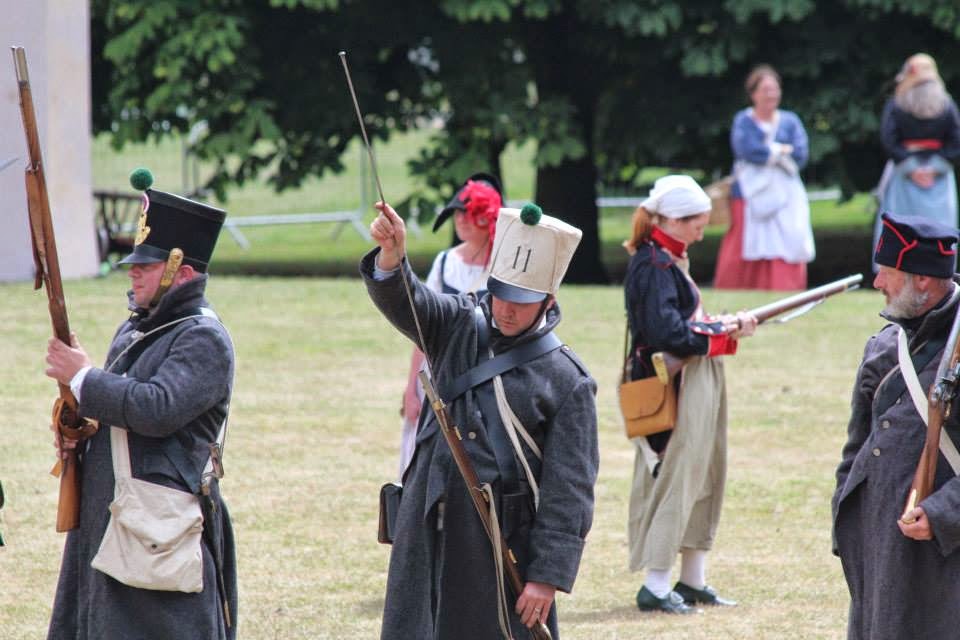 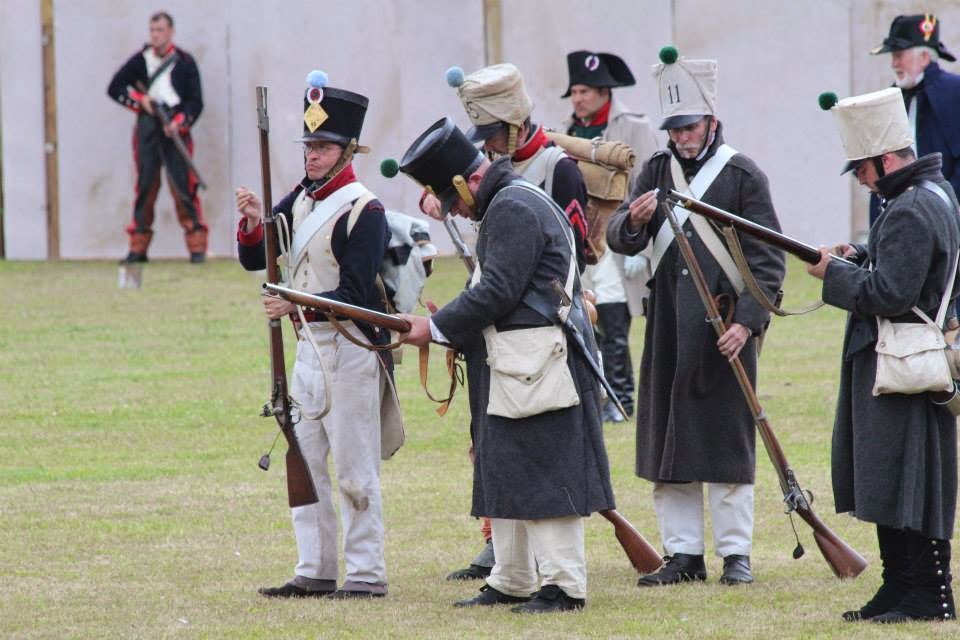 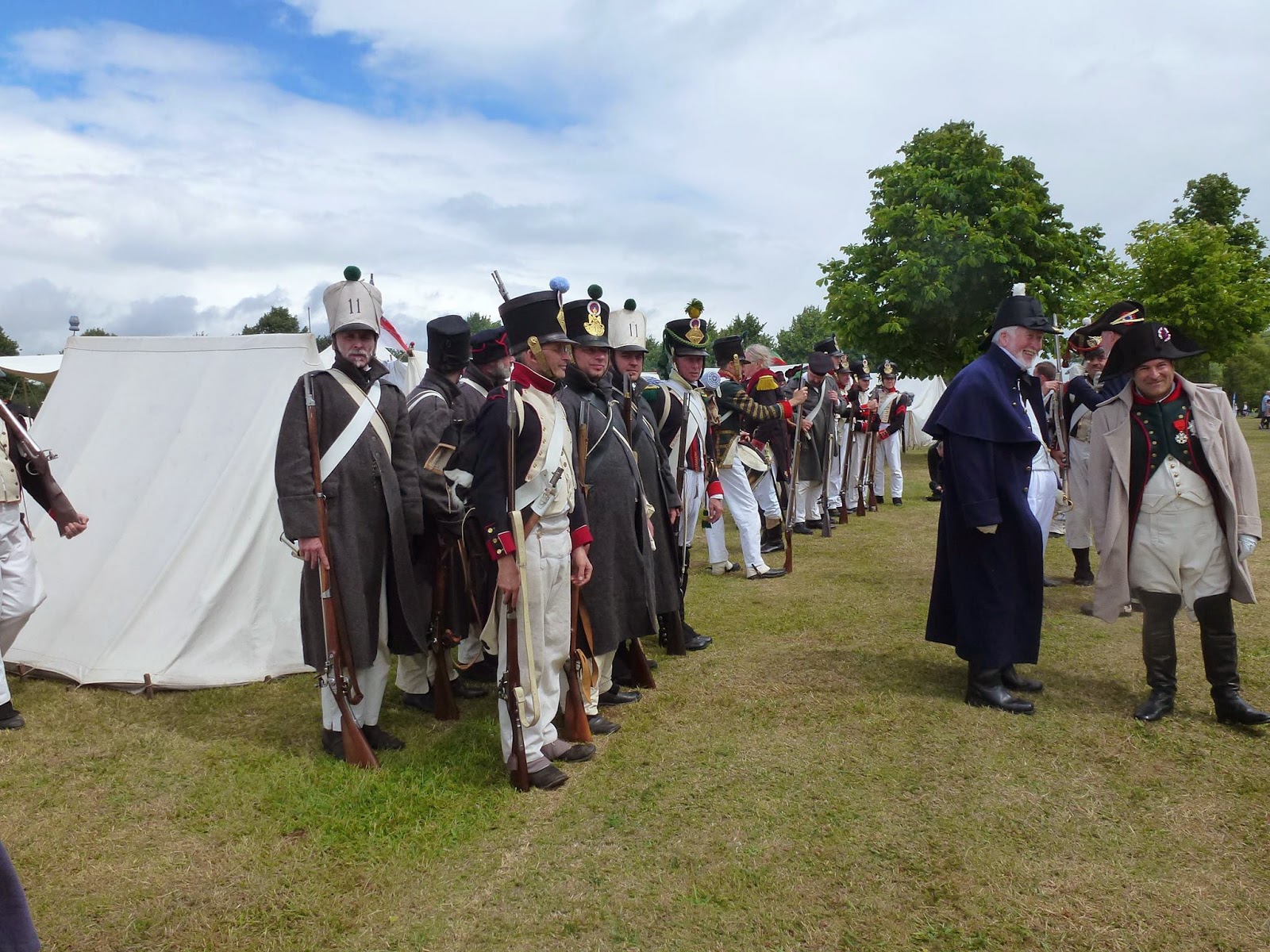 The guy playing Napoleon was very good, the best I have ever seen, including those in  films. It was like looking at the real thing. Here we are about to march onto the field.

The pictures were all take by Ian Timothy and Sarah Ford.
Posted by Secundus at 2:52 pm

Living history! Wish I could've been there to witness it.

It was great fun and very loud! You would have loved It.

Are you trained to fire the muskets, now?

Excellent but you must have been really hot!!!!

Great stuff! I reenact Americans for the same reason you do French: ALL the locals want to be Crown forces - regulars, fencibles, militia, rangers, native warriors.

I would be a French Sapper in a forage cap! Always enjoy your cartoons and activities! Course their was a American Rev cav group in a uniform very similar to the British legion

Excellent, but it must have been warm in that greatcoat!

Yes it was a bit warm to be honest, as it was a very sunny day. Considering we didn't have much kit I think we scrubbed up well as Frenches.

was this at Colchester? because I was there!