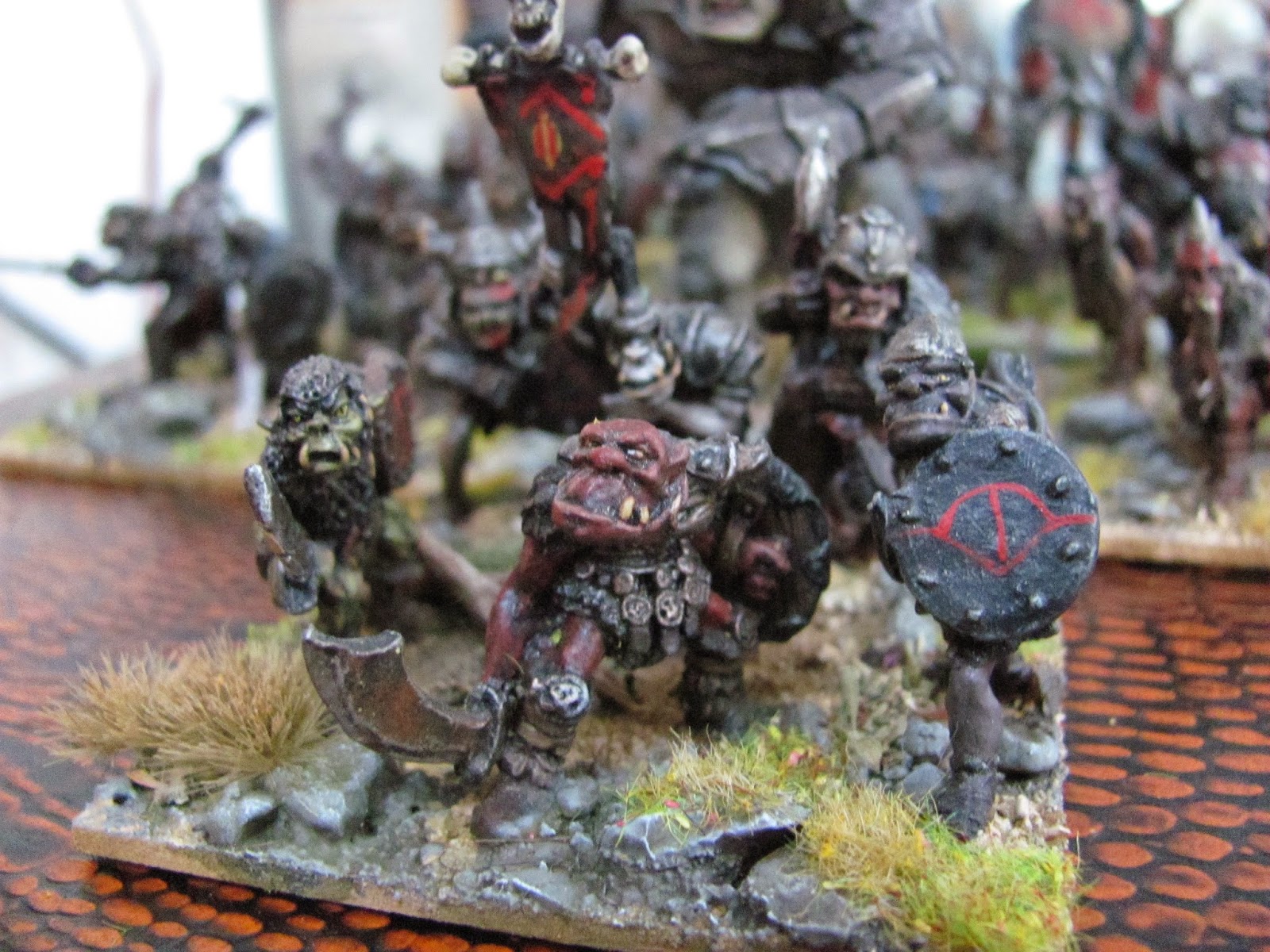 This is Grishakh, the squat, ape armed captain of Mordor who was with the party that captured Merry and Pippin. He is surrounded with large armoured Uruks and a small evil looking Orc, no doubt whispering no good in his ear all the time.

I have used the Jackson Movies as a guide again for this character and painted him with a red skin tone. 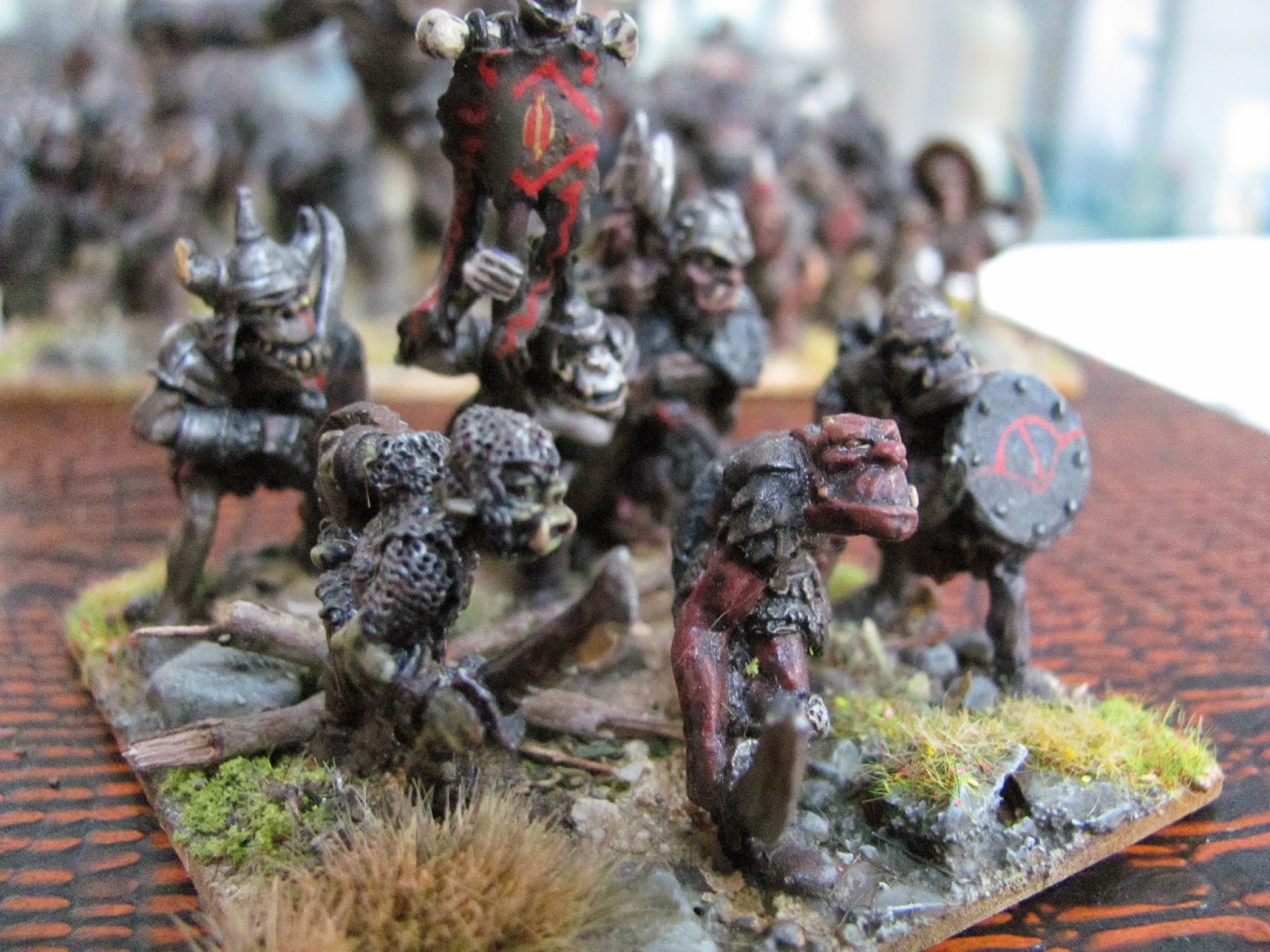 I chose this figure because of his long arms and the fact he has a curved scimitar too. I put a standard on the base to mark it out as a command base amongst the Orc rabble. 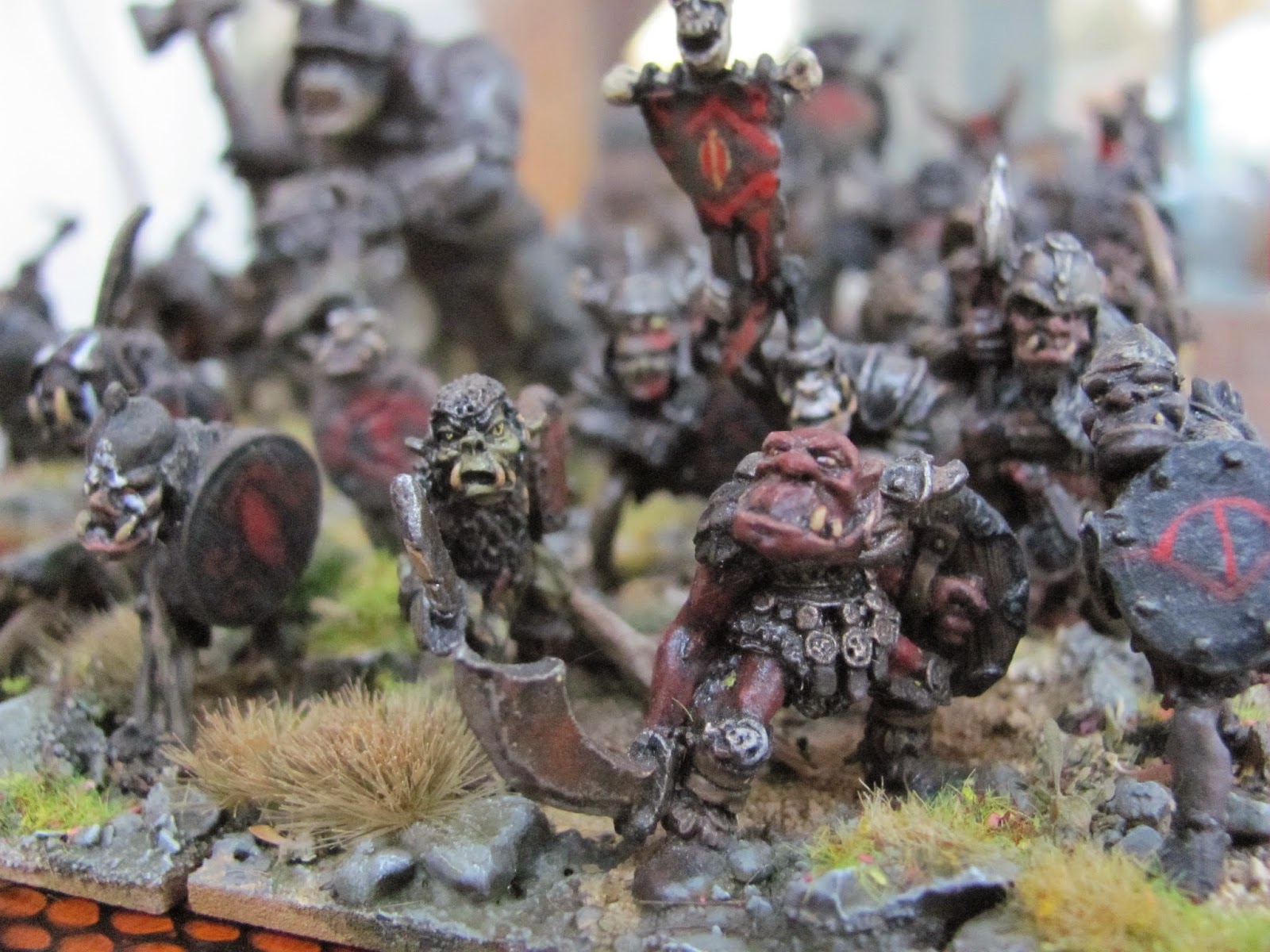 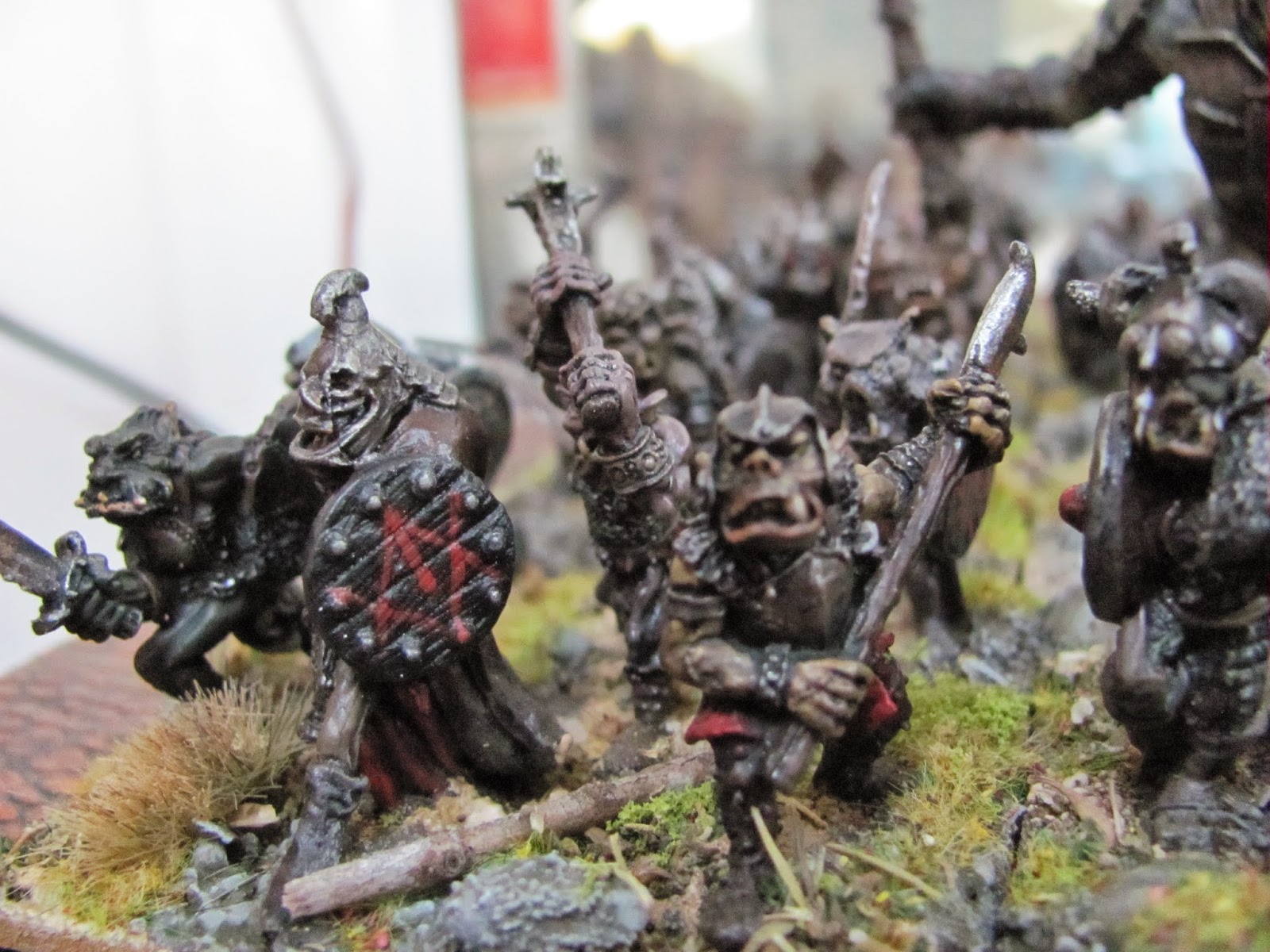 Twigs from the garden have proved to be really effect on these bases, I will be using the idea on my ACW for sure when I do the next batch.
Posted by Secundus at 12:59 pm