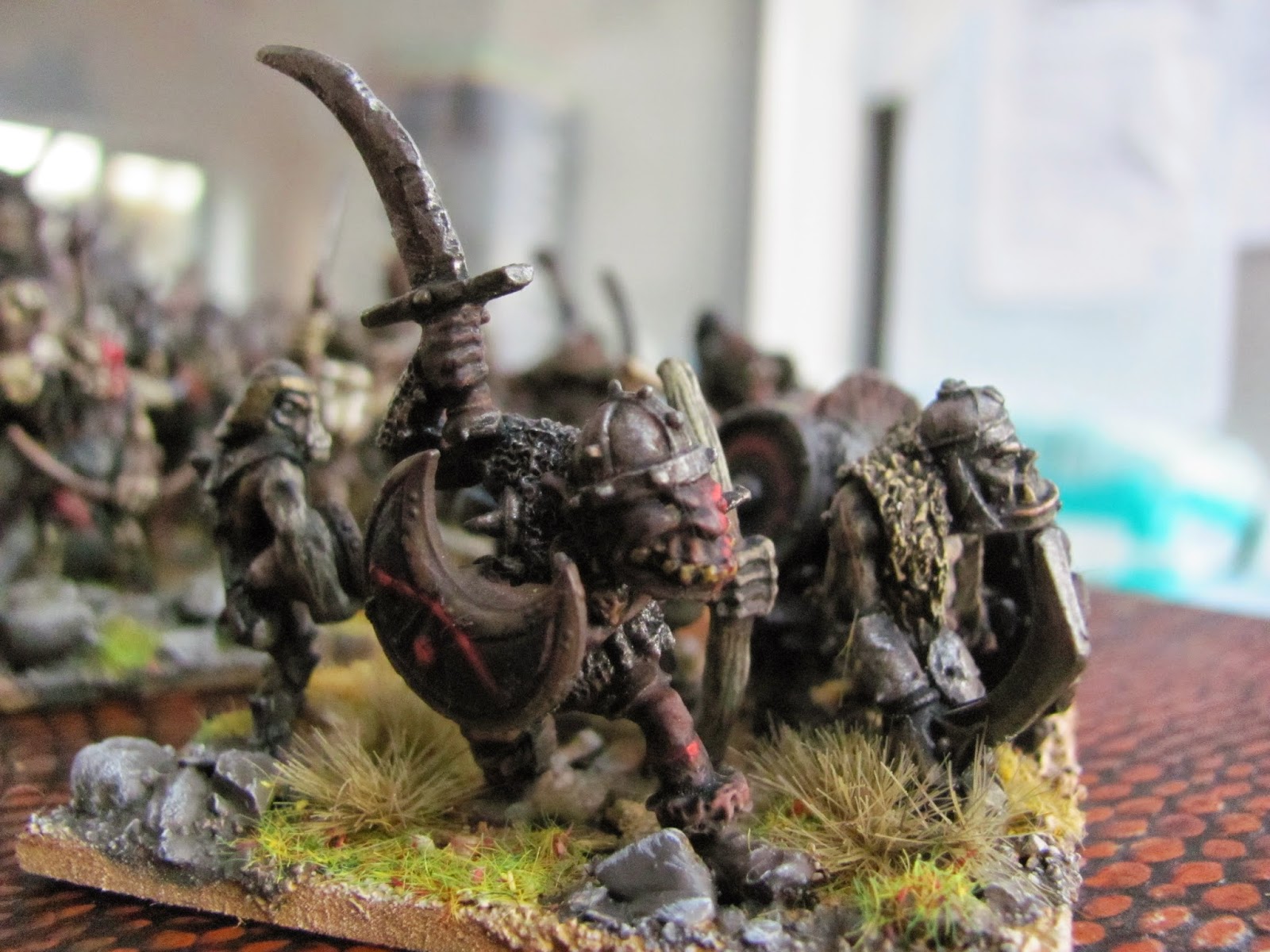 I had to do a lot of repair work on some of these old ebay figures as most of them were broken. These old sculpts go for quite a lot on ebay so I bought all the cheap broken or badly painted ones and nursed them back to life. The Orc above has had his sword filed down to a more realistic size, he is from a time when GW went crazy with their weapon sizes.

I have bought three of the leader sculpts below and each one had a missing weapon, so repair had to be done using a pack of old spare weapons I bought from eBay. I think he looks better now with his giant mace than he did with his original sword. He is still a leader in his own right and has been given a standard and bodyguards to prove it. 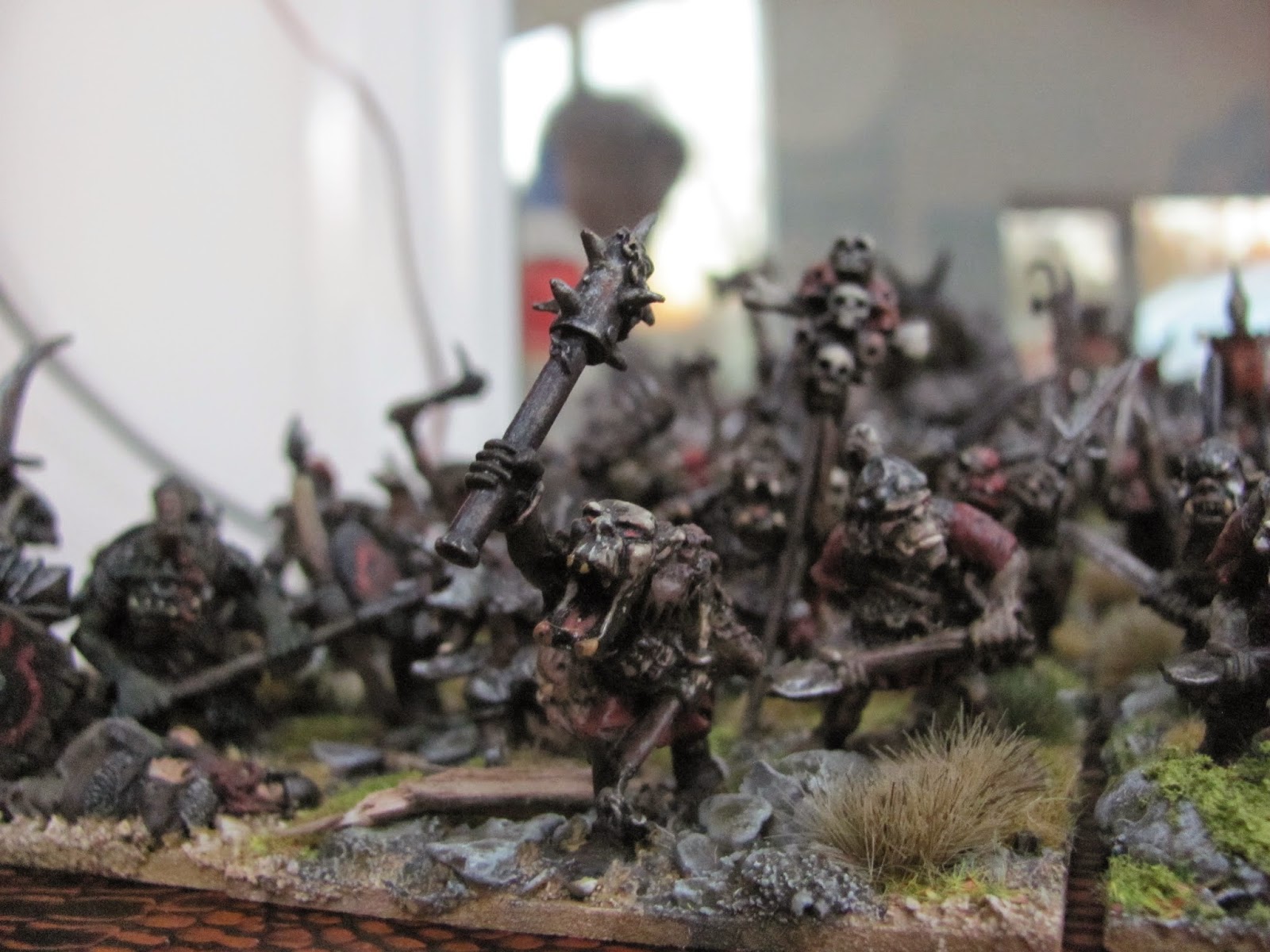 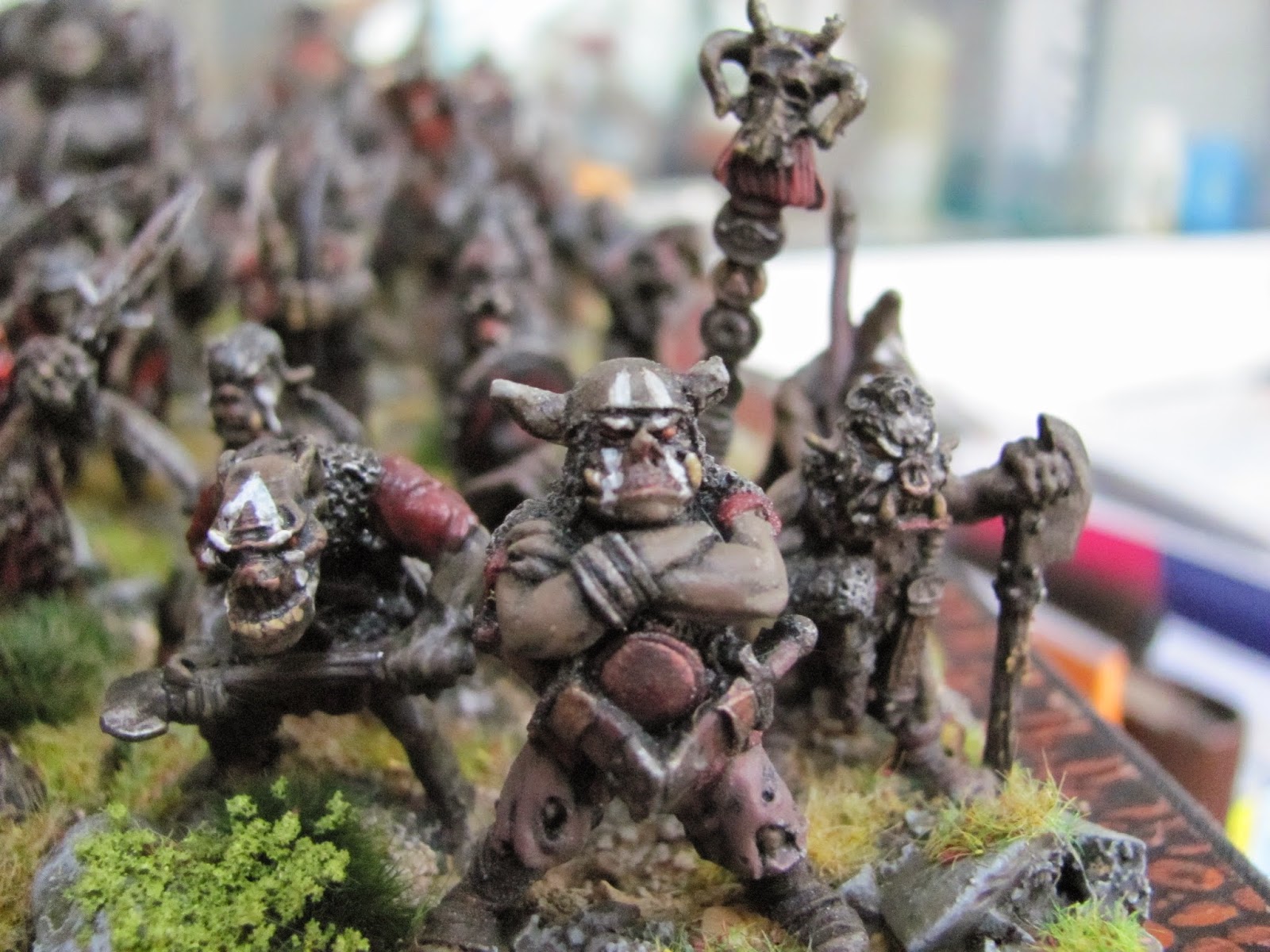 I have tried to put different tribes into the massed army of Mordor. This white face paint on this leader represents Mount Gundabad and there a a few of these bases in the army.
Most of the other bases have red paint either down their face or across one eye to show they are from Mordor.
Posted by Secundus at 1:57 pm