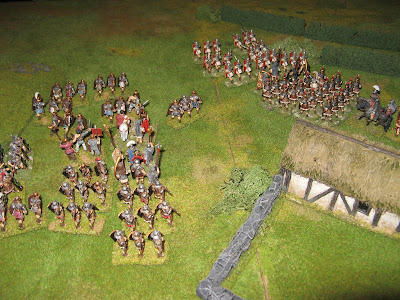 The news of Plinius's death spread through the Gallic army like wild fire and as It did, units lost heart and started to fall back. The Cohort of the 8TH Augusta now broke from Dewolfus's VI Victrix and was destroyed as It attempted to flee the valley. In the forest the Greeks saw the fleeing masses streaming back up the hill slopes and ran for their lives. 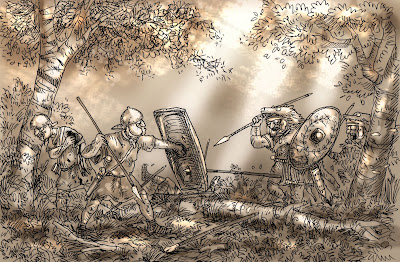 It was now that the Light Legionaries showed their skill in hunting and slew many of them before they could reach the open ground. Over to the far Left, Aurelius watched in amazement as a sure victory turned into a rout. 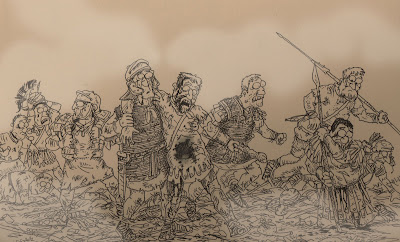 Alongside him the Italian cavalry stood dumb struck, then without a word of command all three units turned and fled the field. They were the only units to survive the battle from the Army of Gaul. 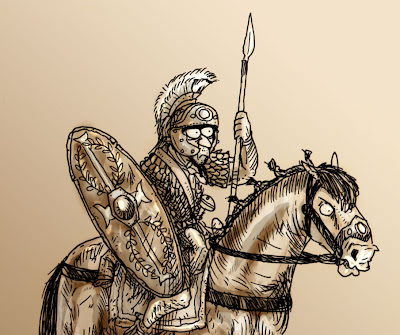 Sigh. When the end comes, it comes suddenly and painfully.

The cavalry weren't the only ones who were gobsmacked. My smack was pretty well gobbed too.

Sigh. Just what do I have to do to get a win anyway?

Lovely expression on that cavalryman's face there. Pretty much sums it up. :)

P.S I simply adore the light effects in the illustration of the skirmishers. Beautiful. :)