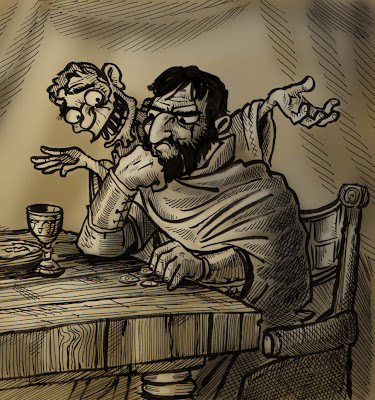 With the two Armies in Gaul face to face, Tullus gives the order to dig in. With the Senator Plaudicus in one ear and young Fulvius in the other, crying out to attack at once, Tullus leans towards caution. An uneasy peace settles along the frontier in Gaul as both armies watch each other for signs of movement.
Tullus knows with Alanicus moving further west, Secundus's forces will be stretched and divided. He therefore decides that time will be his best Allie against Secundus in Gaul.
To add further pressure to Secundus, Tullus starts to build a port in Aquatania in preparation for an invasion of Britannia.


Above, Tullus ignores the whining of Plaudicus to advance on Rome.
Posted by Secundus at 11:03 am 11 comments:

Lines are drawn in Gaul (Campaign 94) 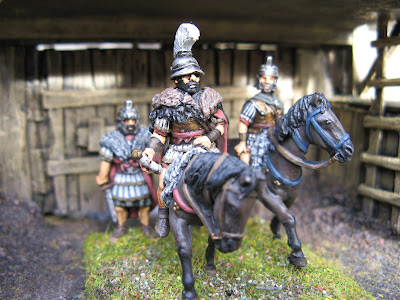 The mighty Dewolfus patrols the border defences of Lugdunensis. With Tullus marching his Army of Gaul into Aquitania, a frontier was created with that of the forces of the Secundian Army of the Rhine.

Tullus's newly acquired Army of Gaul, now sits along the Aquitanian border waiting for the order to attack. Dewolfus is no fool however and requested that he not be moved from Lugdunensis for just such an emergency. 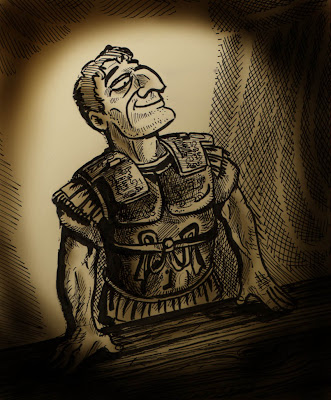 The young, charismatic M.Plinius Fulvius, commander of the Army of Gaul is yet untested in battle and yearns to test his metal against Dewolfus and earn a place in the Histories. The wise old veteran Dewolfus has heard these rumours and hopes to goad Fulvius into "doing something foolish" 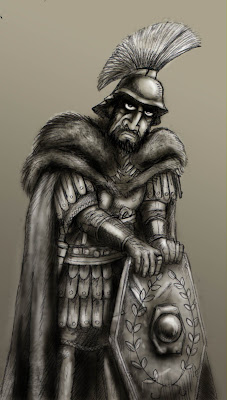