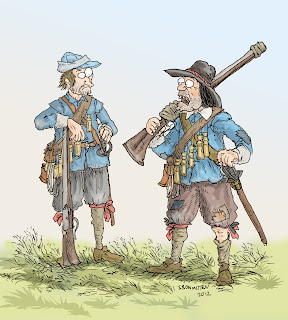 Here two Royalist Blew coats discuss their chances in the on going war.
Posted by Secundus at 9:01 pm 6 comments: 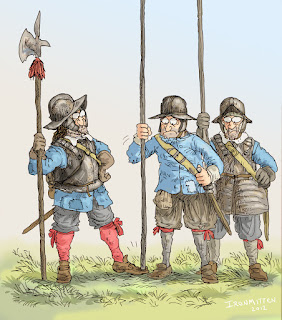 Ted's day started off on the wrong foot.
Posted by Secundus at 1:14 am 4 comments:

WAB is No More. 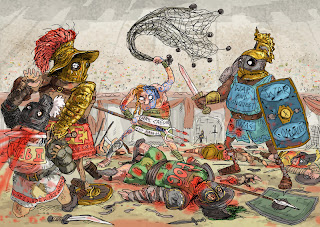 Tired and exhausted, the old champion of the ancients finally loses his way and falls to the blades of younger men. The crowd groans with disbelief but everybody knows the old champ has been off his game for years. His demise comes as no real surprise to the old veterans of the games. 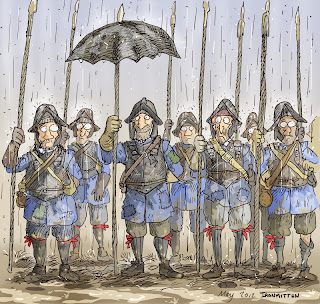 The Last Stand of the Blew coats 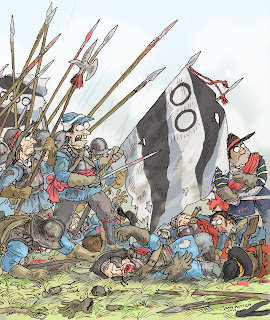 Prince Rupert's Blew Regiment of Foot make their doomed last stand on the field of Nasby 1645.
Posted by Secundus at 1:09 am 1 comment: 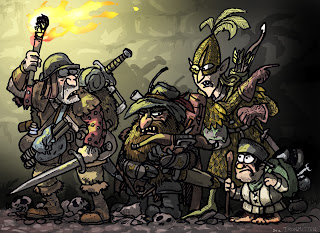 An old school adventure party delve deeper into an ancient ruin in search of treasure, much to the dislike of the claustrophobic Elf. The Dwarf curses under his breath, "who's idea was it to bring an Elf on such a venture? Not mine!"

Longfoot Curly Toes just wants to go home too, but his loyalty to the others always gets the better of him.
Posted by Secundus at 11:52 am 8 comments: 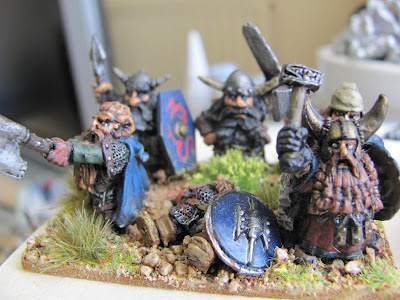 Here are some of those fine old models my friend gave me all those years ago. I thought they were too good to leave unpainted. I really enjoyed painting these and although they are old, they still have loads of character. I prefer these old sculpts to many of the new models of today, these old 1980'S sculpts are more realistic in appearance, before weapons and armour started to grow out of all proportions. 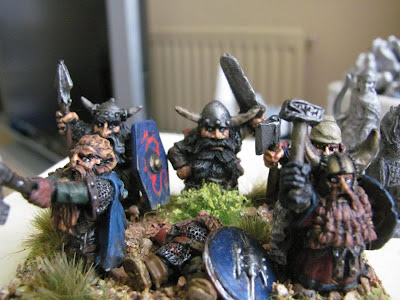 I have based these six Dwarfs on a 60mmx40mm base and have been influenced by reading 'Hordes Of The Things' rule set. 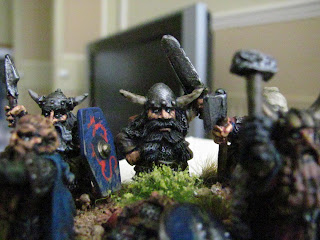 I have also been won over by Tim's blog site http://saskminigamer.blogspot.co.uk/p/basing.html. Infact it was this website that really got me thinking about Fantasy again...thanks Tim. For me an army has to look like an army and Tim's approach of doubling the numbers of figures recommended really appealed to me. HotT recommends bases of three figures very similar to DBA, but an army of thirty figures was never going to sit well with me. Tim's idea of doubling these figure amounts and base depth won me over after looking through his amazing blog. Now an army can look like an army with 60 + figures. 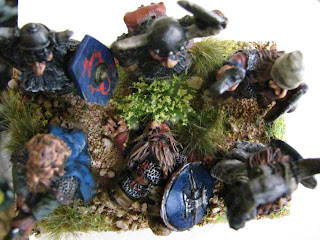 Also In 'HotT' I like the way that each base or 'Element' can become a little diorama in its own right. I have read mixed reviews about this game but for me the main thing is the painting and I can always bend rules to match my basing at the end of the day.

These bases could even fit the LOTR rules with a pinch, with each base being counted as a company.The imagination behind HotT as really got my brain juices flowing and I love the idea of coming up with your own troop types and stands to fit with the army type. On such idea is a 'sneaker' base for the Dwarf army being a Dwarven adventure party. I loved this idea and so have started to put one together complete with Hobbit. 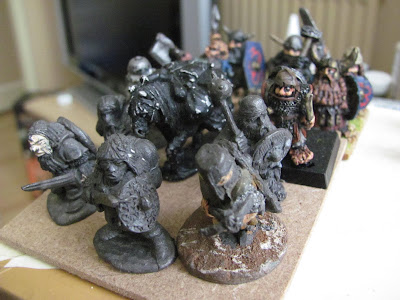 It's early days yet but I have really enjoyed my little foray into Fantasy again and plan to paint some more when I have time. 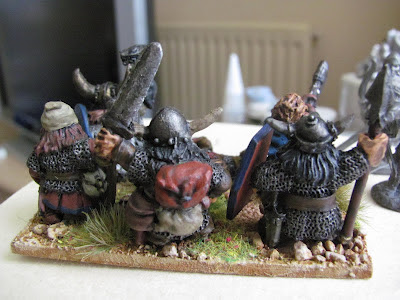 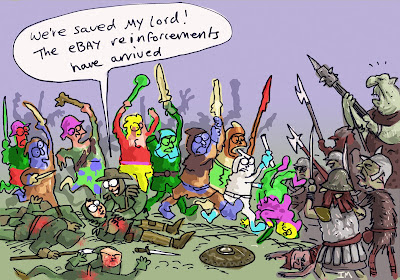