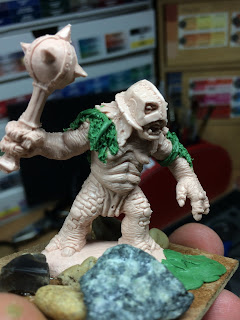 I have been playing around with the idea of creating some Snow trolls for my Gundabad army. This army is already getting very troll heavy as I bought two forge world 'War beasts' for Christmas.

Any how, with the release of another box of Dark Alliance war trolls, I got the idea of creating two Snow dwelling nightmares. I took my reference from the non-cannon game 'War in the North' and the Snow trolls created for that game. 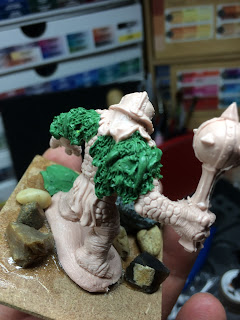 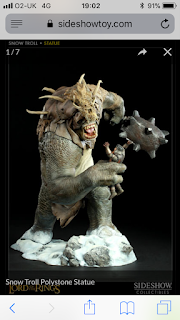 When I saw the 20mm new hard plastic trolls from DA with a leather hoods I got the idea of an easy conversion. The idea from the game is that these trolls cover themselves in the remains of their victims high up in the mountains, so lots of fur and natural hide with horns and tusks. 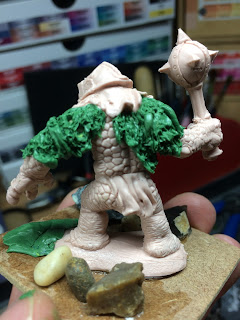 I like this idea as It does make them stand out from other trolls in Middle Earth and gives them a distinct character. Also makes them look very wild and feral. 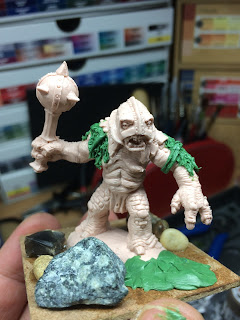 I took far too long puzzling over how to class them in Dragon Rampant but then hit on a fantastic idea. I will make them Lesser war beasts so they will be fast and fierce in combat. However the main selling point for me was the fact that they will have three hit points each, this is the same as all my other smaller trolls. This pleased me because I am sad...no I mean because I didn't want these trolls to be weaker than my others in wounds. Also I will give them the 'Venomous' trait to give them more chance of inflicting damage, this represents their immense strength and foul temper. 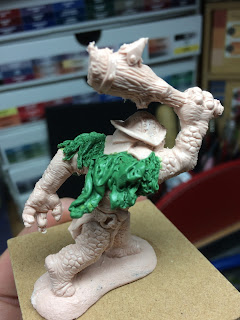 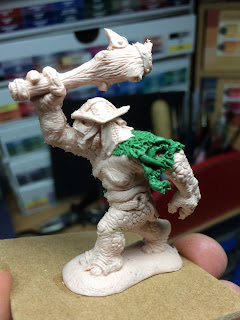 As well as fur I left a lot of raw skin exposed on the hides and a few tusk like horns. I can't wait to start painting them up, partly because I have been waiting for YEARS to put some snow on a base...now's my chance at last. 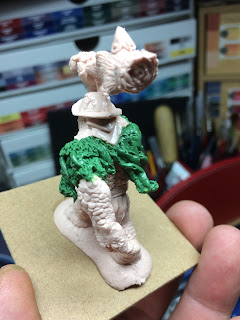 Got to have some snow on a Snow trolls base right?!
Posted by Secundus at 1:55 pm 4 comments: 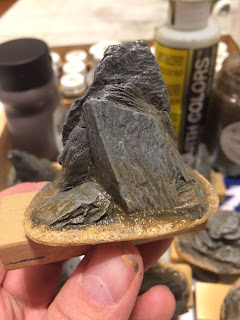 Still on my fantasy journey I bought some resin rocks from eBay. They will look great for the Battle of the Five Armies. These were pricey coming in at £25, but they are good and paint up very well. These are painted with GW granite with brown and green washes. 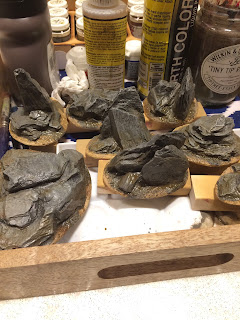 These have been made by casting slate fragments, It's a good idea and the results are very effective. If I had the time I might even give it a go myself...but that is a pipe dream :). 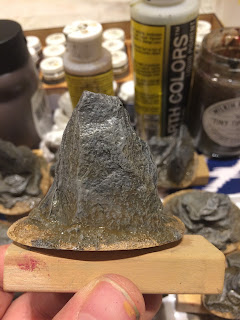 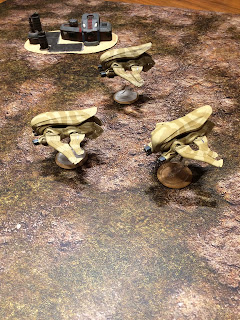 Treated myself to a 4ft by 4ft battle mat off Amazon. It is very nicely detailed and really does look good from a distance. My only niggle is that PVC has a slight sheen to it and does reflect harsh light. Still at £40 I still think it was a good buy. At this price you could collect a small collection for different battles. A snow one would be nice. Might need to do some more research...maybe a cloth mat that could be rolled up would be better. 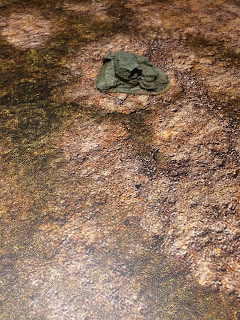 The pattern is heath land I think, I thought it works on a number of eras and scales from sci-fi to ECW. 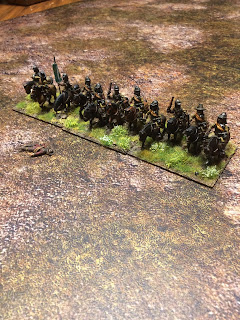 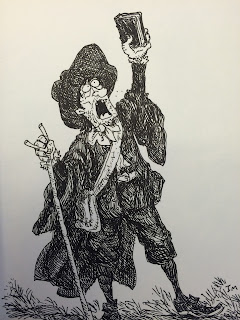