This Blog smells of Heresy! 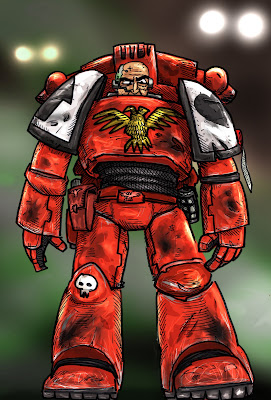 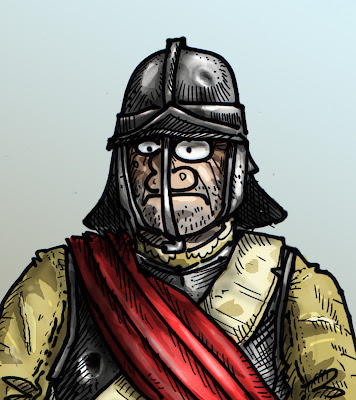 Celtoc and his big sword. 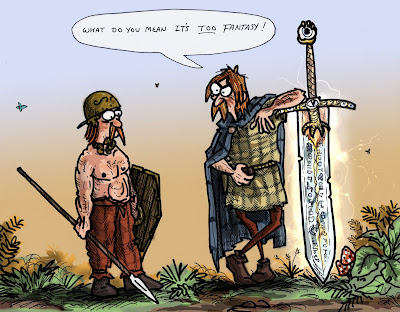 Celtoc gets his new sword from Renegade miniatures and shows it to the village.
Posted by Secundus at 3:12 pm 7 comments: 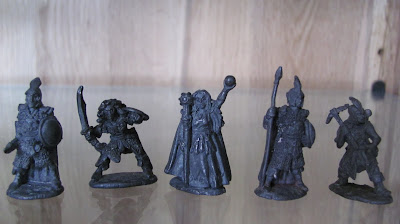 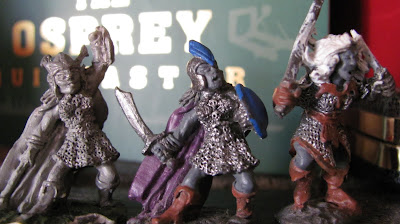 A young Mengal Manhide pays a visit to a neighbouring settlement, within a month he will be it's new King. 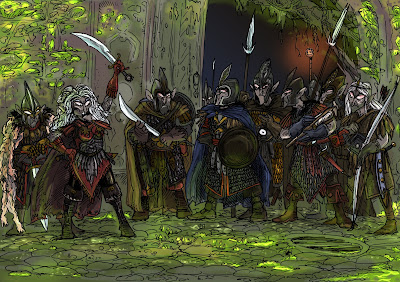 I have a real soft spot for the old pre-slotta Dark elves. They were designed by the perry's way back in 1984, but I didn't get around to collecting them until 1986, by which time they were all being re sculpted and suck on plastic bases. I managed to pick a couple up on eBay last month but they cost me dear. For some reason they remind me of my childhood more than any other figure range, which is odd because I only had a few.

The Cruel Face of War 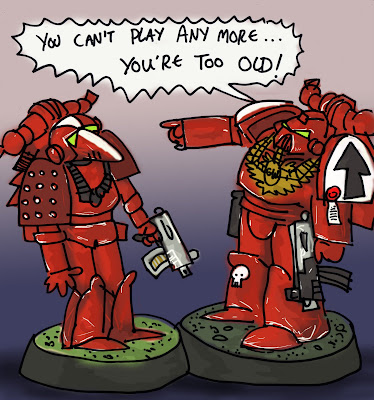 My friend told me the story last night of the time he was barred from playing in a Games workshop shop because his figures were last seasons.
I have to say they do tend to update their ranges quite a bit, It's hard to keep up. Still the story still makes me laugh. They were the days...
Posted by Secundus at 10:54 am 12 comments: 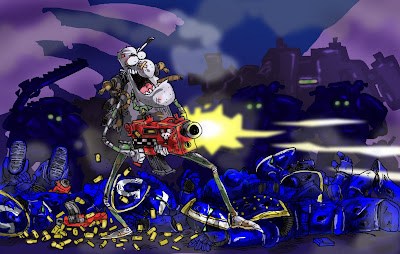 I have to say I am getting very excited by the release of the new Space marine game from GW for the X box and Play Station.
I loved their Dawn of War series for the PC and so was delighted to find the the same makers (Relic) are responsible for Space Marine. I used to hate the idea of Space Orks until I watched the opening sequence for Dawn Of War, now I'm totally sold.
It's being released in August and I for one can't wait. Makes a nice change for me to be saying nice things about GW, but their figures and models are still over priced.http://youtu.be/aFHKIFDjk9I


After writting about it, I had to post a link to the opening of Dawn of War. Three or four years old now, but still a classic! It made me swollow my harsh words about GW and buy the game!http://youtu.be/UID6LEzvRRo
Posted by Secundus at 6:06 pm 5 comments:

In memory of my good friend Owain Jones 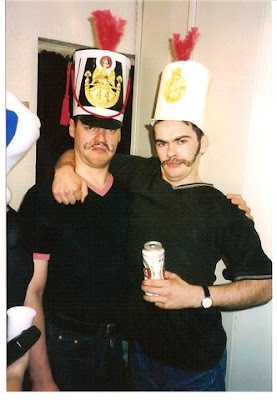 Finishing of the Legions 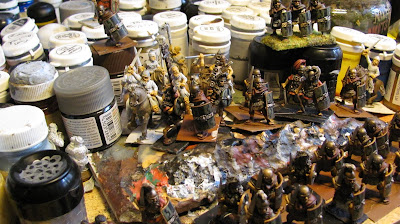 I have been racing through most of my old Legions and just finishing off the odd job here and there, this Pannonian Legion has been waiting for it's third Cohort for over a year, well, after a long drawn out march... here it is. 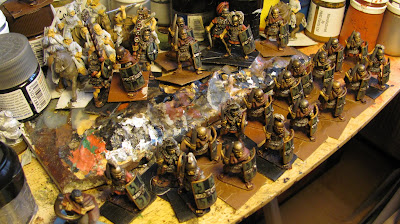 It still needs it's Primus Pilus and Eagle bearer to be totally complete, but they are on they're way. I also need to complete two other Eagle bases for two other Legions as well, but they too are on the to do list. When all is completed, we hope to carry on our Roman campaign but this time, using the COE rules instead of WAB. 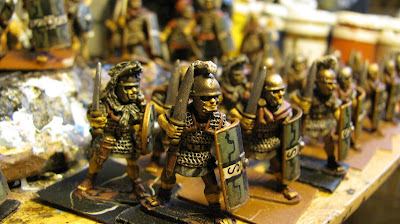 These figures are from Companion Miniatures. The crested ones are from the Foundry Caesarian range. I used Citadel Ink wash to shade these as I wanted more control and a quicker drying time. Black Ink for the armour and brown Ink for the flesh and equipment.
Posted by Secundus at 4:14 pm 11 comments: