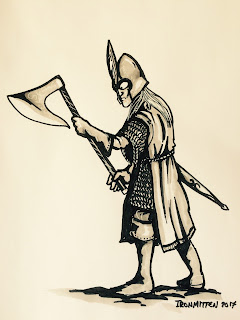 This is an idea I have for a unit of Elves for Dragon Rampant. They will be classed as light Infantry as with all my Elvish warriors but will have the 'venomous' trait added to them. This gives them a double hit on any six rolled on their attack. This will equate to the excellent quality of their Elven blades. The blades being able, on a good stroke to cut through two opponents at once.

My Elven units are very heavy on points coming in around eight points a company (12 men). They will be classed as Light Infantry but will also have Elven armour to give them a six saving throw ( to make up for their Light status). Being Light Infantry, they can move fast and really move some distance when needed.They will also have the aggressive trait to make them better in melee.

A house rule I intend to use is to ignore the rule that says 'wall of spears' (shieldwall really) has to be dropped if the unit is classed as aggressive. Both my Elf and Dwarf units will have both of these traits and It should go some way to show how skilled they are in combat compared to their human counterparts. All great fun. 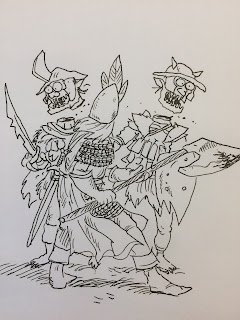 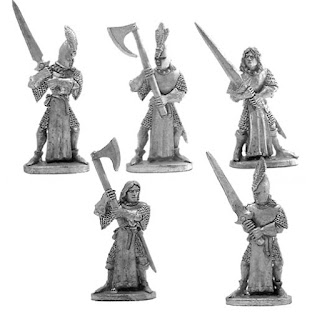 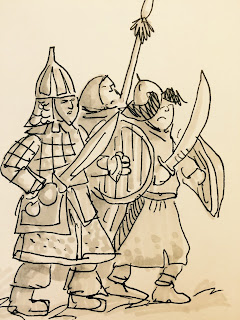 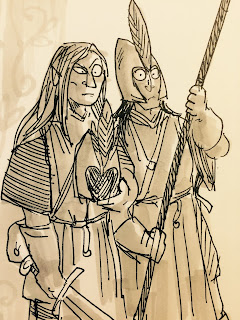 A quick Doodle to clear my mind so I can get on with thinking about work.


It's also a good excuse to try out some new grey marker pens. These are based on the old grenadier Mark Copplestone sculpts. Now available from Miriliton Miniatures and Forelorn Hope Miniatures.
Posted by Secundus at 3:06 pm 1 comment:

Labels: Doodle of the day

Painting Orcs can be a real pain in the arse. 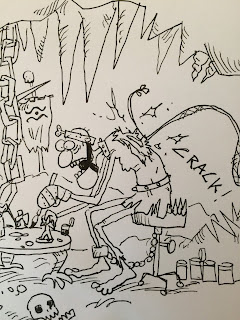 That's the problem with painting anything for the dark Lord, once you start he doesn't let you stop.
Posted by Secundus at 6:33 pm 3 comments: 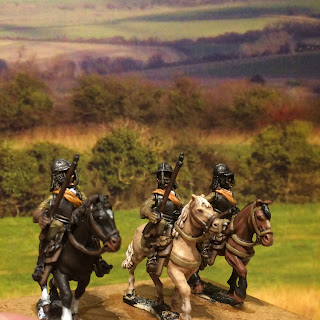 Here come some dour Round heads to crush Christmas.

Well I hope you all had a good Christmas and a New year. I was away for the holiday and so didn't really get a chance to pick up a brush or even read any rules. However, I'm back now and It's nice to be posting on here again. Here's to the next one, cheers all the best Simon. 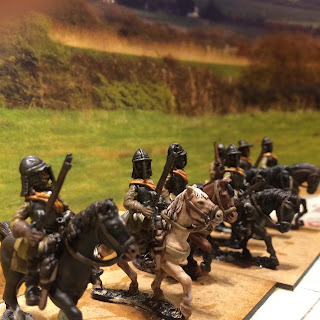