Hell on the Potomac! 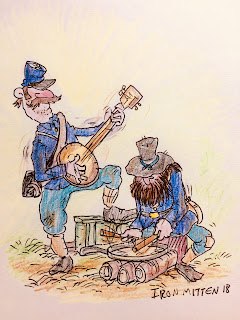 I don't know why but I started to listen to some music entitled 'Celtic rock' on You-tube and this picture came out... sorry.
Posted by Secundus at 4:40 pm 2 comments: 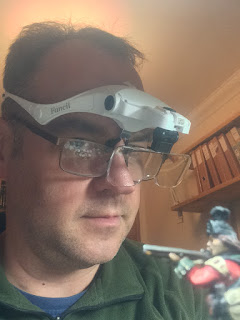 Thanks to a handy tip off the other day in the comment section, I followed a link to Amazon and acquired a nifty pair of new eyes for £19.99. I have to say they are really good and have made the world of difference to my painting. I can actually see belts and straps now where before, even with my painting glasses, things were getting difficult to see.

They come with about five different lenses of varying strength and a very handy head torch built in which does actually make a big difference. The benefit I have noticed over painting under the magnifying lamp thingy is that your brush is a lot freer and doesn't keep bashing into the lamp. It's very early days at the moment but the difference is huge, my eyes have been opened so to speak.

Since making my purchase I have noticed other brands on Amazon going for much less, always the way. 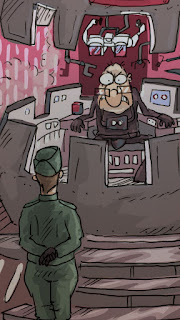 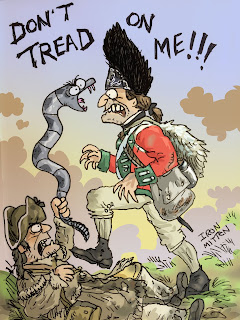 Labels: American War of Independence, Doodle of the day

Working out basing for AWI 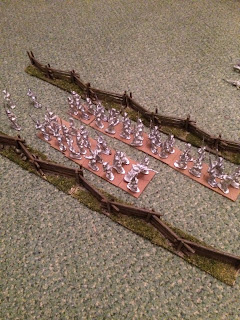 Here is a few quick shots of me trying to work out a good base size for my AWI project. The rules I will be using are the Bonnie Blue Flag rules for the ACW but obviously with a few range tweaks etc. 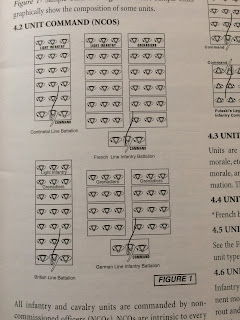 It's a toss up between having three to a base or four and still using my bases cut for my ACW collection which are 30x45mm. So basically, three with a 45mm frontage or four figs with a 30mm frontage. Both have their strengths... however, I know that the author of the rules mounts his four to a base and numbers are always good so I will probably go with the four to a base. In BBF it is recommended that units are six bases strong for a regiment. This works out well for the Continentals with the Brits having seven bases with the Grenadiers included.

I will be using 'Loyalists and Patriots' rules for the regiment strengths as this is a great place to start for unit composition for new comers. 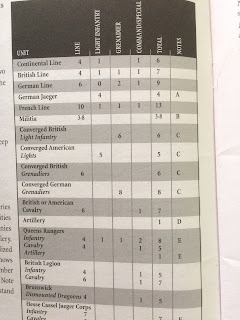 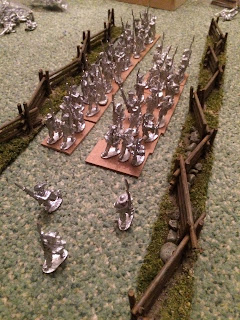 The smaller 30mm frontage will help with getting more units on the board with the extra bonus of a slightly higher head count too. One of the things I like about BBF is it's use of skirmishers that can screen units and are an active part of the regiment. For my AWI collection I plan to have a base of three' light' figures but also three loose, single mounted figures that can skirmish. I love the look of this. Having a solid base of light bobs also means I can put light bases together to form converged units. 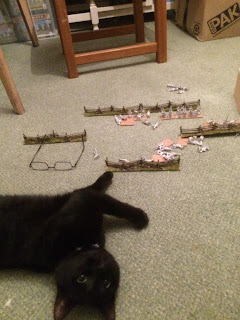 The Black death sweeps American in the late part of 1775.
Posted by Secundus at 2:47 pm 4 comments: