Off on Campaign again. 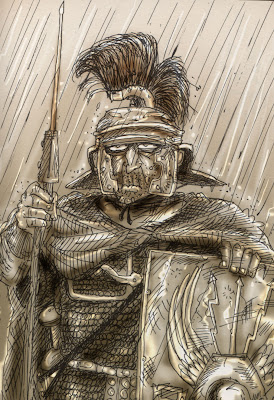 After having enough of the Britannia weather, I thought I would find an excuse to lead a expedition to Egypt to shake things up a bit. 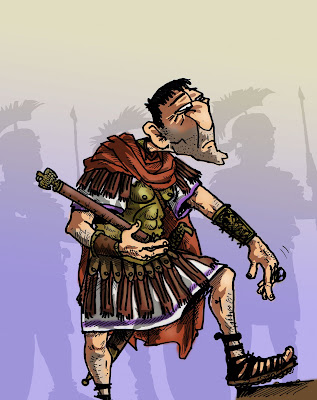 Remind them of the might of Rome and their true rulers... 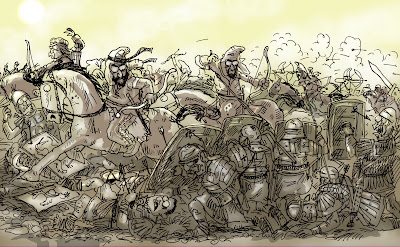 Then sit back and enjoy the scenery.
Posted by Secundus at 3:20 pm 9 comments: 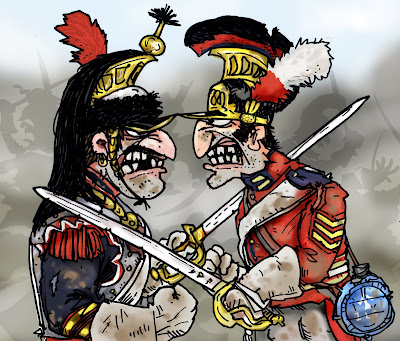 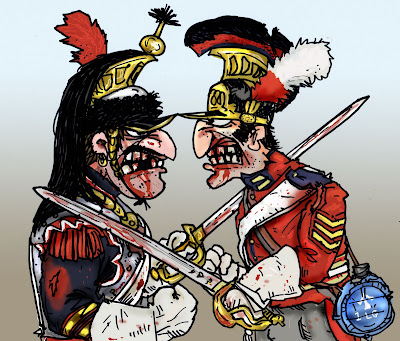 A trooper of the 1st Life Guards at Waterloo 1815 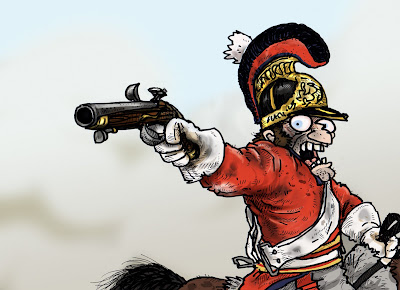 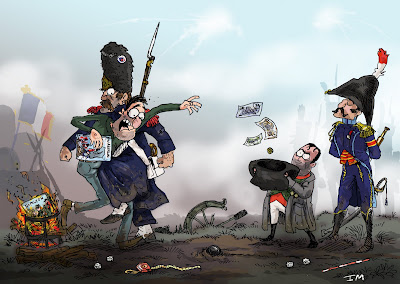 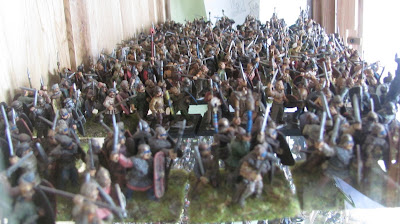 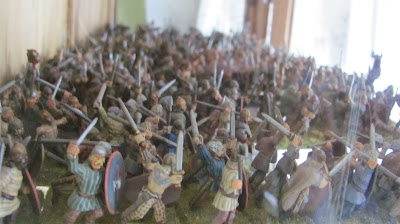 A sideways shot of my Celtic shelf. I love painting Celts ever since I discovered the Army Painter method. Mind you I still need to flock a lot of these. 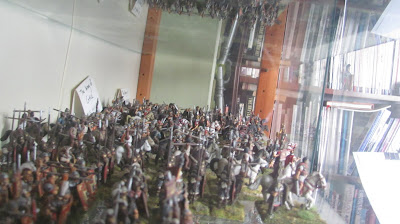 A quick shot of one of the many Roman shelves. I have been finishing off the last Eagle bearers for three Legions lately, so soon my Legions will be complete ( well, apart from any other units I add when the wind changes).
Posted by Secundus at 5:12 pm 5 comments: 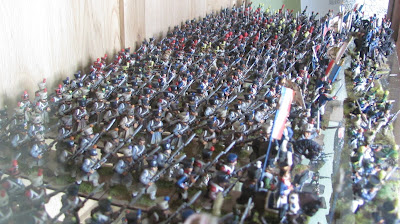 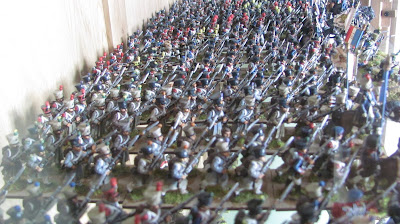 A quick snap of the french shelf. It looks nice but I still have to flock more than half of them still.

However, they are now all totally rebased with four on astand. This sets me up much better for a whole multitude of Napoleonic rule sets.

I have gone off 'Napoleon' from Foundry after they didn't support it in anyway. I am still waiting for the Waterloo army lists for the game.
Posted by Secundus at 12:31 pm 16 comments: 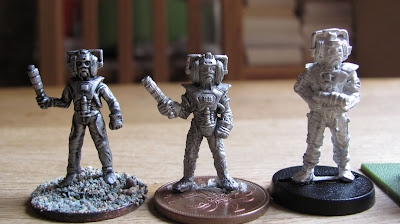 Here is a line up of the contenders for the forth coming Cyberskirmish. The smaller two on the left are old figures from Citadel, the first being plastic. The larger one on the plastic base is from Black Tree Designs.
The whole Cyberman order arrived really quickly which surprised me some what. Cybermen must be a lot less popular than WWII soldiers that's all I can say.
I've decided to go with the BTD figures as they are quite imposing and match the right size for Cybermen, who are meant to be 7ft tall.

I have been trying out different ways in which to paint up the Cybermen. Simple is often the hardest thing to get right and the Cybermen were very simple, being silver all over.

The silver flight suit was darker than the mask which was sprayed silver with no other details.
First I tried dry brushing silver over a black undercoat, the detail looked good but I couldn't get that DR WHO low budget look I was after.

In the end I copied the actually live sized suits and sprayed the figures with silver car paint. This works really well! I then give them a wash of Citadel black Ink and then dry brush their body armour with silver paint again. This adds more shine and makes the body armour stand out from the darker suit underneath. Very simple and the most important thing...very quick and easy to do.
Cyberleader; "EXCELLENT!"
Posted by Secundus at 11:18 am 13 comments: