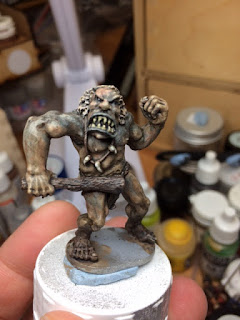 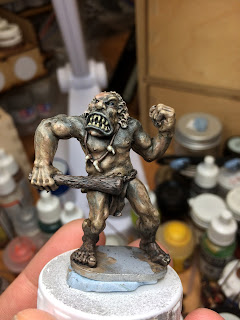 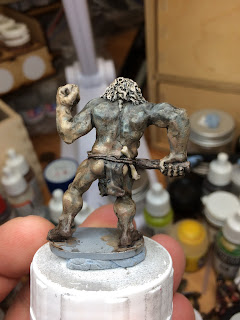 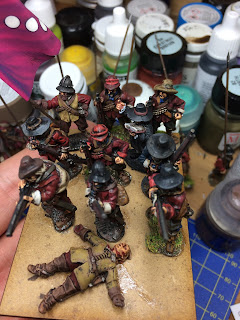 Being parliamentarians, I had to put a preacher in the back ranks. 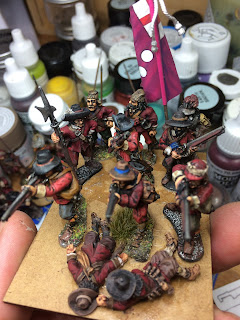 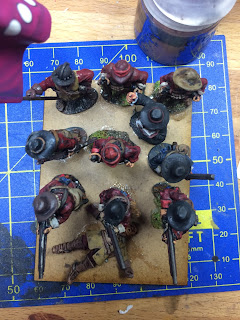 A unit of Musket for Pikeman's Lament. 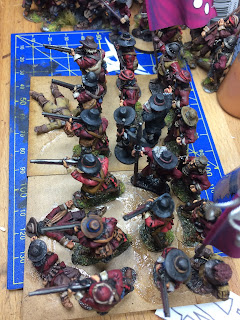 Two blocks of musket or a unit of commanded shotte
Posted by Secundus at 11:28 am 6 comments: 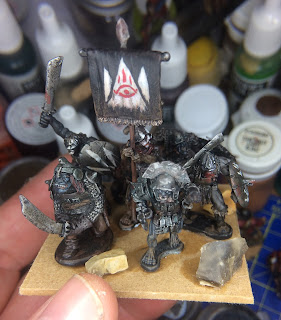 Centurion style captain with his colour guard of veteran blades.

The Nick Lund Hobgoblin and the Centurion became firm friends whilst stuck on the painting lolly stick together, It made sense that they were based next to each other. 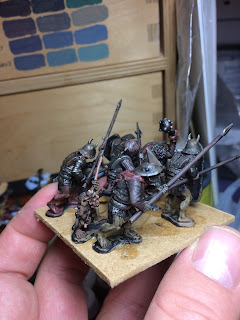 Warlord games orcs with arms and weapons from various Perrys plastic box sets. I also had a few lesser Goblins left over from before,These were great at filling up spaces and around five sneaked in to the bases, more the merrier. 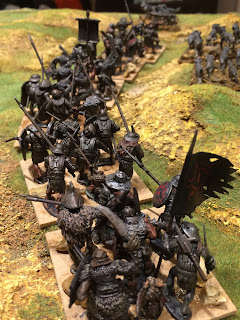 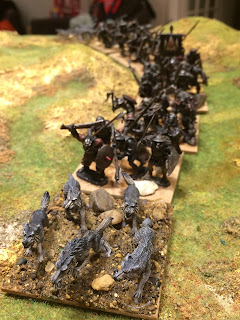 They marched as if a great black river had descended from the mountains and wolves were in their van. 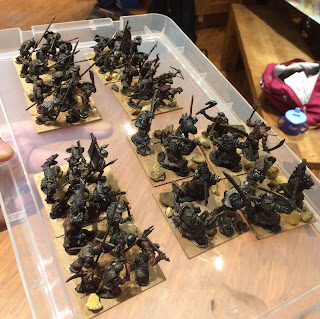 Three units of gundabad orcs with the large uruks at the front. You can see the size of these Beserkers now there are lesser orcs with them. 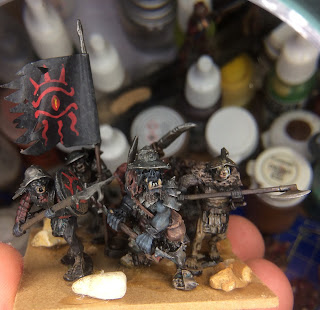 My guide for this Gundabad army was to use orcs that mirror the style that Angus McBride developed when illustrating the MERP rules in the eighties. A lot of figure companies have copied his style when making a range of orcs. My collection above are just a few, I'm sure I could find more if I looked. It's great for tying the army together with a general look and theme.

Above are orcs from Warlord games, Icon lotr orcs (now available from Forlorn Hope). Mark Copplestone Half-orcs too make great Gundabad orcs and bring some nasty looking swords to the spear units.
The beserkers are mostly Reaper Bones and a few metal ones too.
Posted by Secundus at 11:46 am 10 comments: 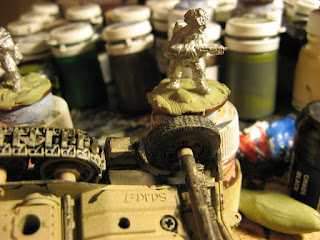 I sent these pictures to a friend recently to help him with some basing ideas. Well, I thought as I have them on my Desk top I might as well repost them. The full story is back on this Blog around 2008 I think. 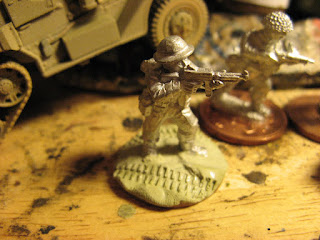 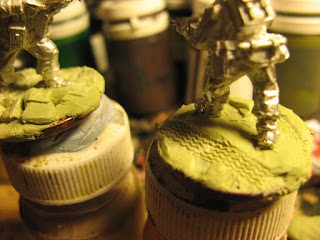 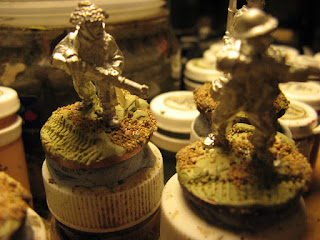 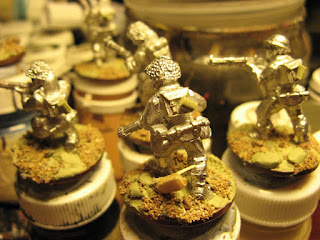 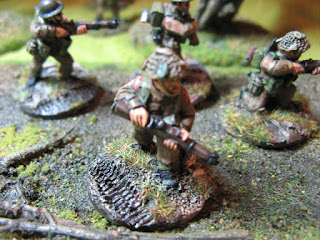 Once painted in dark brown 'mud' colour, I gave the tracks a wash of PVA glue to give it a wet look. The glue drys with a slight shine. 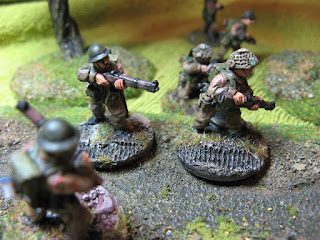