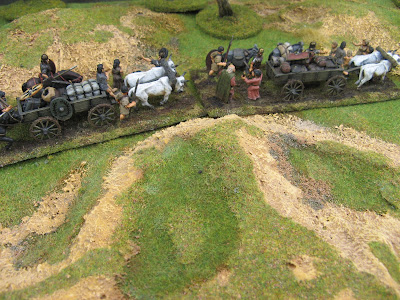 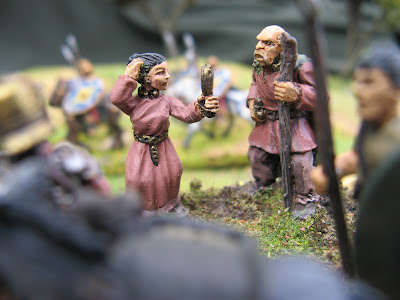 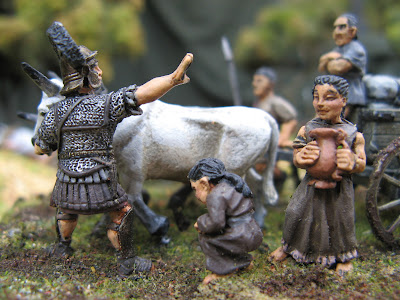 A Centurion of the guard holds up the Train until the road can be cleared of a fallen tree, sounds like an ambush to me. 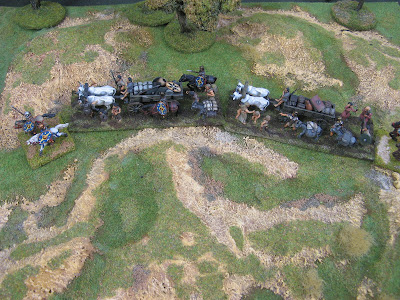 Back on the move again. However, these supply Trains can only go as fast as the slowest waggon, making them very venerable to attack in the wilderness.
Posted by Secundus at 6:57 pm 13 comments: 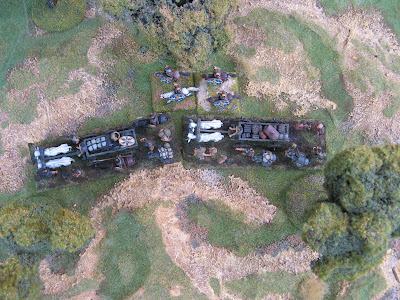 Here is an Idea I've been working on for quite a while now, a Roman baggage train. I thought of the idea about a couple of years ago when I was thinking up the Campaign rules. With all armies having huge supply problems and baggage trains I thought it would be a great idea for the Campaign to include some on the battle field.
I have made them worth 500 resource points in the game so well worth attacking. They have a basic stat line with two attacks and three wounds each. When attacked and taken they will bring the player 500 Denarii in game.

All enemy units passing within 12" of the Baggage Train must test on their leadership value, If they get under it they remain focused on the job at hand. However, If they fail, they attack the Baggage at once loosing all will for the fight in exchange of booty. This could make for some very interesting scenarios involving greedy War bands and less disciplined Auxiliaries. 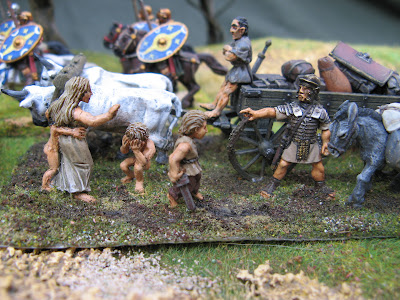 Kids Ehh...they get every where! 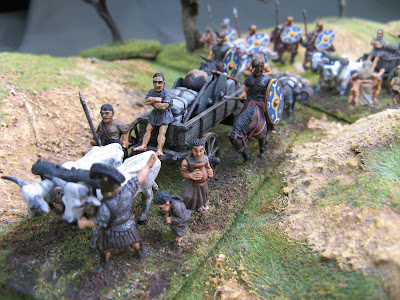 I have placed armed guards on the bases to represent the two attacks the bases get. These few Auxiliaries won't cause any real damage to fighting units, however the three wounds might just give them enough time to hold out until the much needed help arrives. 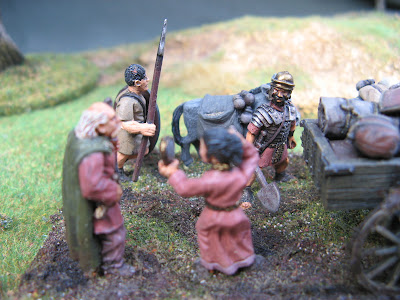 I have tried to make the bases look as non-combative as posisble by including women and children and old folk.
Posted by Secundus at 6:03 pm 2 comments: