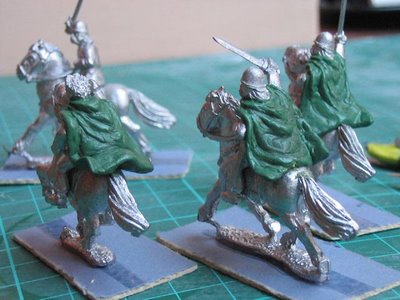 Here is my latest attempt at doing a bit of sculpting. This is a Celtic cavalry unit of 10 figures that I wanted to Romanize slightly and put it into my army of Britannia. I have another unit of Celtic cavalry and thought it would be nice to make them different from one another. I liked the idea of the one in Roman service having a loose uniform of sorts and so I gave them cloaks. 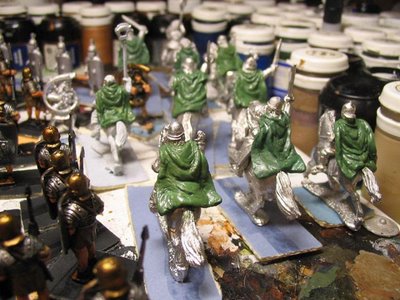 The cloaks will be painted a drab brown colour, nothing to flashy for I want these guys to reflect the harsh British climate. For some of them, I have choosen armoured figures to add a little variety but most are light cavalry and will be only carrying a shield. I think I will make the shields a uniformed colour as well, to help bring the troop together visually. 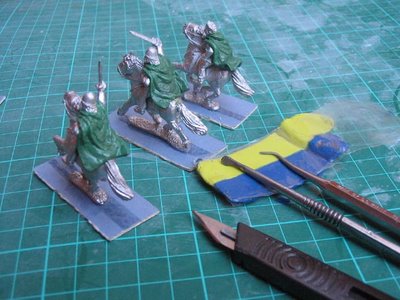 These old dentist tools that I acquired, make wonderful sculpting devices. Although I have six tools, I find I only use these two (pictured above). 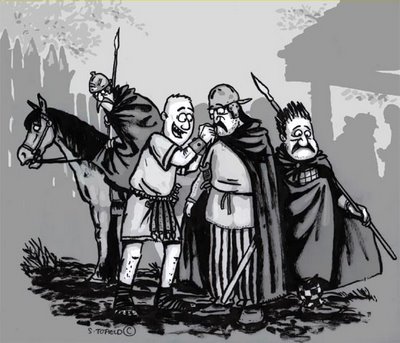 I love the idea of Celts in Roman service being given some kind of uniform as I'm sure they would of done. In the swirl of battle it would be important to tell friend from foe. The mighty Caesar got into trouble in Gaul when his men mistook friendly Gauls as enemies and retreated; the friendly Gauls had forgotten to wear their cloaks off the shoulder to show their allegiance as pre-arranged. Still, there will be none of that now with my guys. I will put pictures up as soon as they're painted.
Posted by Secundus at 11:32 pm