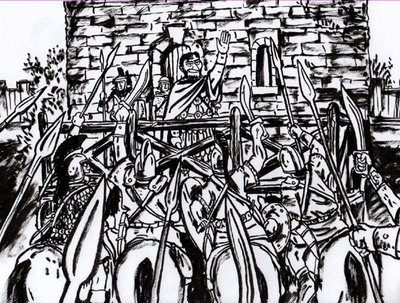 With Secundus now marching through Gaul, Tullus Holdrianus Hispanus decided to make his own bid for the power. In the march of 200 AD Tullus split his army into two Vexillations, taking one of them south into Baetica, which offered no resistance and welcomed the new Emperor with opened gates. It was in this month however that his progress was slowed slightly by bad supply lines and Tullus stayed in Baetica for another two months improving roads and supply routes. 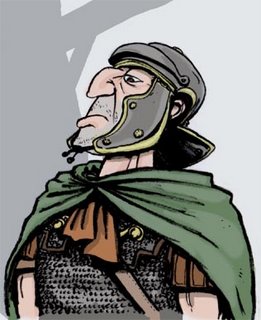 The other half of his army was now given over to an old comrade of Tullus's, Legate Lucius Silius Famia. Stationed in Tarraconensis, Famia was to watch the border and organize troops in the area. Hispania had turned from a back water province to one of frantic activity in the space of three months. Tullus was on the move.
Posted by Secundus at 2:00 pm