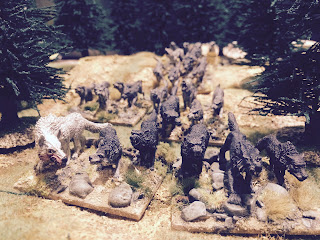 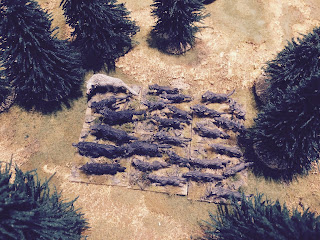 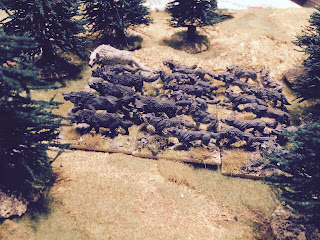 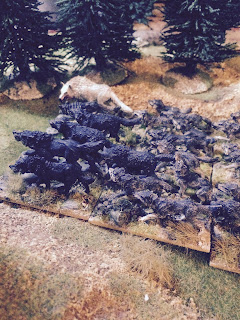 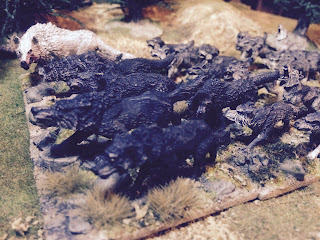 The Warg pack. The figures are from all over the place, most of the large Wargs are from Reaper Miniatures. The smaller wolves are made from a collection of Ral Partha, Reaper and various other unknown makes found on ebay.
Posted by Secundus at 7:11 pm