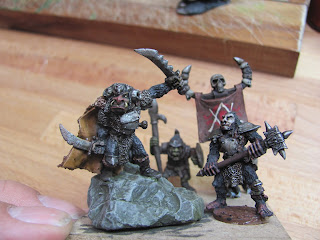 I found this hairy orc figure on eBay along with his loyal hammer man and thought they would be great for a command base. The Orc is too small to really make it in the Orc circles so he has tried his luck in the mines and It's worked out for him. Behind him are an assortment of large Goblin spear men to help back him up. 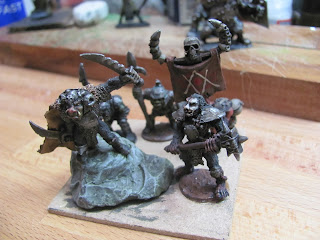 I tried placing him on a stone from the garden and smoothed over the join with 'greenstuff'. The stone was painted with Foundry grey and washed with a green wash.

I really like these two because they look like they have a story behind them. Covered in hair they make odd looking Orcs and I like the idea that he was shunned as an outsider, now he's back with murder on his mind and he has some backup too which makes him very dangerous indeed. 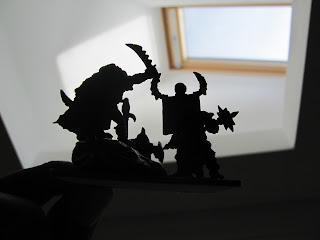 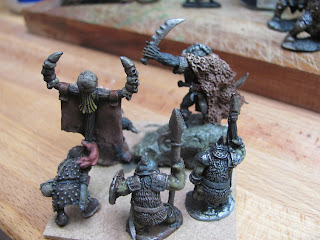 Goblin backup
Posted by Secundus at 12:10 am

I think this is one of the most significant information for me. And i’m glad reading your article.
scarymazegames.co
Mineblocks.net

If you don't mind me asking, who makes the guys in the background? Cheers, Mat