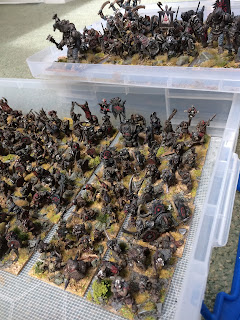 The army of Gundabad meets the Army of Mordor at last. The new Gundabad Trolls, wolves and armoured orcs finally get taken upstairs to meet join the throng. It's nice to see the wolf packs grow larger and I still have around 50 or so to base up...can you have too many wolves? Well I suppose they did make up one of the five armies so there must have been quite a few, that's my thinking anyway. Out of around sixty odd wolves there are twelve large black Wargs, these are much larger than their grey coated relatives. 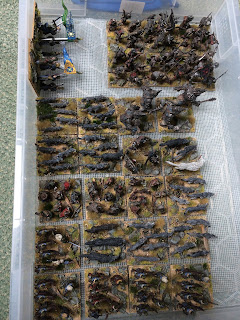 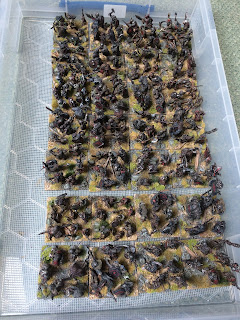 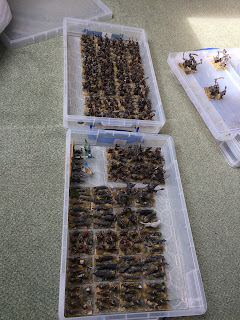 Need a new box, my beserkers are left out in the cold.
Posted by Secundus at 5:26 pm

As hordes go it's impressive. Still going to lose to the heroic alliance of men, dwarves and that lot, you know ... elves.

Great looking horde of darkness. Looking forward to seeing more in the future.