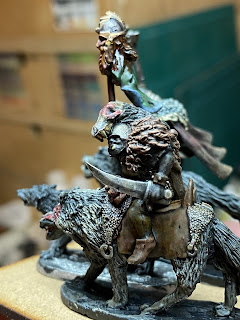 Finished painting the heavy goblin cavalry tonight, so thought a group shot was in order. These have all been brushed over with Army Painter Dark tone stain from the tin. It drys quicker than the Strong tone but I still left it 24 hours to be safe. 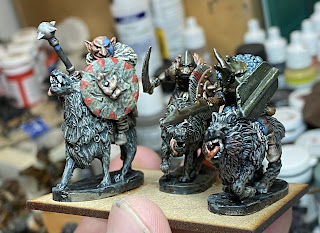 Flori went to check the East gate and was never seen again. I wonder what happened to him? I’m sure he’ll show his face sooner or later. 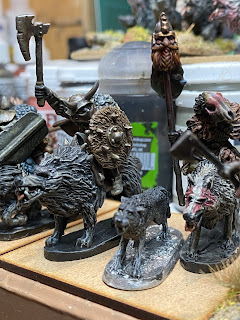 This latest batch will be classed as heavy riders in Oathmark.To help this look I built them up with green stuff and gave them big shields. This should contrast with the smaller spear and bow armed riders. 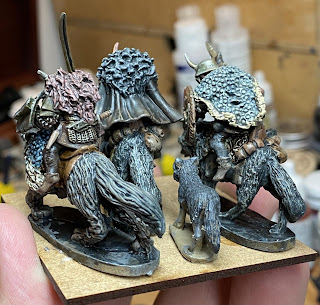 To give a sense of a big pack of animals I placed smaller wolves here and there on the bases. 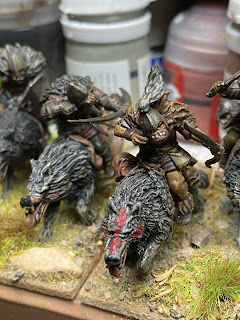 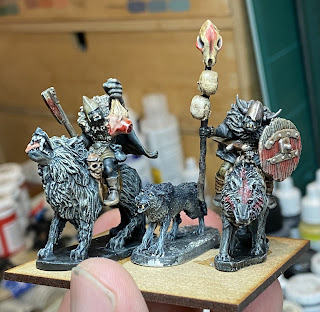 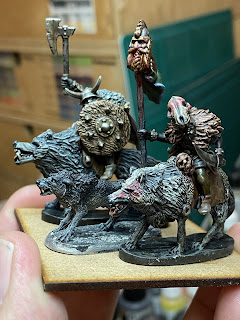 This guy is the leader of the whole lot. To help his leader look I chose the biggest Wolf in the collection and then beefed it up with green stuff. I also stacked on the green stuff to bulk out the cheiftain too. His axe is from a GW beast man. 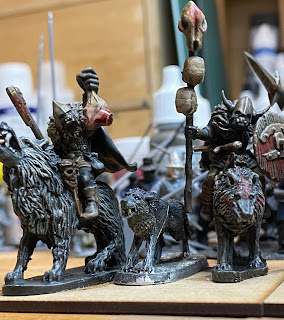 This cheiftain has an eye for collecting heads, this is reflected in his standard. I think the smaller wolf is hoping for table scraps. 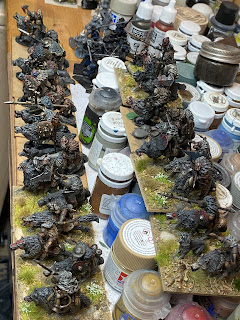 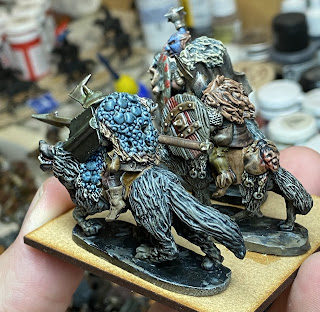 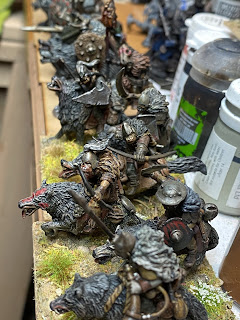 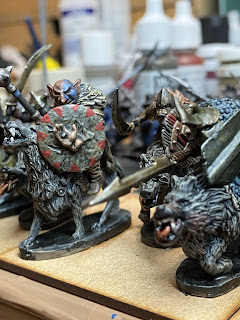 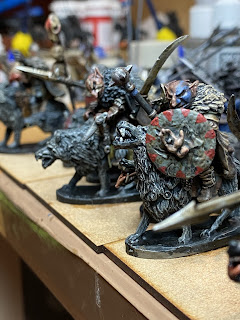 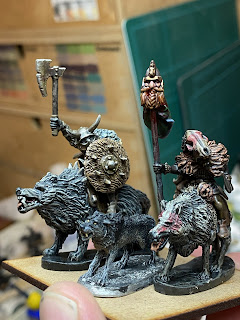 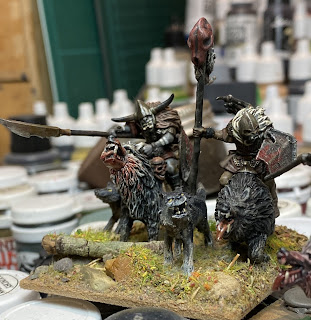 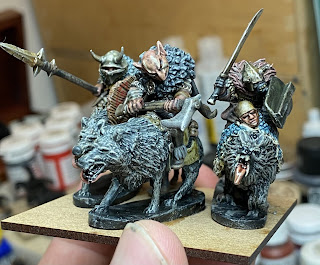 An old GW plastic goblin head was used to create a couple of  larger Uruk warriors. 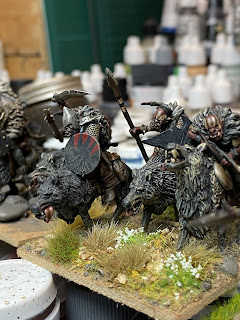 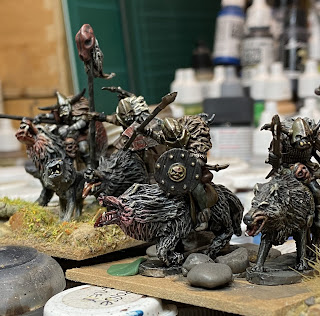 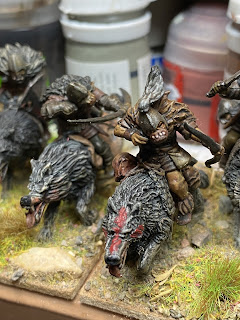 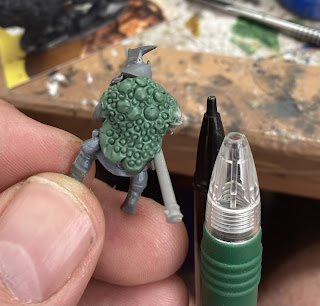 Troll hide created by different sized pens and pencils. This was painted in a blue colour to match my trolls.
Posted by Secundus at 10:40 pm

I really like these - I had thought the restrained palette was a bit too dull but once mounted on nicely textured and flock bases they leap out at you. Be nice to see them in acton some time. Oh! and the 'troll-skin' effect, or whatever you call it, introduces some great variety to the cloth, leather and fur.

I'm a big fan of your work on those orc models. I think you've got the right idea with the art design and a good variety of styles mixed within that. Great work.