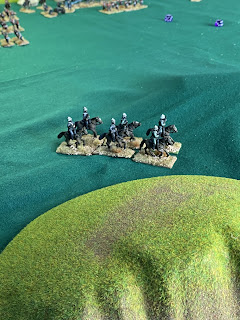 The second tussle of the afternoon was a 20mm ‘The Men who would be Kings’ Zulu game. Again I had never actually played the rules so this was great fun. I was shocked by the speed of the zulus. Their double move made them cavalry like as they swept across the terrain. The game was based on the battle of Isandlwana and the same outcome was achieved. 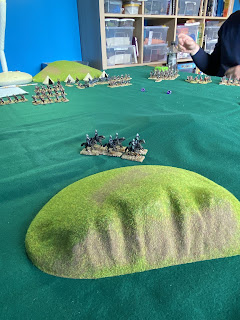 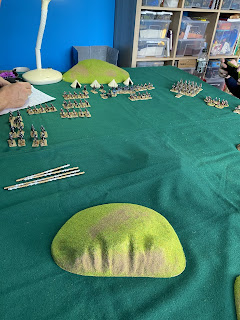 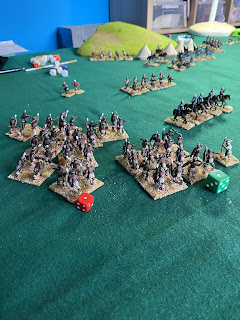 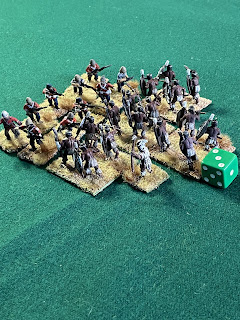 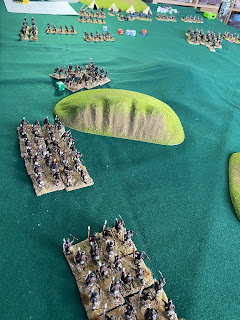 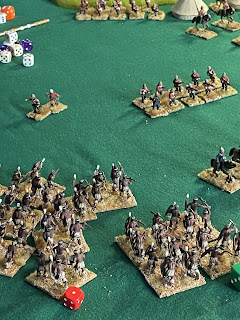 Although I started this project in 28mm for the same set of rules, I can really see the benefit of doing it in 20mm. The masses of Zulus looked great as did the British companies in formation. Also a lot more figures could be used on the limited table space. 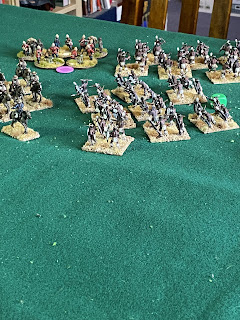 My little Hales rocket battery that I had created for my friend was soon engulfed and silenced. Even though I was on the opposite side, I really wanted it to do some damage. However, much like real life, it was swept away. Another fun game with a completely different pace to it.
At least this time I was on the winning side!
Posted by Secundus at 11:45 pm