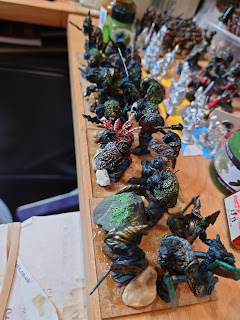 After months of waiting these slimy bone suckers finally get their bases. Each base is worth six wounds in Dragon Rampant. However, due to their large size I could only squeeze five to a base. I guess five Fomorians equal six wounds. The bases with the larger Fomorians will have three to a base, as they were meant to be giants this all seems good to me. 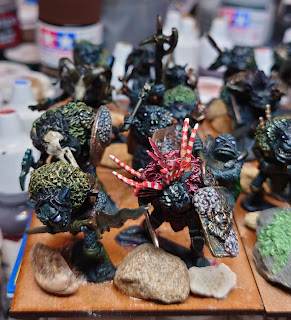 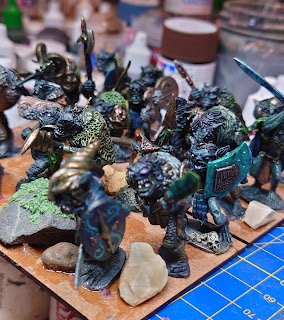 Two units of mid-sized warriors make up bulk of the raiding party. 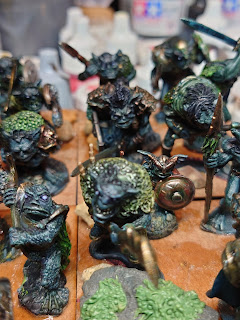 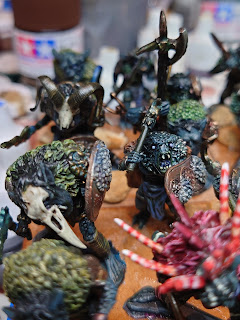 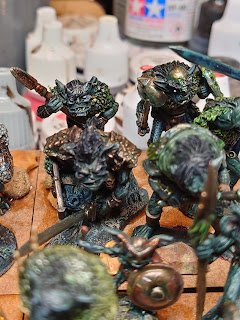 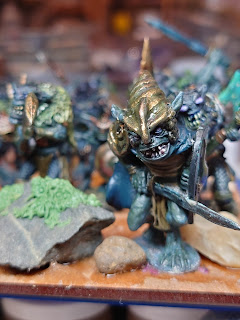 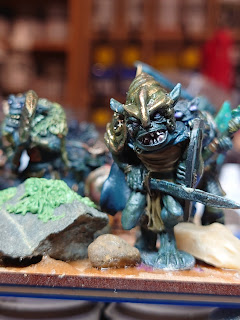 A Fomorian chieftain leads his party forward. They carry no standard as they have just crawled up from the sea. His helmet was made by twisting the green stuff around to form a spiral shell shape 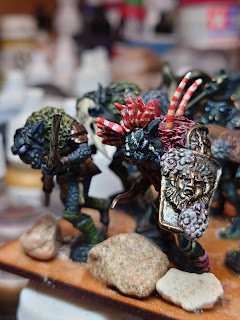 I plan to cover the rocks on the base in seaweed and barnacles like before. 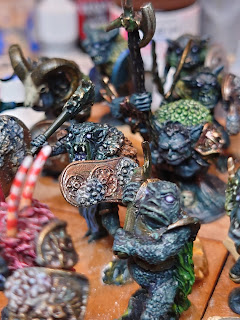 Any sort of fish or toad looking creature does not look out of place in a Fomorian force. It's quite fun keeping an eye out for new recruits. 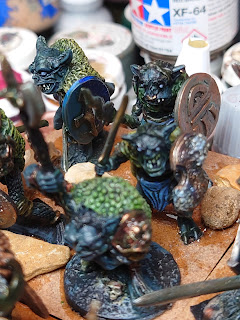 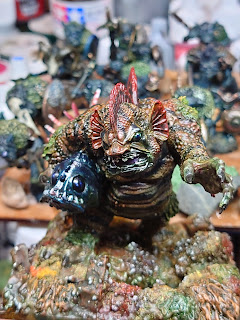 Heavy support for the raiders. 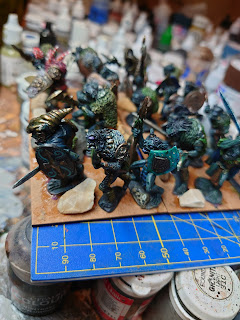 They are looking great…

All the best. Aly