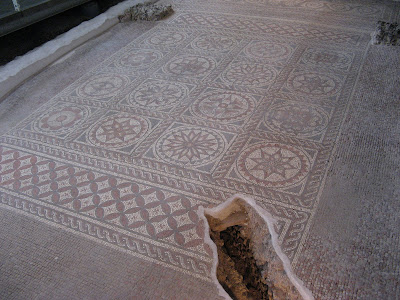 Here are some images from the Fantastic Verulamium Museum. Verulamium or St Albans as It's known today was the second Roman town to be raised to the ground by the forces of Boudicca in AD 60, after Verulamium was looted and burned, she moved on to Londinium. 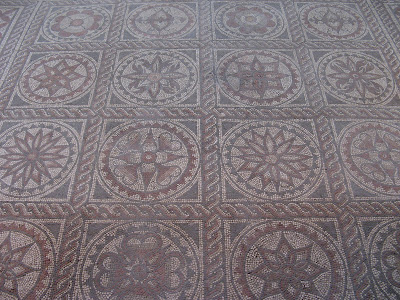 This stunning Mosaic floor belonged to a grand house that was built after the Iceni revolt had destroyed the town. 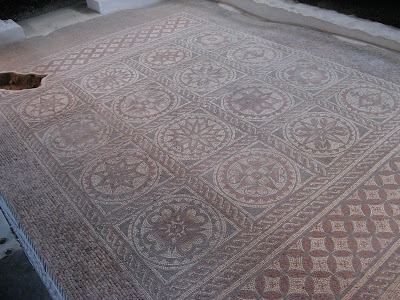 It had under floor heating and a section of the floor has fallen away to expose the hypocaust below. The level of craftsmanship involved to produce such a piece of work was breathtaking.
Posted by Secundus at 4:37 pm

Beautiful banner at your site as well, I am reminded of some wall paintings by the Mexican artist, Diego Rivera, such as this one http://EN.WahooArt.com/A55A04/w.nsf/OPRA/BRUE-8BWNY4. You browse more murals of his at wahooart.com.