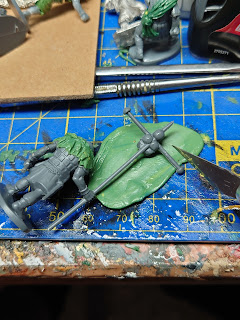 Creating a standard for these elite fighters. Green stuff was rolled out, then roughly cut into shape with a scalpel. 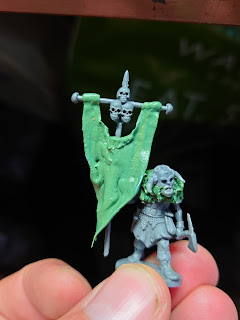 Once attached, the banner was twisted to look like the wind was catching it. 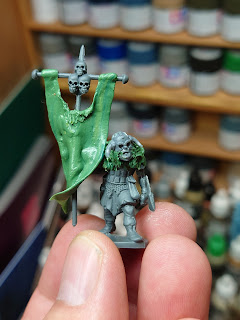 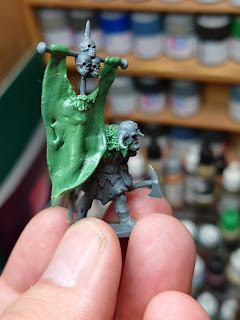 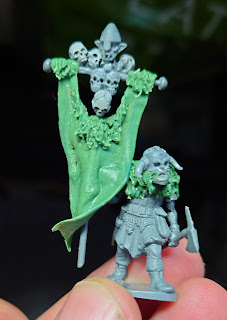 Once dry more skulls and heads were added to the grizzly structure. Even other orcs were not spared and their heads cast up in display. What the story is with the other Orc is, I guess we'll never know. 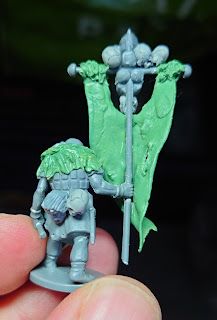 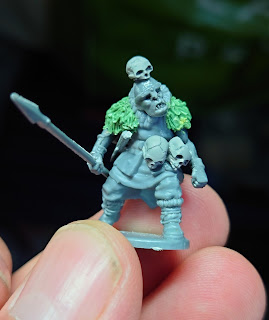 While I had my resin skulls at hand, I thought I would try this classic film look, of the skull on top of the helmet. 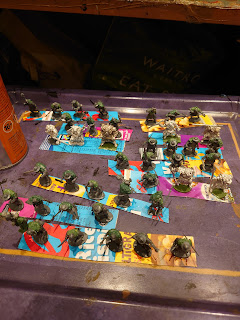 The Uruks were then rounded up in a field and bombed with black paint. It was nice to see all the green stuff start to merge into the sculpture once covered in paint. The new chainmail looked much better undercoated in black. 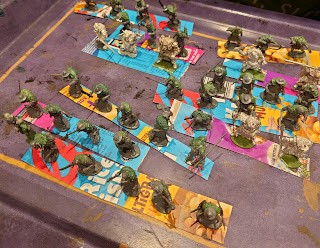 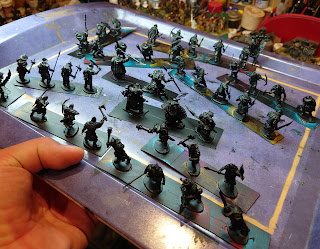 The next step is to grab five at a time and paint them up. A few very large Orcs were added to the line up from Ral Partha. These big well armoured Orcs will act as leaders and champions. 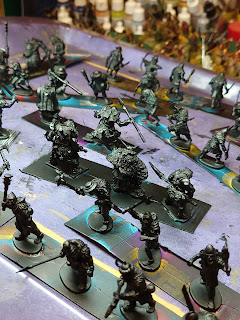 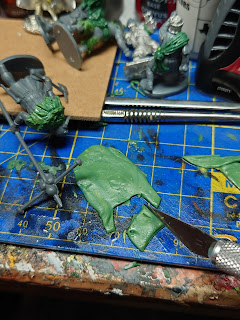