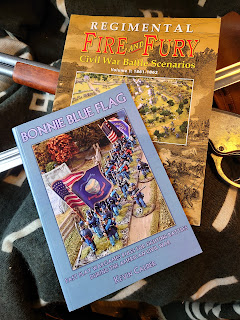 Well, what a great day! I have just found out that Bonnie Blue Flag and the Regimental Fire and Fury rules use the exact same figure ratio to size their regiments. My plan was always to use the Fire & Fury army lists for my battles in Bonnie Blue Flag, but I didn't realize they would match up exactly. It's a small thing, but it's made me very happy.
It means the massive wealth of research and detail of the Fire & Fury lists and maps can now be used effortlessly with the Bonnie Blue Flag rules, my chosen rule set for the period. 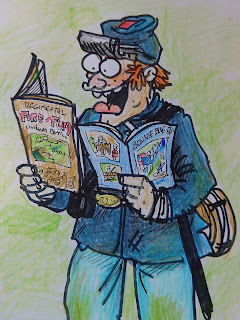 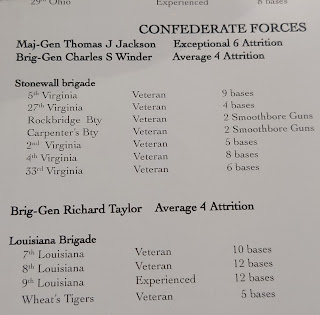 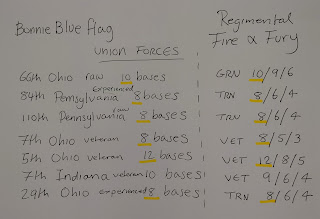 There are a couple of differences but not many. 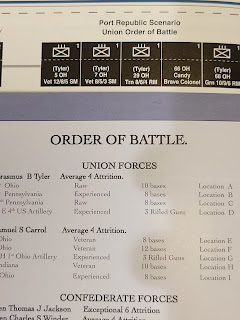 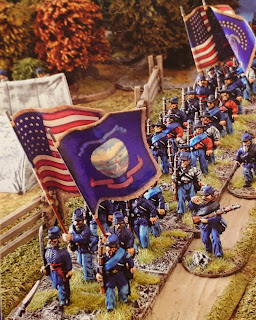 When I saw lists for the battle of Port Republic in Fire and Fury, I thought I would compare it with the one in Bonnie Blue Flag. I was amazed to see the exact same sized formations in both rule sets.
Bonnie Blue Flag only has one factual scenario in the book, so this is a real boon! Not only for the detailed maps and background, but also the regiment sizes for basically all the battles that Fire and Fury cover...which is a lot. This means that Bonnie Blue Flag shares the 1 base =40 men ratio with Regimental Fire and Fury. 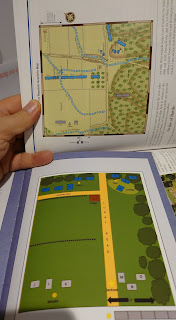 Port Republic maps in both rule sets. One of the weak spots in Bonnie Blug Flag was the lack of scenarios, with lists etc, I feel this now has just been fixed. Hurrah for the Bonnie Blue Flag! 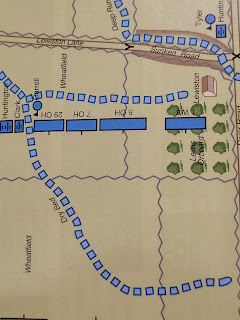 A close up of a detailed map from Fire and Fury.
I feel inspired again, where's my blue paint gone? 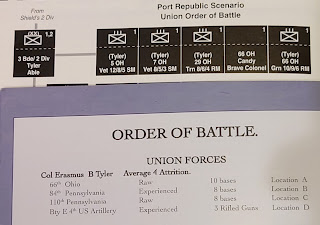 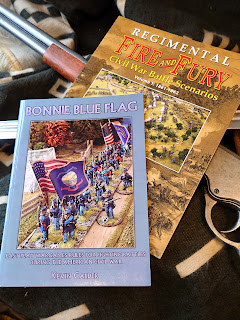 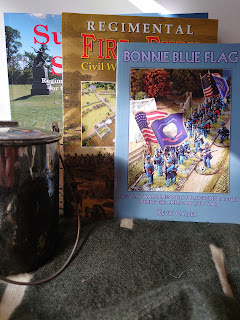 Another great find was the Regimental Wargame Scenarios by Brad Butkovich. I took a chance on eBay one day and was completely won over after receiving one of them. It wasn't long before I had collected them all. Again, these are perfect for Bonnie Blug Flag, filling the gap in scenarios. 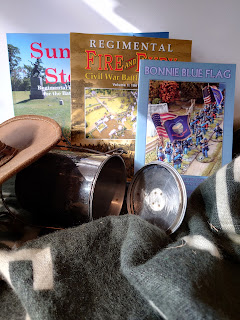 Brad Butkovich has come up with a clever way of creating the forces involved. There are multiple choices of figure ratios for each unit, to tell you how many bases to use, depending on your figure collection and style of playing. As my bases represent 40 men, I track along the ratios until I get to 40 to see how many bases I will need for each regiment. These lists have been painfully researched and worked out. Also, the weapon the regiment carried has been researched ( where possible) and listed. This too is a great touch for giving character to different units. These scenarios are worth tracking down as they cater for any rules and are a great gaming resource. 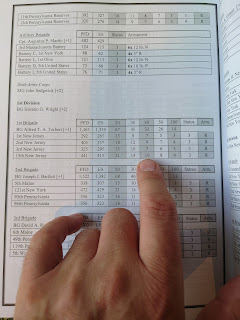 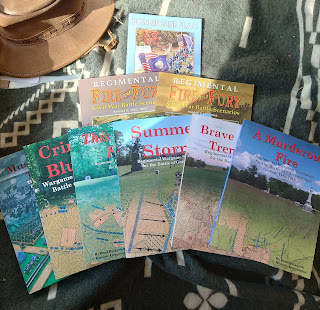