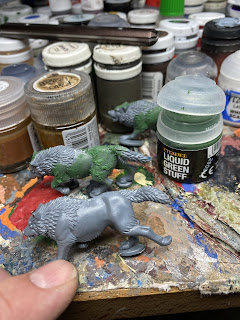 My box of wolf riders arrived today and to kill my curiosity I made up three of them. One thing that I’m not too keen on is just how smooth they are. I thought I would try a bit of liquid green stuff to create a slight texture on the model. It’s not great but looks so much better than it did before. 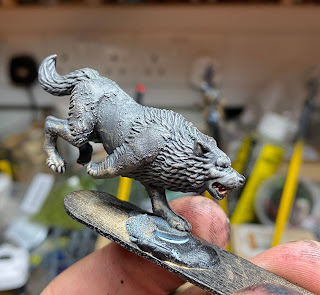 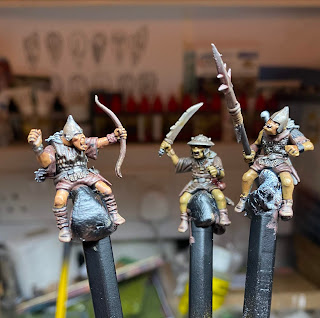 The Goblins are nice enough and very handy for extras for converting. Talking of converting, I couldn’t help tweaking with the riders, swopping heads and weapons with other makes. 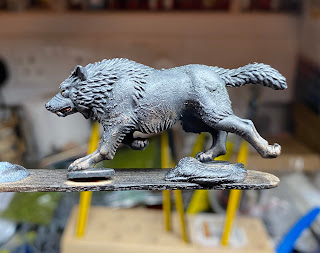 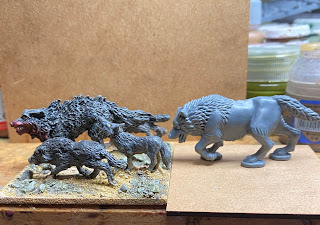 They are certainly Wargs as classed in Middle Earth. They are larger than all my warg models bar one ( Reaper Warg). So being Wargs I painted them black to match my others, this makes them stand out from the smaller grey wolves. 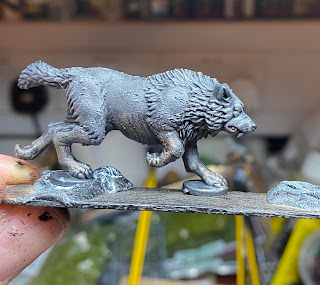 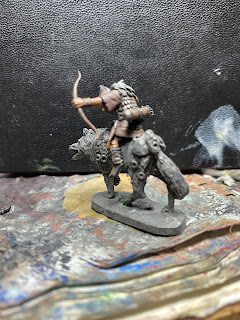 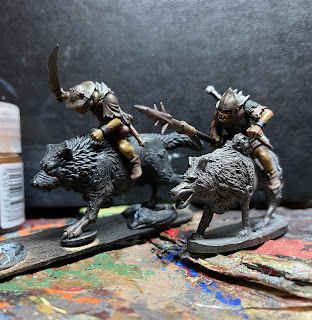 Of course there is also another option...using old Grenadier wolf figures instead of the plastic mounts. They are slightly smaller creatures in stature but have a load more detail on them. I do have quite a collection from the Eighties so two units of six would not be a problem. It’s a tough one and deserves a bit more thought.
I would never of used my old Nick Lund wolf riders for my new army, but a mix of Oathmark and Grenadier could work. The new plastic goblin riders are a lot more dynamic and have many weapon options. I see Warg riders as being mounted skirmishers so would arm most of them with bows. 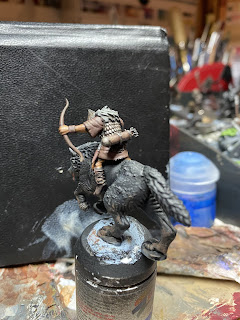 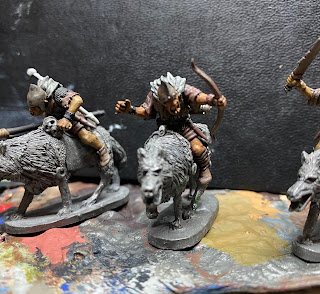 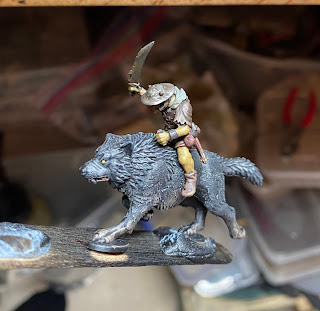 A shame to see the new wolves are not up to scratch, but the riders should scrub up well. Nice converting.