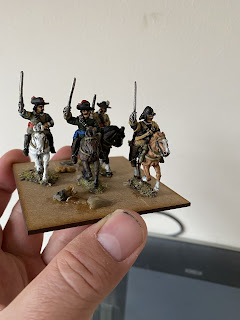 I thought I would take the opportunity to rebase some old figures I painted quite a while ago. After finding that four figures looked good on my Parliamentarians, I thought I had better do the same for the Royalists. This meant I had to beg and borrow odd figures to make up the numbers required, but a couple of quick paint jobs and we were up to strength. 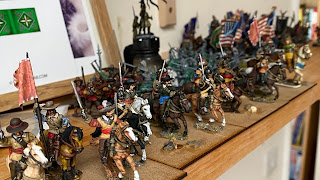 Around ten years ago when I painted these guys, I had come up with the plan of sticking Essex figures on Foundry horses.They work quite well and the horses have a good energy to them, which is why I chose them over the stationary Essex mounts. 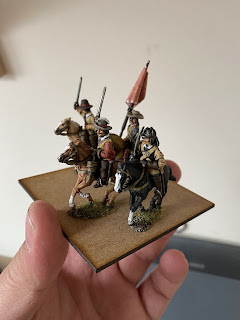 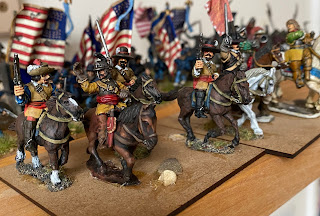 This officer above, with a quick sash repaint, helped to bulk up the numbers to make the unit. 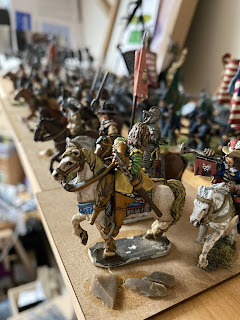 The leader of the regiment was a purchase off eBay around ten years ago. I think it’s Prince Rupert from Redoubt miniatures. Now he and his standard bearer can finally lead from the front.

These four bases make up two squadrons in Victory without Quarter. This number of bases basically makes a Regiment, although you could still add another squadron to make a large Regiment. 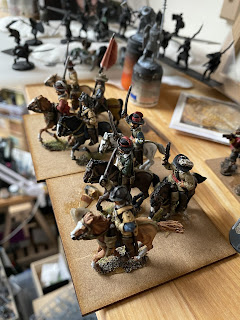 The large 80mm x 80mm bases are taken from an idea in ‘Beneath the Lilly Banners’. They allow my ‘gallopers’ to actually look the part, being more spaced out and disorganised, you know... a bit cavalier. This contrasts with my ‘trotters’ who are on 60mm x 80mm bases, more compact and disciplined. 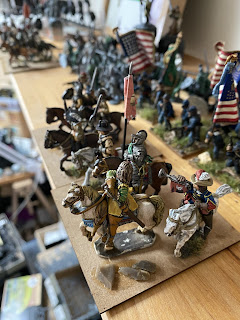 This was a quick little job but well worth it, now I have two Royalist squadrons for what feels like for free. Although the hard work was done many years ago, it’s kind of beyond memory. 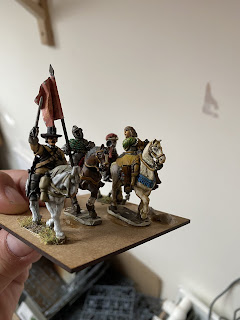 I like big bases and I cannot lie...
I might have gone a similar route of we hadn't already committed to our current standard.