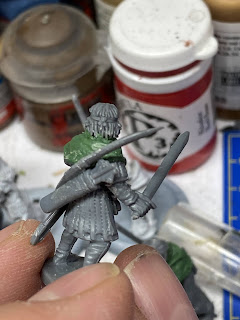 We I’ve been messing around with more human sprue in order to create the fighters of Esgaroth.

I had been collecting Viking figures up with the idea of doing this project for a couple of years, however, to get really close to what I imagine, plastic kits were needed. The Oathmark human set is actually a pretty good start. I had over looked this set at first but on second look, they make good Lake men. To this set other plastic sets were added from Fireforge, Gripping Beast and Frostgrave. 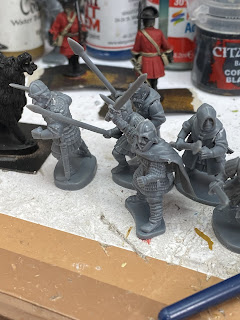 Rather than too many helmets I have gone for more bare heads and soft head ware. A kind of a militia look with armoured guys sprinkled in. 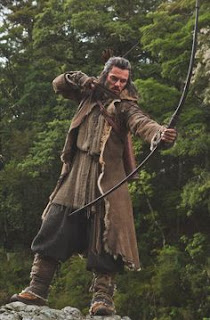 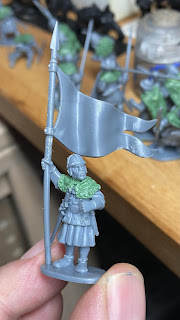 This standard comes from the Fireforge Northmen set. A single sprue off eBay was a good find. It also had some good commend arms on there too. 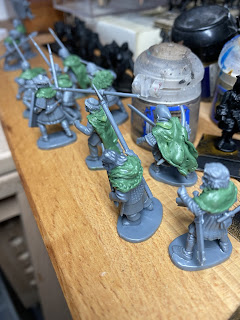 Green stuff was added to give a bit more of a fantasy feel. Lots of fur trims and cloaks help with the Lake Town look. 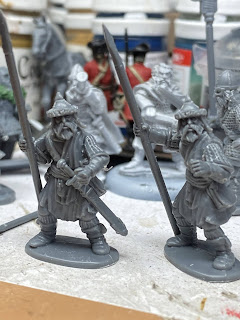 I recently just found these Frostgrave sprues today, these gave me great pointed helmets which could act as the town guard. I have made four of these and they will be peppered in the bases to give them a bit of backbone. 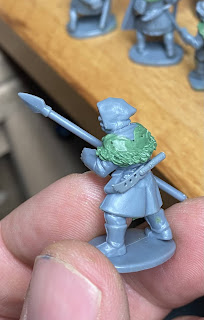 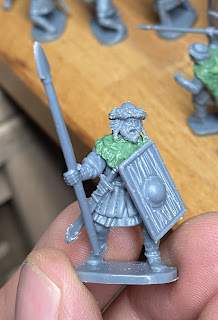 I imagined the men of Esgaroth to resemble Jomsvikings in a way. Slight cold weather clothing with lots of furs. 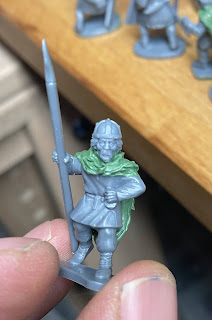 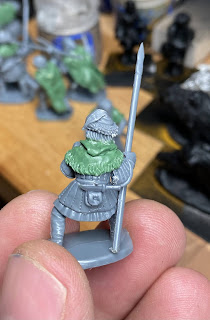 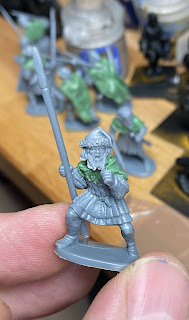 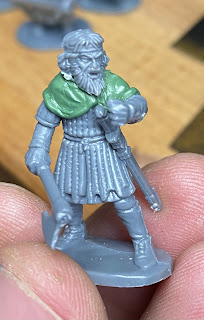 I really liked this figure when he was out together. The great head came from a Victrix Viking sprue. I thought he would make a good Bard.

I slept on this idea and in the morning I decided it was still a good plan. In the end I swooped out his axe for a long sword also I put a bow and quiver on his back. Hopefully this we make him look like the hero from the book, I quite like the fact he’s not in heavy armour. 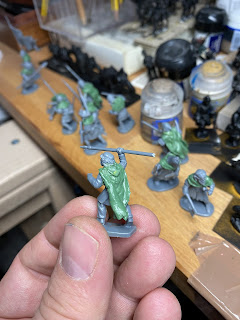 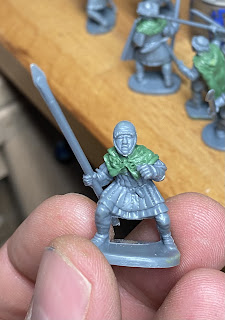 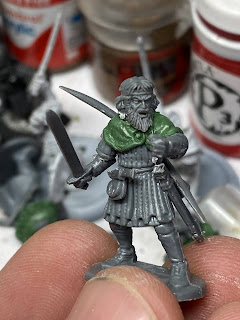 The new and up dated Bard the bowman. The great bow on his back certainly makes him stand out on the battlefield. 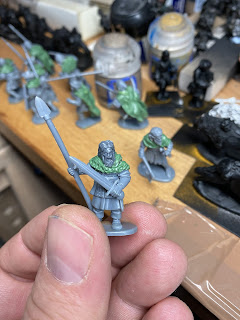 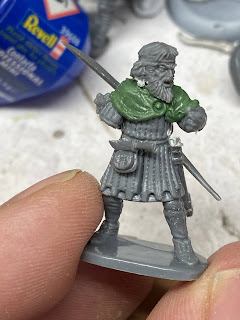 Bard mid surgery. Losing the axe was a tough decision but a sword is better for a hero. Also, the men of Lake Town were said to be armed with long swords. The body and arms came from a Fire forge box set. 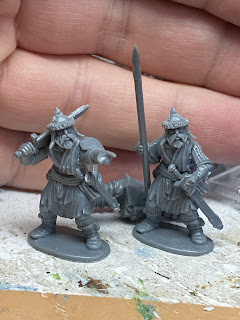 The  town guard will look good mixed in with the rabble. These experienced fighters are very welcome in the ranks of fishermen and boatmen of Lake Town. 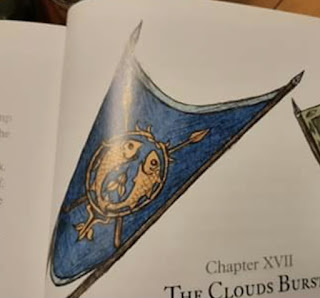 Great looking Lakemen, good blend of Northern and Eastern in these. The Town Guard are superb!