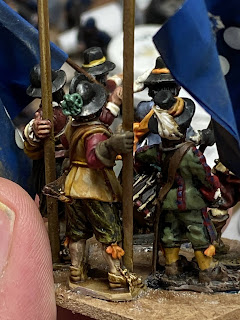 I’ve gone a bit green stuff crazy today and kitted out a couple of battalions in field signs. The Williamite troops was a must really as they wore green foliage in their hats to differentiate themselves from James’s troops, who wore white cockades etc. As seen below. 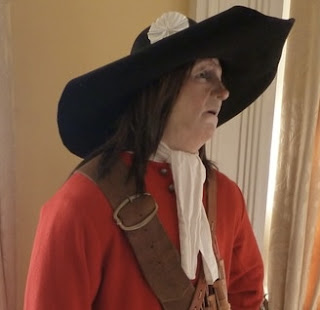 However, as I had made too much green stuff... I mean who doesn’t. I thought I would kit out the Trained bands in some foliage as well. I left it off the pike block as it was too tricky to get amongst the pikes. 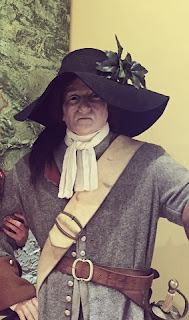 This looks to be a Danish soldier fighting for William. 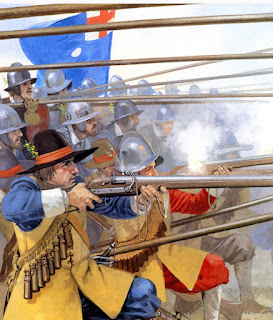 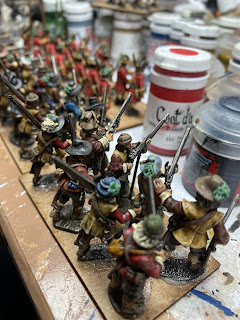 Trained Bands get a new look. It could be that people just say “ oh I like the green feathers... did they have green feathers in those days?”. Well that may be, but I’m hoping once painted it will look like foliage instead. 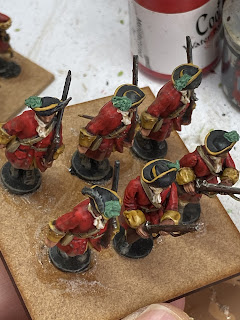 This the the main reason for doing it, the Williamite forces, I think it creates a focal point and helps take the eye off the multiple single poses. So I’m happy with this lot. 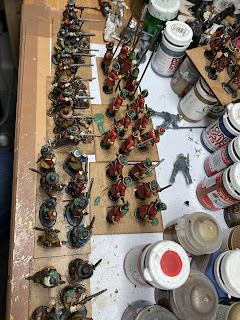 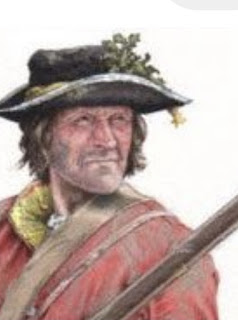 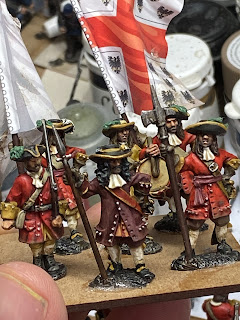 The officer was the only one who turned down the offer of a free sprig... he was shot three days later in a blue on blue incident.

The field signs were added once everything was painted and varnished which wasn’t as bad as I first thought. I might do it this way round again.

The nice thing about using green stuff is once dry, you don’t have to paint it. Hopefully a grass green highlight should be enough to make it look like foliage. 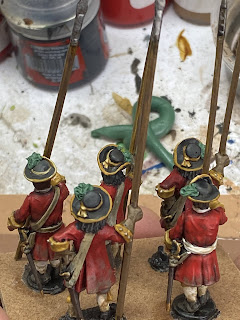 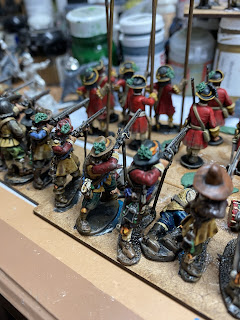 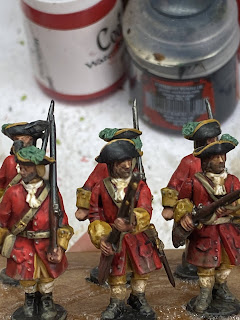 Thanks Ray, they were surprisingly easy to do. I thought they were going to be a lot harder to achieve but turned out quite simple and quick to do.