The winter months passed quickly for the two would be Emperors and their growing armies. Secundus suffered alittle from a shortage of pack animals which set his road building plans back a month, however, roads were still completed in Raetia and Germany.
Tullus too took the slow, cold months to lace his new provinces with roads, seeing new roads built in Baetra and Numidia. However, building the long narrow roads in the shifting sands of Numidia was no easy feat, but Roman sweat and craftsmenship won through in the end.....as always. 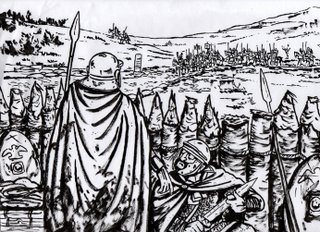