At the head of his newly appointed German bodyguard, Secundus journeys through the north of Italy towards the capital. 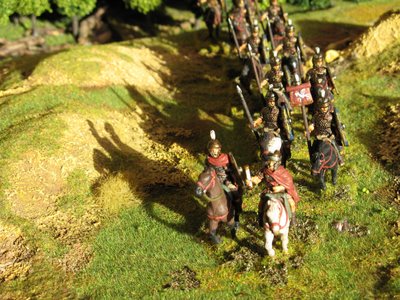 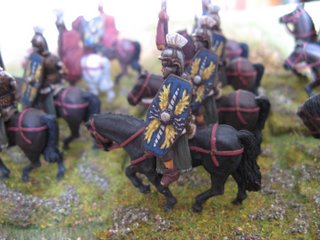 The unit Secundus has trusted with his life, is made up of the renown Batavian cavalry. The German tribe paid no taxes to Rome unlike all other tribes in the Empire. This said, there was still a price to pay, for the tribe were natural fighters and Rome demanded that each year a certain amount of Batavians inlist to fight in the Roman army. The Batavians were also known for their ability to cross rivers in full armour, a skill lacking in other Auxiliary units of the time and one that was used to great effect in the conquest of Britain.
Posted by Secundus at 6:45 pm