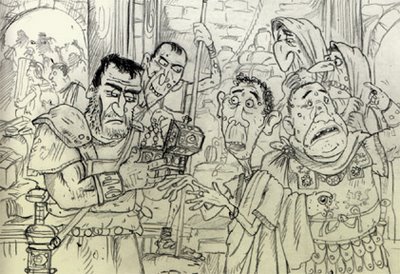 Panic sweeps through the capital as Secundus and his army grow closer. Lucius Plaudicus and the other leading senaters run from Rome and buy safe passage across the sea to join Tullus in Africa.
Tullus had no idea, that when the Senate had backed him in Rome, he would end up having to feed them all and put up with their constant bickering in Africa. A ship full of politicians was the last thing Tullus wanted to see turn up as he made his plans to invade the inner provinces of the Empire.
Posted by Secundus at 2:04 pm