After buying the governors with gold coin, Alanicus now buys the hearts of the people with devine gifts. A huge temple dedicated to Saturn is erected in Thrace and thousands of people flock to see it unveiled. Alanicus sends word from Egypt sayings with such an offering, the Gods will surely be on his side and only victory can follow. The crowds go wild as Alanicus's letters are read aloud in the forums and public places. 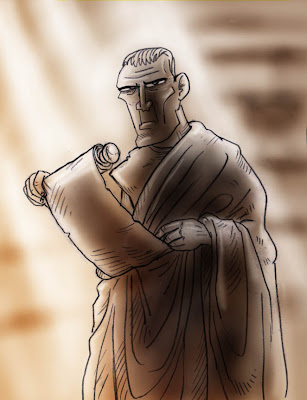 The small matter of Achaea rejecting his bribe for loyality is quickly hushed up, so not to spoil the party atmosphere. The field Amry of Thrace quietly slips away the under cover of darkness and takes the reluctant Greek Province by force. The gaining of yet another Province is put down to Saturn's satisfaction with his new temple. Alanicus now has the people of Thrace wrapped around his little finger.