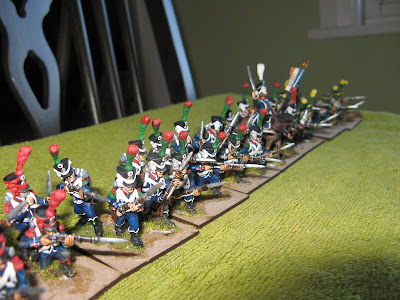 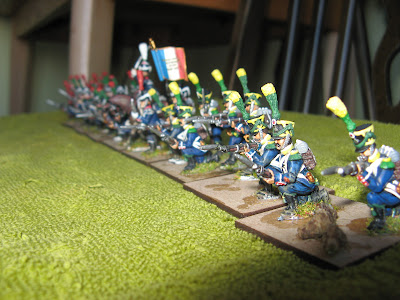 Again, this unit has been re based into a 24 man Regiment. This is one of my favourite Units in my French army, partly because of the time it took me to paint with all the detail. It is an early Light Infantry Regiment from Front Rank Figurines. 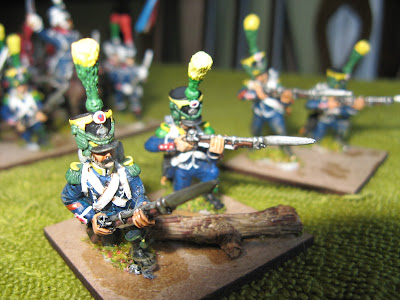 Unlike the other units, this one was tricky to base because of all of It's levelled muskets. The bases were difficult to arrange and I pushed the men presenting as far back as I could on the base, so they wouldn't stick out too much at the front. Even with my best efforts I'll have to leave a slight gap in between each rank when they're in column. At least the British will be in Line most of the time when they are on the board and won't suffer too much from this annoying problem.
Posted by Secundus at 12:26 pm