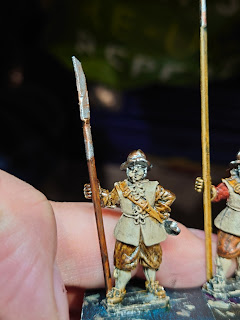 Unfortunately when you order from Redoubt Enterprises these days, the once separate heads are now resculpted so they are connected. This is a bit of a shame as it takes away the fun of placing the head how you want it and the variety you used to get. However, my biggest gripe is that many of the new heads are badly cast and seem to be split down the middle. This is a bit poor really, but I guess the company does save a fortune in all those extra heads it once had to produce. 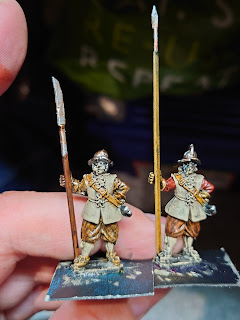 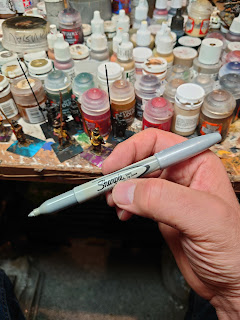 Here is a tip I got off YouTube, using a silver Sharpie to colour in swords. I used it to run along the edges of weapons to give them a sharp look. I found it useful for doing tiny buckles and scratches on armour too. 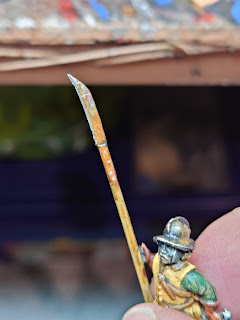 I used the Sharpie to dot in rivets on the crude blade weapons, later I circled these with a small permanent pen. 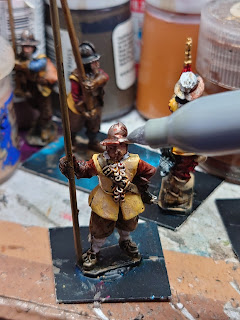 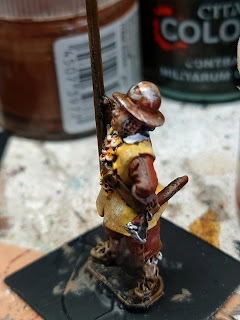 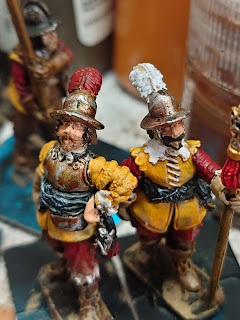 These two officers having changed sides when war was declared, still have a very Royalist look to them. I chose a black sash to match the standard colour and so they can be used on either side if needs be. 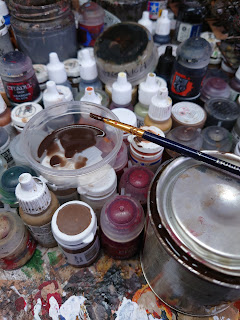 Here is something that I'm really pleased about. After trying the technique with my struggling Dark tone dip, I thinned out my Strong tone with good results.

On dipping the first batch of pikemen, I found the dip was too dark and thick. A cap full of Turpentine really helped to thin it out. The results were better and the figures dried in half the time. 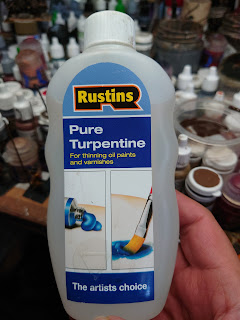 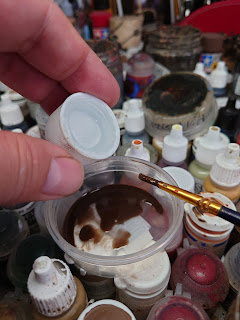 Adding a cap full of turps to a blob of dip gives good results. You can tweak the mix either way until to get a good consistency. 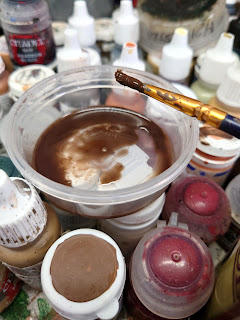 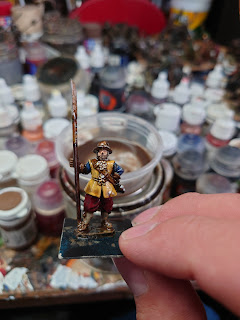 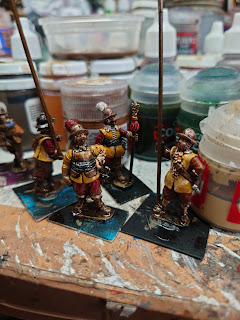 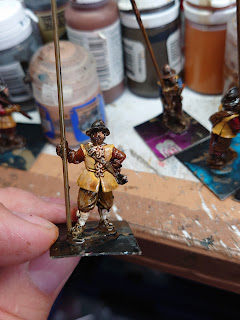 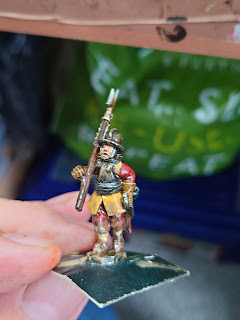 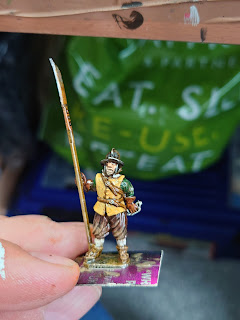 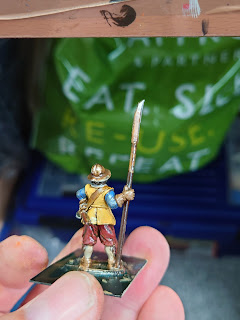 Here you can see the rivets on the pole arm. Silver Sharpie dots, circled with a permanent fine marker. Looks good from a distance and easy to do. I think it adds a little something. 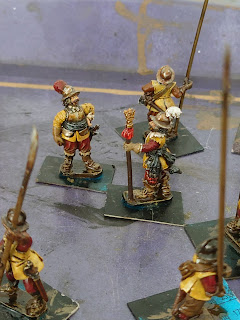 A group shot of the new subtle shaded gentry. This method may stop the need to highlight after the dip is dry. 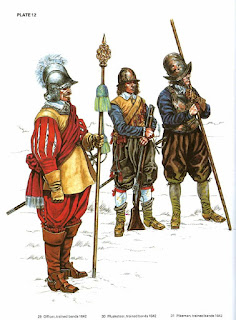 I copied the rusty, second rate look to the armour from this illustration. I was lucky enough to find an officer who almost matches the one above too 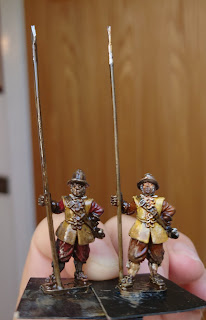 Two shaded pikemen, the first is straight from the tin, the second is thinned down. 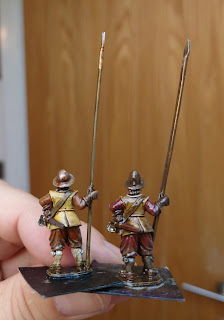 Lovely work, the ECW units are fun to follow. Good advice on thinning dip. You can always use a new tip!

Very nice! Shame about the Redoubt heads, they have really b****red them up. :-(