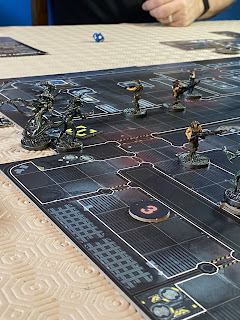 Had a couple of fun games this Sunday, one was very close to my heart… Aliens. I’m afraid the marines didn’t make it and a huge swarm of Zeno’s at the end, wiped them all out. I fancied a challenge so played the inept Lt Gorman.  He had a lucky run but it didn’t last long before he was dragged away through the vents. 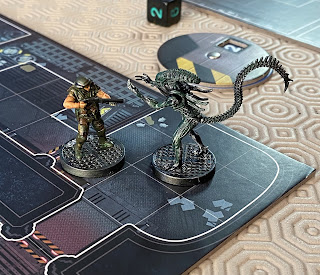 Hicks takes down an Alien warrior. 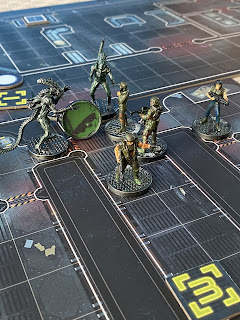 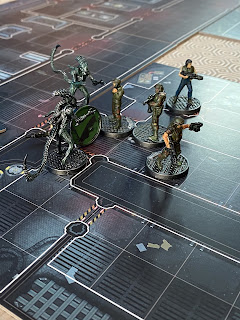 Lt Gorman tried to use a smart gun but was unable to control it. This was his last act.
I’m sure this game was invented so people can just spout ‘Aliens’ quotes for a couple of hours. ‘Game over man.. game over!’ I think it’s an important part of the game! 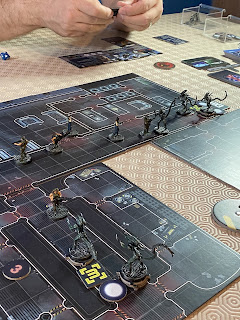 The next game was a board game of sorts, based around the D-Day landings. It looked very complicated at first but the combat was very simple and easy to learn. Also there was a very nice order of play that made everything bounce along nicely. 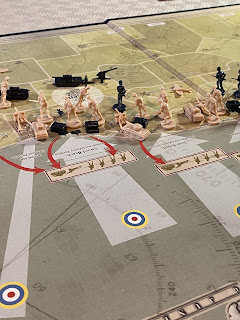 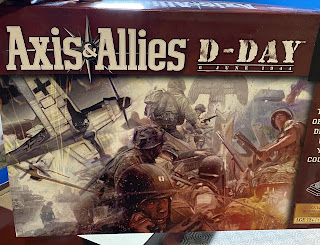 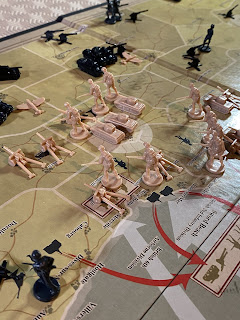 It was very scary seeing the amount of German armour appearing on the board, however, the Allies scraped a victory at the very end. A close run thing. 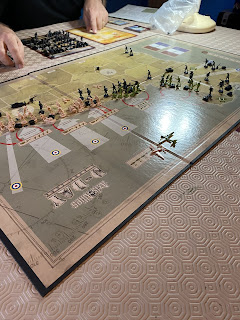 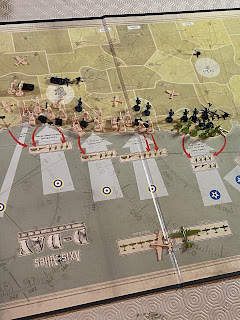 There were some nice touches in this game like Allied aircraft harassing German troop movement and bombers laying down bombs on chosen areas. 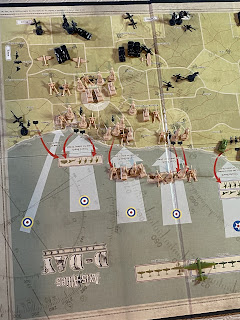